10 of the Most Amazing College Libraries in the US

Need some inspiration? These incredible libraries will make you want to spend your time studying. Whether you’re into high-tech collaborative study spaces or cathedral-style reading rooms, you’re bound to want to do some learning after looking at this list. Here are 10 of the best college libraries in the US: 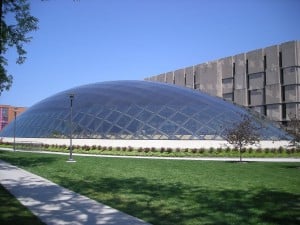 Mansueto Library features a naturally-lit study space above ground (“the bubble”) and also a 5-story underground book storage facility below ground. Students request books on a computer terminal, and robots retrieve them from the underground stacks. Mansueto Library opened in 2011. 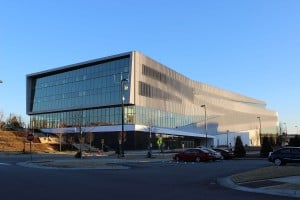 High tech and spacious, the James B. Hunt Library opened in 2013. The library contains extensive collections in the engineering and sciences, stored and retrieved by a robotic organization system. It’s also home to plenty of modern study space. 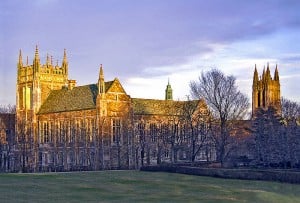 Bapst Library opened its doors in 1924. Students affectionately know it as the “Harry Potter library” because of its resemblance to some movie scenes. Officially an art library, Bapst is also open to all BC students and features about 400 individual study spaces. 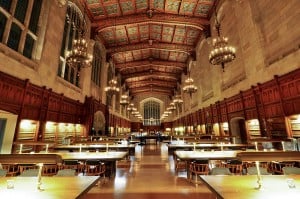 Named after famous Michigan benefactor William W. Cook, the Legal Research Library is home to an expansive reading room and an extensive collection of historic legal documents. The library opened in 1931 and was then renovated in 1981 and 1996. 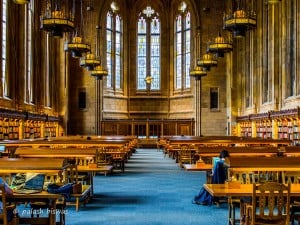 Construction on Suzzallo Library took nearly 27 years. The highly elaborate cathedral-style reading room is a designated silent study area and is also frequently recognized as one of the most beautiful of its kind. 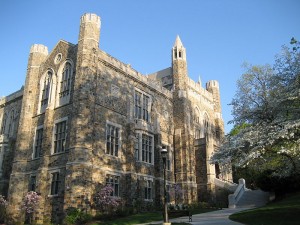 Linderman is memorable for its central rotunda, lit with a stained-glass skylight in the shape of a mandala. The Library opened its doors in 1878 and was then renovated in 2005. Asa Packer donated the library. Students call the library “Lucy,” named after Packer’s daughter. 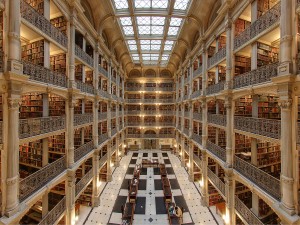 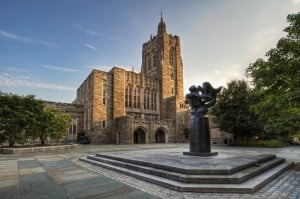 Firestone opened in 1948 and has been renovated twice, most recently in 1988. The library is one of the largest open-stack libraries in existence, with more than 70 miles of bookshelves. 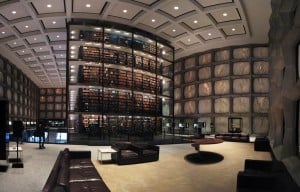 Beinecke, opened in 1963, is home to one of the most extensive collections of rare documents in the world. The library also underwent major renovations in 2015. 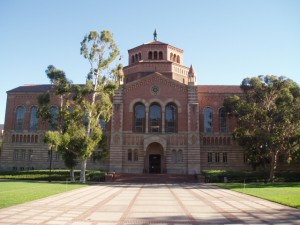 Powell is the main undergraduate library at UCLA. Opened in 1929, students have utilized the library well ever since. Powell is open 24 hours most days during the school year.