Colleges with the Largest Campuses

When students are searching for their future college, they often take the location and size of the college into account. Are you looking for larger than average campuses? These four colleges, academies, and universities have the biggest campuses in the United States. 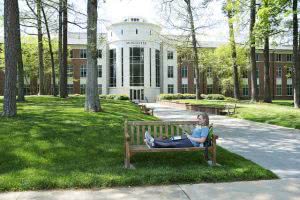 Berry College is located in Mount Berry, Georgia, just outside of Rome. Its rural location allows for the extremely large campus of over 27,000 acres. This amount of land far surpasses any other college or university in the United States. The vast acreage is used for a number of outdoor activities, from horseback riding to biking. A majority of the land is open to the public, but the campground is only available for students. Harry Potter fans: If you’re interested in joining a Quidditch team, you’ll also find it on this campus!

Berry College has over 2,200 students with a majority majoring in zoology, psychology, or communication. 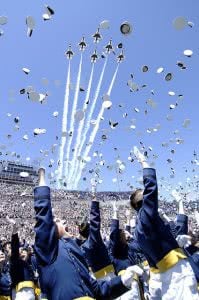 Although no school matches the over 27,000 acres of Berry College, that doesn’t mean there aren’t other schools with large campuses. The United States Air Force Academy in Colorado Springs, Colorado comes in with 18,500 acres. The campus is home to its iconic chapel, a 27-acre garden, commemorative displays, 3,000 seat theater, ballroom, and more. The Academy Airfield is used to teach cadets airmanship courses from parachutes to powered flight. 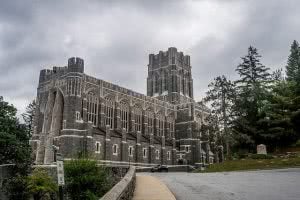 In the same vein, coming in third with 16,080 acres is the United States Military Academy. Located in West Point, New York, it is often either called Army or simply West Point. The campus, found on the scenic Hudson River, is home to the well known (and largest) chapel pipe organ and the West Point Museum, hosting items like Napoleon’s sword, George Washington’s pistols, and more. The campus is often open for guided tours and visitors.

Students enter the United States Military Academy under the agreement that they will serve in the army after graduation. 4,348 currently attend the school.

The University of the South 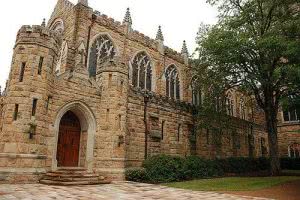 Coming in fourth for largest campuses in the United States is the University of the South in Sewanee, Tennessee. Rural as with Berry College, the campus boasts a large 13,000-acre campus. The land is home to three chapels (including the All Saints’ Chapel which had its final window installed in 2004, about 100 years after construction began!) and a number of buildings using local stone, designed in a Gothic style.

Considered to be one of the most beautiful campuses in the United States, it is a smaller school with just under 1,800 attending.

Interested in any of these schools? Check out College Raptor’s free match tool to discover if they’re a good fit for you.

One thought on “Colleges with the Largest Campuses”