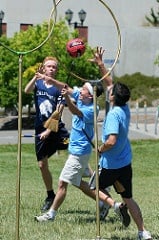 Maybe you’re the biggest Harry Potter fan known to our muggle world, or maybe you’re just a lover of original and competitive sports…either way, one of the unique sports you’ll find is quidditch! Based on the Harry Potter franchise, the game of quidditch is being brought to life at colleges around the nation. This coed, contact sport is described as a combination of rugby, dodgeball, and tag. Over 4,000 athletes have joined in on the 172 teams across the US.

With it’s own National Collegiate League, paintball is a sport taken seriously by its passionate players. As its name suggests, paintball involves teams trying to shoot opponents with dye-filled pellets. Played both outdoors and inside in special facilities, this sport is highly competitive and very thrilling. It has televised competitions between college teams. 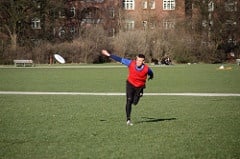 14,000 student-athletes participate in this high-flying sport. More than 700 college teams across the nation play competitively for the chance to win a national title. It is almost like a cross between soccer and Frisbee. The sport of Ultimate requires precision aim, excellent team communication, plenty of cardio, and some grass-stained knees after diving for a catch. 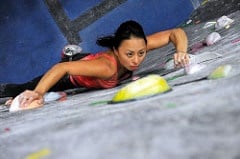 Rock climbing comes in three different disciplines: Sport, Speed, and Bouldering. Sport climbing involves navigating permanent anchors in the wall and emphasizes strength, endurance, and gymnastic ability. Speed climbing, as its name would suggest, is all about how quickly a climber can reach their goal. Bouldering is the type of climbing which uses no harness or rope, and instead relies on finger strength and endurance. Competition is fierce in the sport’s collegiate level. 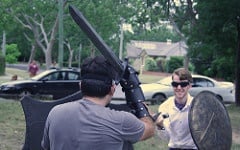 Live Action Role Playing (or LARP) sees participants wielding foam weapons and battling each other. Often medieval or fantasy-themed, LARP events can include creating and executing battle tactics, training with different weapons, and being involved in large-scale mock-fights. Numerous colleges across the nation have LARP groups, and though it may not strictly speaking be a sport, there is no doubt that LARPing takes dedication and physicality. 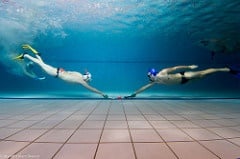 This truly unique sport is played on the bottom of a pool with sticks called “pushers” and a puck. Also known as “Octopush” the sport got its start across the waves in the UK, but is quickly becoming a popular sport among Americans. Dozens of colleges now have Octopush teams. Players of the sport must be excellent swimmers and able to hold their breath for long periods of time.

Co-written with the help of Laura Bulanda