What are Sun Grant Colleges? 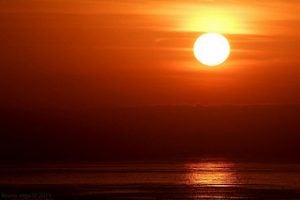 The United States Congress passed the Sun Grant Research Initiative Act of 2003 in an effort to pair land-grant universities with national laboratories and other groups to work towards creating a more sustainable country with domestically produced energy. The Sun Grant Centers are the land-grant university representatives for their regions of the United States. The project brings together top science, agriculture, and engineering technologies at the institutions, enabling students to be part of these revolutions through research and development. The following schools are all Sun Grant Centers, working with a variety of land grant schools from nearby states.

The University of Tennessee at Knoxville – Southeastern Center

The Sun Grant Initiative also pairs with three federal agencies of the United States. The Department of Agriculture (USDA) works to figure out how to produce better biomass feedstock production that is sustainable. In doing this, the USDA also makes a point to steer clear from competing with food production. The Department of Energy (DOE) looks at evaluating bioenergy feedstock options. There is also a Regional Feedstock Partnership Program, which conducts and utilizes research on the hurdles of developing consistent biomass feedstocks. The United States Department of Transportation (DOT) also works with the Sun Grant Initiative to develop new bio-based transportation fuels.

Are you interested in researching and developing renewable energy? In that case, consider going to one of the previously mentioned schools! You can check out the information we have on programs available at each university–and your acceptance odds if you use our free college match tool!