The 25 Best Colleges in the Southwest – 2016 University Rankings 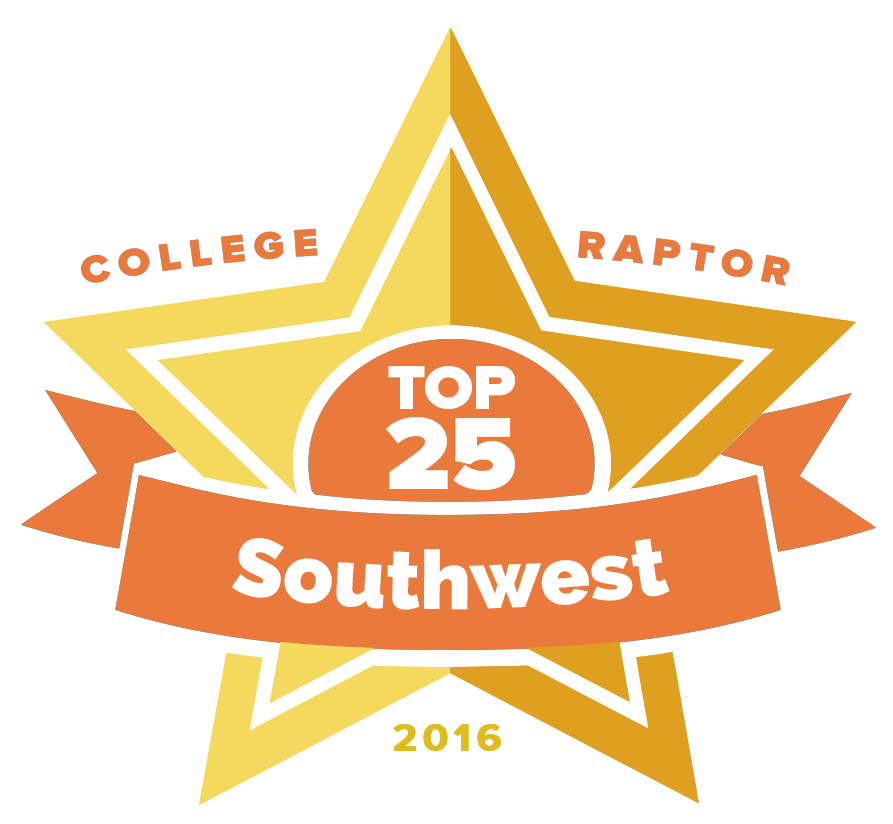 The Southwest is an incredibly diverse region of the U.S., featuring arid deserts, rolling plains, and also mountainous forests. Much the same, the colleges from this area are also diverse–from giant state universities that stand for educational excellence to small, private liberal arts colleges.

(Note: For the purposes of these rankings, we included states west of Louisiana, including Texas.)

These are the 25 best southwestern U.S college university rankings: 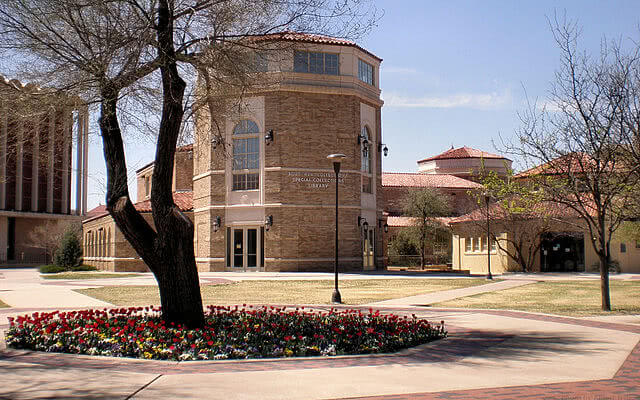 By Elred at English Wikipedia [Public domain], via Wikimedia Commons

This public research college in Texas enrolls nearly 30,00 undergraduate students. It offers over 150 majors through 13 different colleges. Some of the notable and popular programs include Petroleum Engineering, Personal Financial Planning, and Architecture. 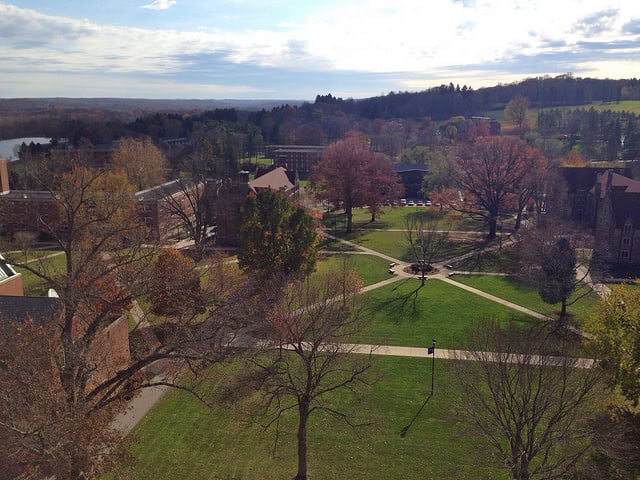 Westminster is the only accredited liberal arts college in the state of Utah. Enrolling approimately 2,300 undergrads, the college offers a number of majors through their four schools: School of Arts and Sciences, Bill and Vieve Gore School of Business, School of Education, and the School of Nursing and Health Sciences. 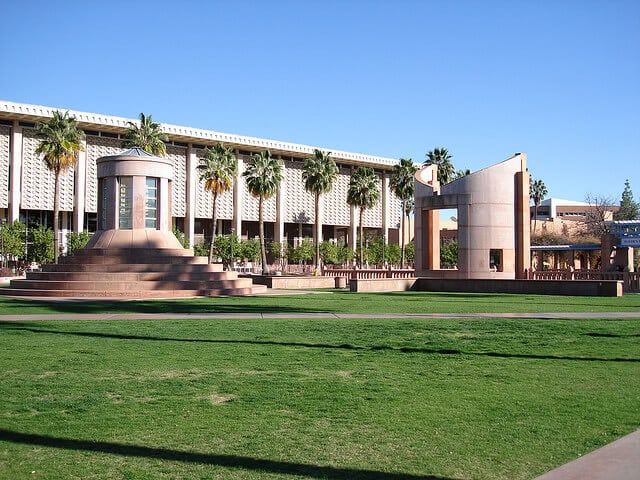 With nearly 40,000 undergrads, ASU offers more than 250 academic majors/programs. As a college with “very high” research activity, the school’s annual expenditures on research rivals such schools as Cal Tech and Berkeley. Students attending the School of Earth and Science Exploration often work alongside NASA. 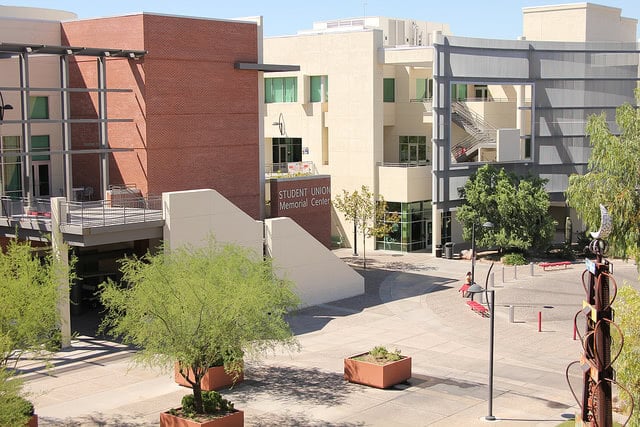 More than 30,000 undergrads attend the U of A. Ranked among the top colleges for Hispanic students, Arizona also boasts an impressive amount of research facilities, receiving nearly $600 million in research funding annually.

Learn more about University of Arizona 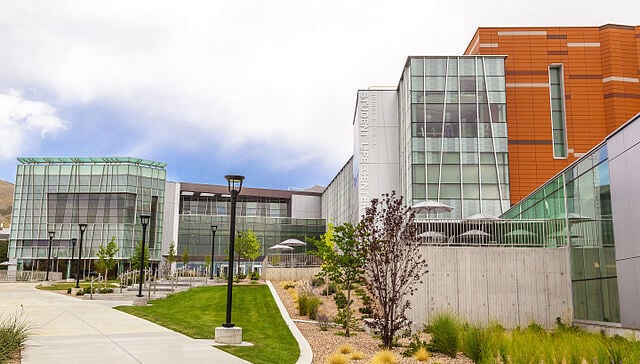 Originally established as the University of Desert in 1850, this university was formed nearly 50 year prior to Utah gaining statehood. It enrolls nearly 25,000 undergraduates and is known well for its programs in Architecture, Biology, Engineering, and Political Science.

Learn more about University of Utah 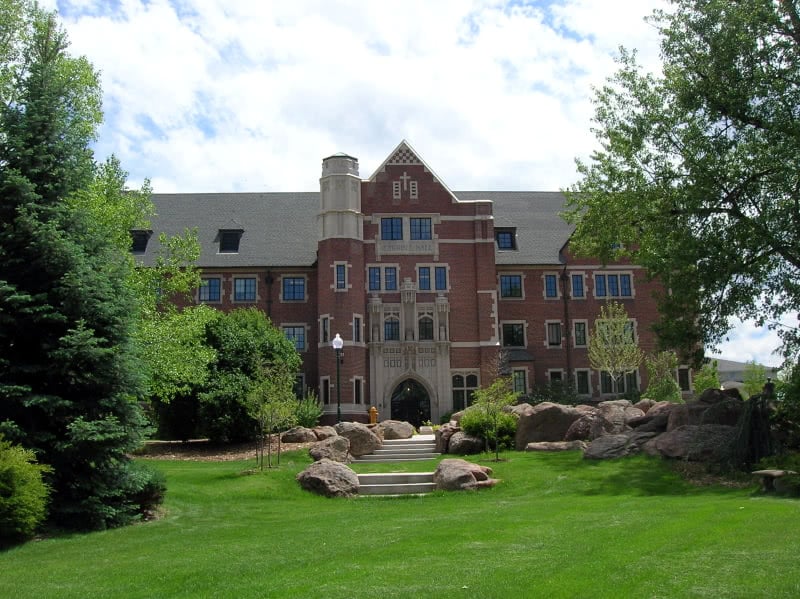 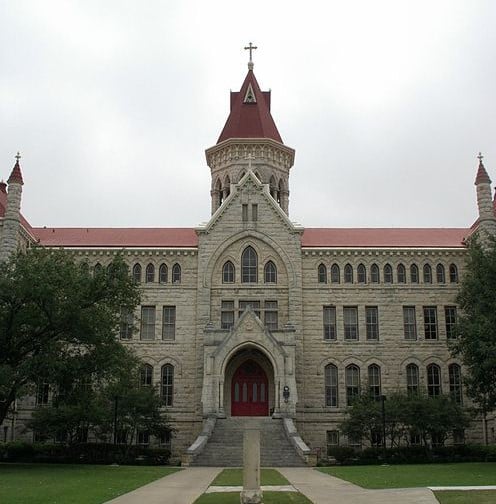 By Mulder416 at English Wikipedia (Transferred from en.wikipedia to Commons.) [Public domain], via Wikimedia Commons

With more than 4,000 undergraduate students, Saint Edward’s University located in Austin, TX is among the best private, liberal arts colleges in the region. Twenty-seven students from Saint Edward’s have been awarded Fulbright scholarships since the year 2004. 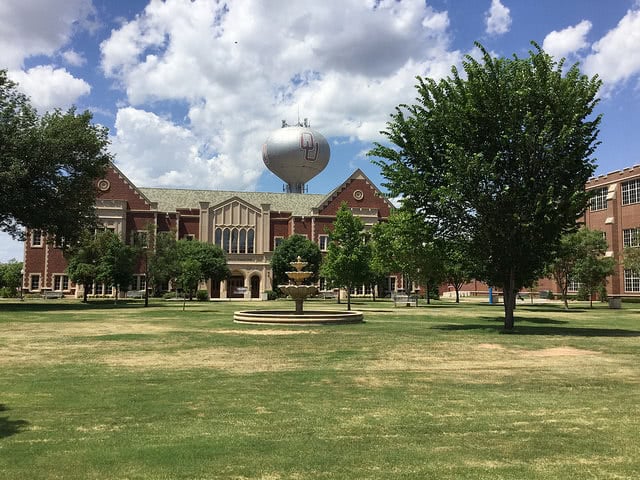 With more than 150 undergraduate majors offered at 15 different colleges, University of Oklahoma enrolls more than 20,000 undergrads each year. The university undertook an initiative in 2008 to have the entire campus powered by wind as of the year 2013. 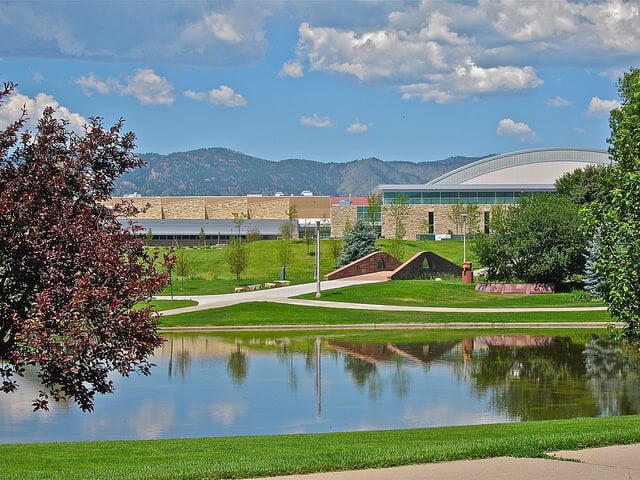 This campus of more than 23,000 undergrads is located at the base of the Rocky Mountains in the city of Fort Collins. Aside from the breathtaking mountain views, CSU also offers 150 academic programs in such subjects as Biomedical Sciences, Engineering, Environmental Science, and Agriculture. 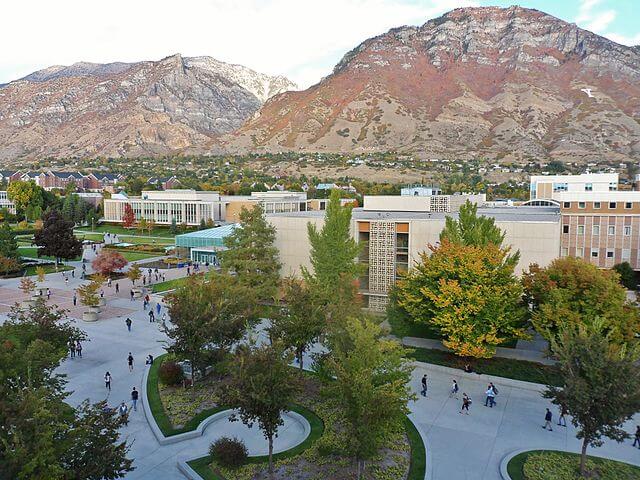 By Pastelitodepapa (Own work) [CC0], via Wikimedia Commons

Provo’s Brigham Young University is closely affiliated with the Church of Jesus Christ of Latter-day Saints (also known as the LDS church or the Mormon church). It’s the third largest private research university in the country and enrolls almost 30,000 undergraduate students. 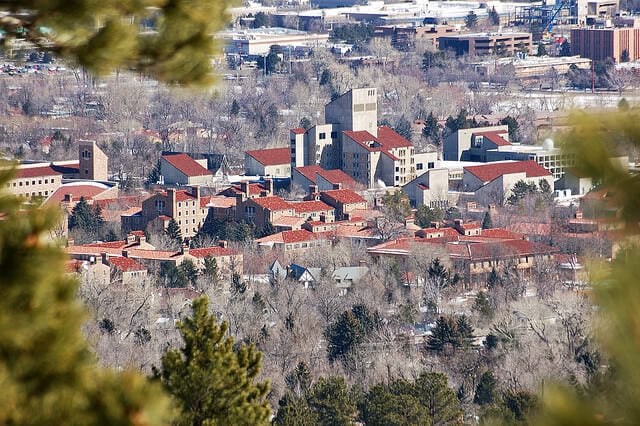 The flagship campus of the University of Colorado system, UC Boulder enrolls more than 25,000 undergraduates and has more than 150 academic programs offered by 9 schools and colleges. The Entrepreneurship program offered by the Leeds School of Business is regularly ranked among the top 15 in the country. 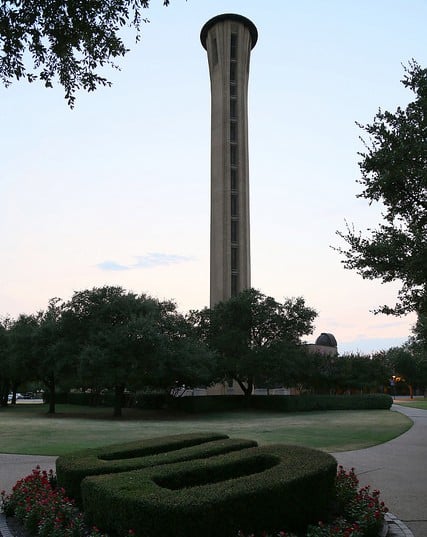 This private university has an undergraduate population of nearly 1,400 students, of which approximately 80% identify as Catholic. University of Dallas requires undergrads to partake in a Core Curriculum, which includes both common, general education courses, as well as a core set of common texts for students of all majors.

Learn more about University of Dallas

13. The University of Texas at Dallas 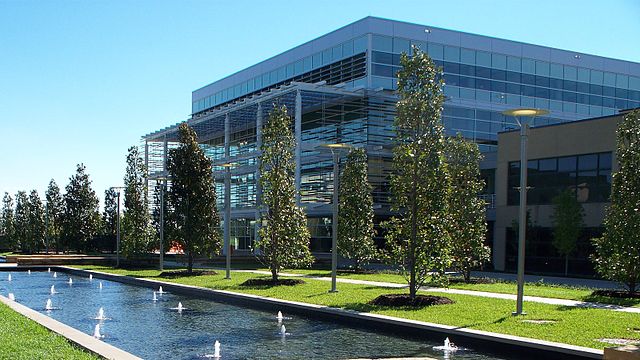 By Stan9999 (Own work) [Public domain], via Wikimedia Commons

This UT campus located north of downtown Dallas offers over 100 majors/programs. Among the most popular for its 13,000+ undergrads: Biology, Finance, Game and Interactive Media Design, and Electrical Engineering.

Learn more about The University of Texas at Dallas 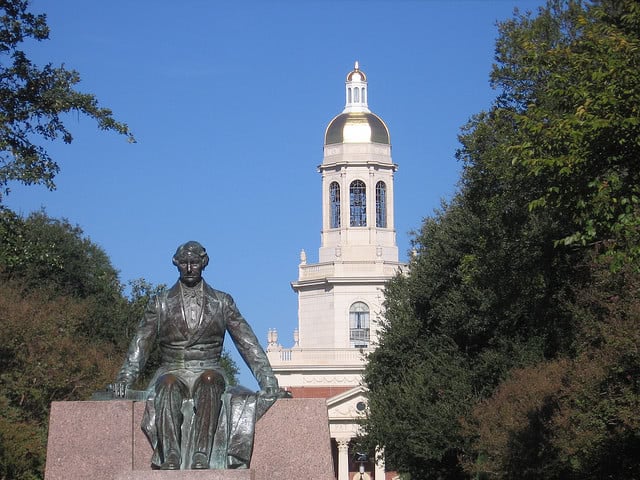 With more than 13,000 undergrads, Baylor is the largest Baptist college in the world. Freshmen students at Baylor partake in a tradition known as the Baylor Line, in which they rush the football field during home games, wearing jerseys with their intended year of graduation. 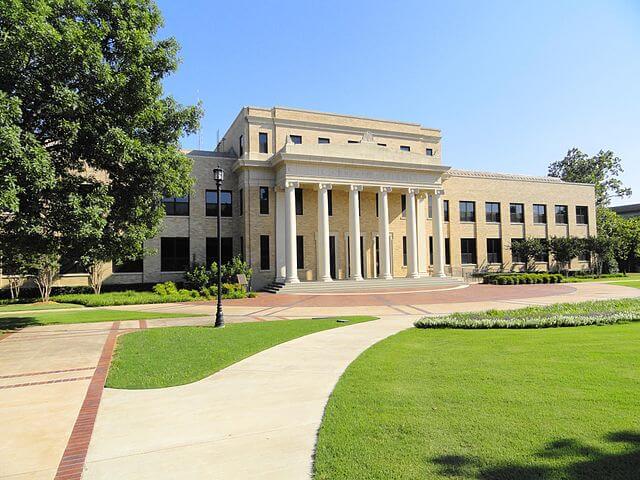 By Urbanative (Own work) [CC BY-SA 3.0], via Wikimedia Commons

Undergrads at Austin College are required to live on campus for their first three years. This is meant to foster a close-knit community among the 1,200 students pursuing their bachelor’s. This schools is recognized as being one of the nation’s  “Colleges that Change Lives”. 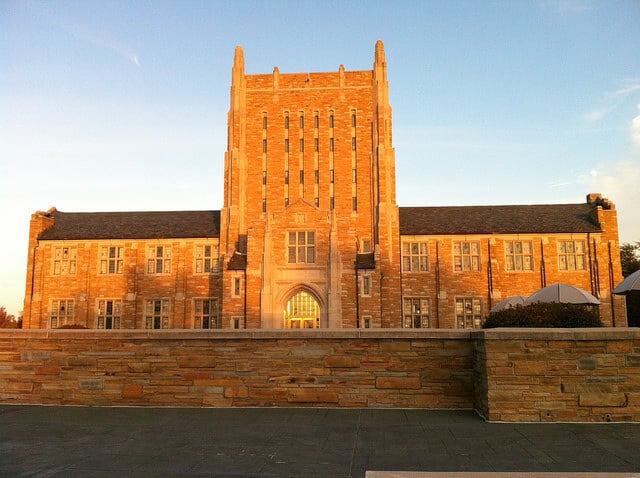 University of Tulsa is a private university named for the city in which it is located. With more than 3,400 undergrads, the school is known for its programs in Computer Science, Natural Science, Industrial and Organizational Psychology, as well as English.

Learn more about University of Tulsa 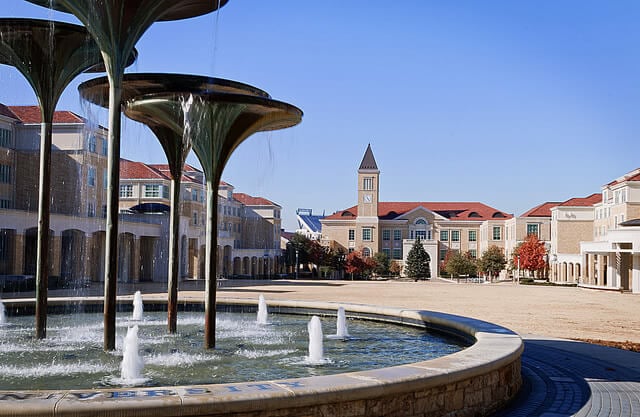 This private university was founded in 1869 in Fort Worth and would go on to be relocated to both Thorp Spring, TX and Waco, TX, before returning to its original hometown in 1910. TCU is known for its pre-medical program, which is considered one of the best in the nation. 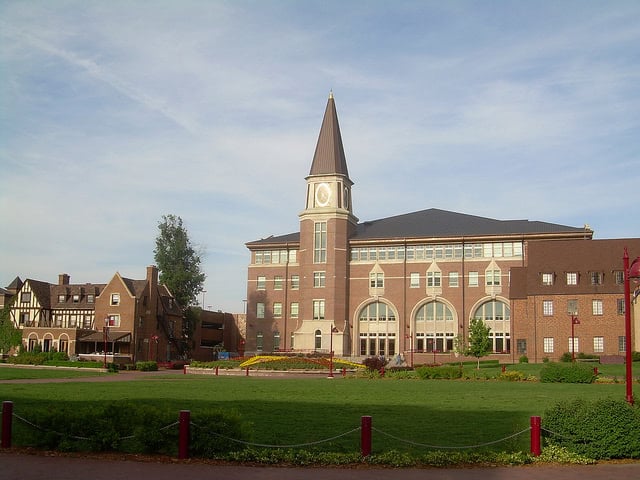 Approximately 5,500 undergraduate students are enrolled at this private university located south of downtown Denver. One of the top-ranked programs at University of Denver is the Ethics major offered at the Daniels College of Business.

Learn more about University of Denver 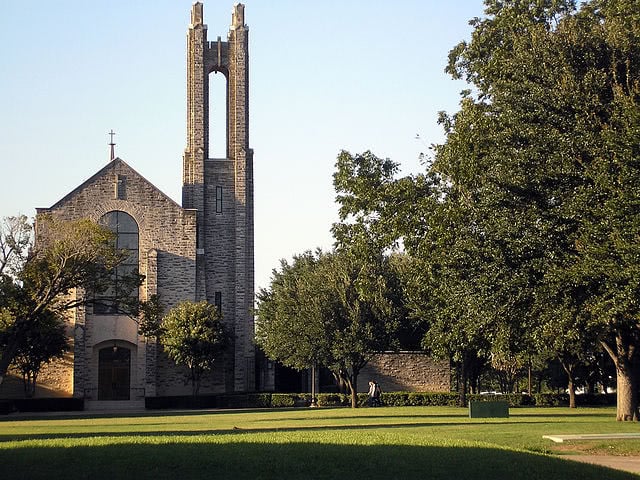 Biology, Psychology, and Business are among the most popular majors for undergrads at this private liberal arts college in Georgetown, TX. With an undergraduate enrollment of just over 1,500 students, Southwestern is hailed as being one of the “Colleges that Change Lives” for its academic quality and commitment to student success and campus culture. 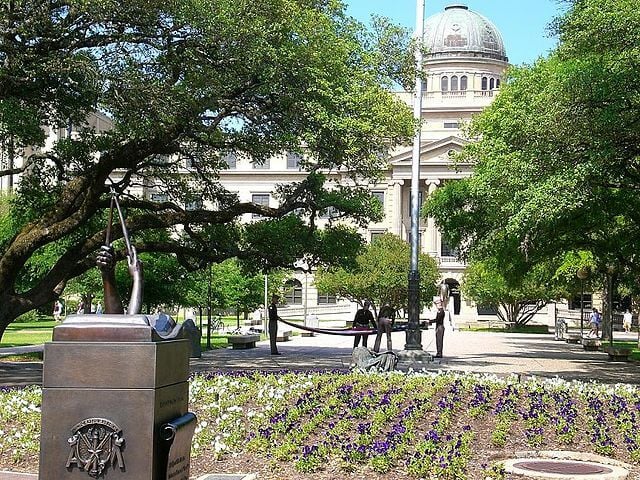 By Pirates010 at English Wikipedia [Public domain], via Wikimedia Commons

Texas A&M was the first public institution in Texas and remains today a flagship of the state and regional education community. Known as an extensive and revered research university, this college has played a major role in advancing fields such as Petroleum Engineering and animal cloning. With nearly 45,000 undergrads, Aggies make up one of the largest student bodies in the nation. 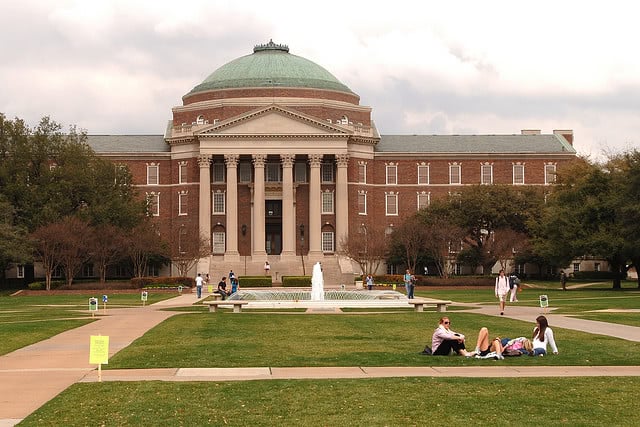 This private research university is closely affiliated with the United Methodist Church and offers many majors in Business, Arts, Humanities, and other areas. The college boasts an endowment of greater than $1 billion. Its student body, including more than 6,300 undergrads, is considered to be one of the most conservative in the nation.

4. The University of Texas at Austin 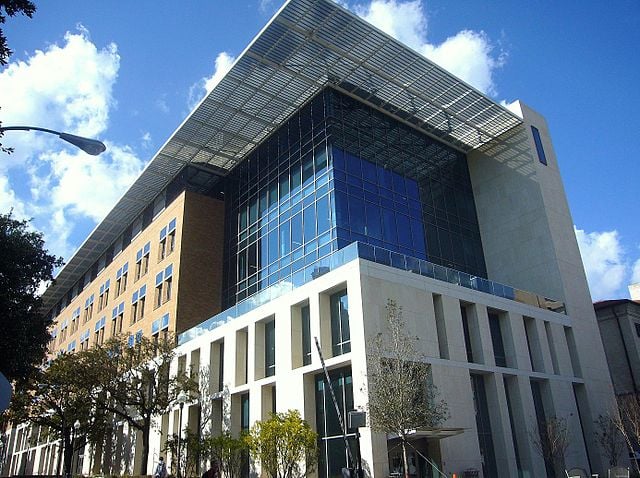 UT Austin is one of the premiere public research universities in the country. Its campus near central Texas enrolls a whopping 40,000 undergraduate students. Aside from its storied sports programs, the university is also heavily engaged in research and the arts, with a total of 7 museums and 17 libraries on campus.

Learn more about The University of Texas at Austin 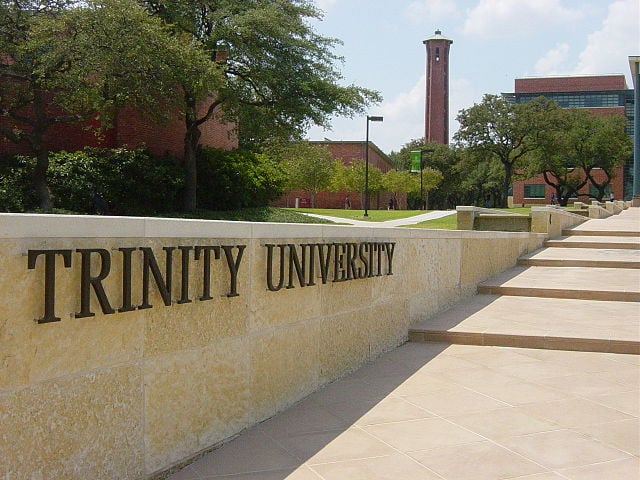 By Dknights411 at English Wikipedia (Transferred from en.wikipedia to Commons.) [Public domain], via Wikimedia Commons

Trinity University is a medium-sized, private liberal arts college just south of central Texas. The college offers a wide array of majors, with Mass Communications/Media, Engineering (General), and Accounting being the three most popular for undergrads. The campus is noted for its fantastic views of downtown San Antonio. 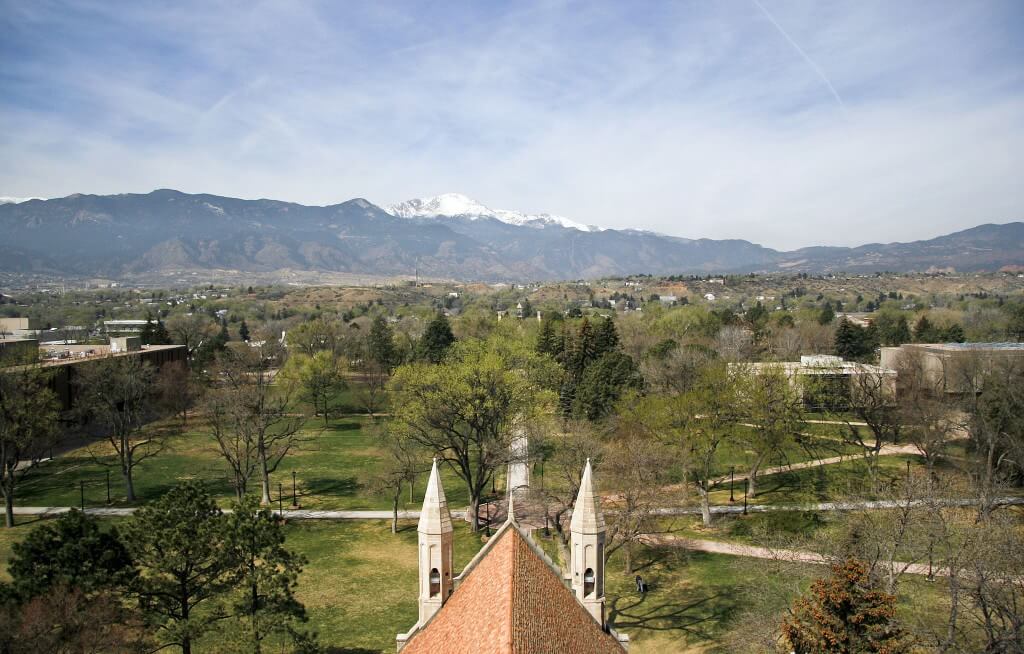 This private liberal arts college is located about 70 miles south of Denver and lays claim to some of the nation’s best campus scenery, being situated in the foothills of the Rocky Mountains. The campus features an array of historic architecture, along with cutting-edge, modern facilities. Colorado College is noted for its extensive efforts to reduce their campus emissions and increase use of renewable energy. 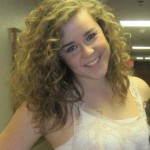