The 25 Best Colleges in the West – 2016 University Rankings 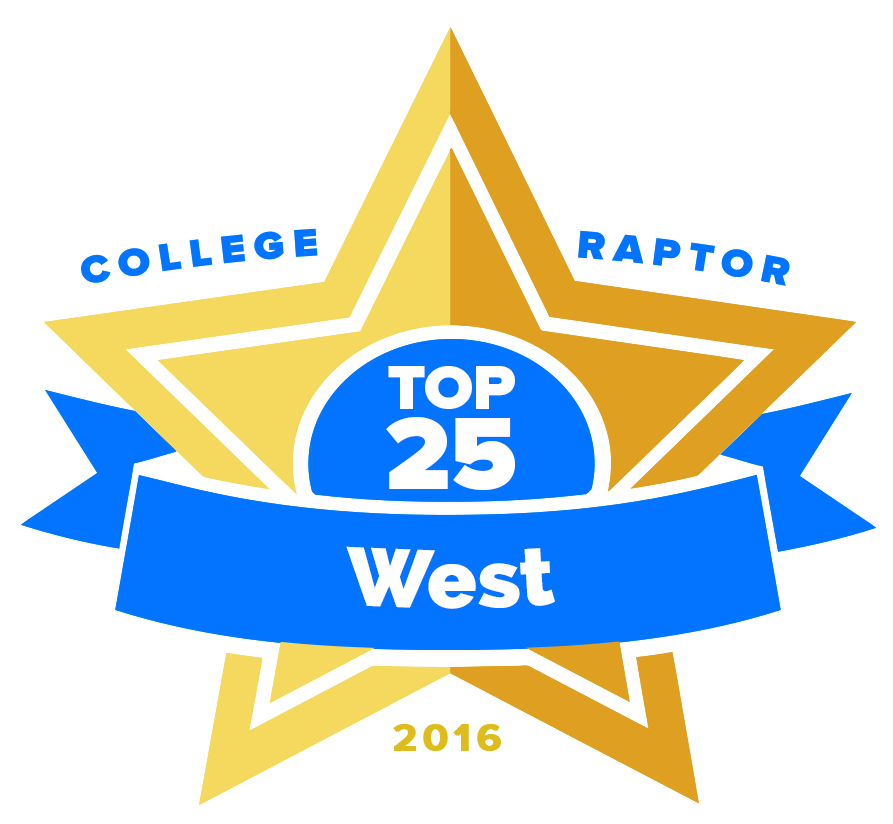 The west coast of the U.S. is known for many things. Aside from In-N-Out, another one of those things is certainly a plethora of outstanding colleges and universities–both public and private. From the extensive, and highly-regarded University of California system to Stanford, Reed, Pomona, and Pitzer, there is no lack of educational opportunity in this section of the country.

Not only does the western United States have numerous high-caliber schools, but it also has a strong reputation for business acumen, technological innovation, and entrepreneurship.

Nearly every major technology company in the last decade has been birthed in California, Oregon, or Washington. And the alumni list of many schools in this area looks to be a who’s who of the digital age.

Whether you’re an aspiring social media titan or you’re looking to study Marine Biology, there are not a shortage of options for in the West. This list of schools may have just what you’re looking for.

25 Best Colleges in the Western US University Ranking

“WillametteUniversityStream” by User:Cacophony – Own work. Licensed under CC BY-SA 2.5 via Commons.

Willamette University is a private liberal arts college that enrolls more than 2,100 undergrads each year. The school offers 35 undergraduate majors, all through the College of Liberal Arts. Despite its medium size, the campus is quite tightly packed–only spanning 69 acres in total. 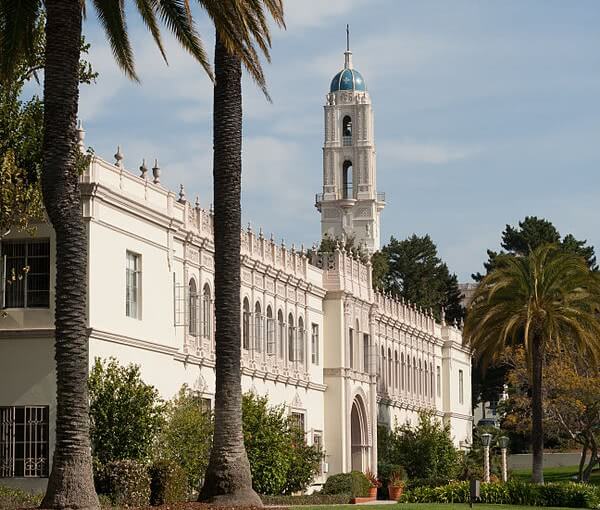 “FoundersImmacUSD” by Walleigh – Own work. Licensed under CC BY-SA 3.0 via Commons.

USD is a medium-sized private university in San Diego. Not to be confused with UCSD, the University of San Diego has 42 degree offerings available to its 5,600 undergrads. The college consists of six schools, including the most recent, the Joan B. Kroc School of Peace Studies, which opened in 2007 and offers Master’s level courses. 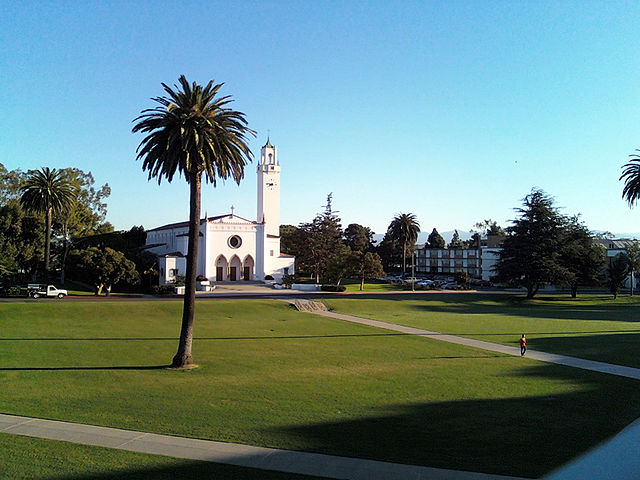 The most popular majors among Loyola Marymount’s 6,200 undergraduate students: Speech Communication/Rhetoric, Marketing, and Finance. Its campus on the west side of Los Angeles houses colleges of Communications and Fine Arts, Business Administration, Science and Engineering, Film and Radio, and Education. It’s also well-known for its Law school, which is located in downtown LA. 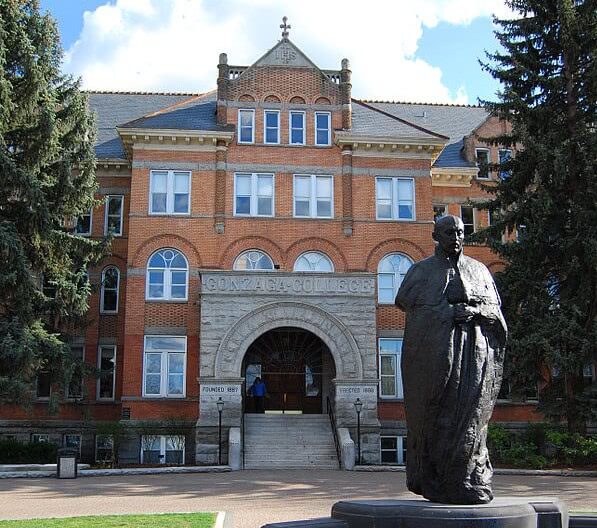 “Gonzaga University Entrance” by SCUMATT – Own work. Licensed under CC BY-SA 3.0 via Commons.

Offering more than 90 undergraduate programs and majors, Gonzaga University is a private Roman Catholic university that enrolls nearly 4,900 undergrads. Nestled in the city of Spokane, WA, the Gonzaga campus has an urban feel, but is also only a short drive from many natural landmarks. 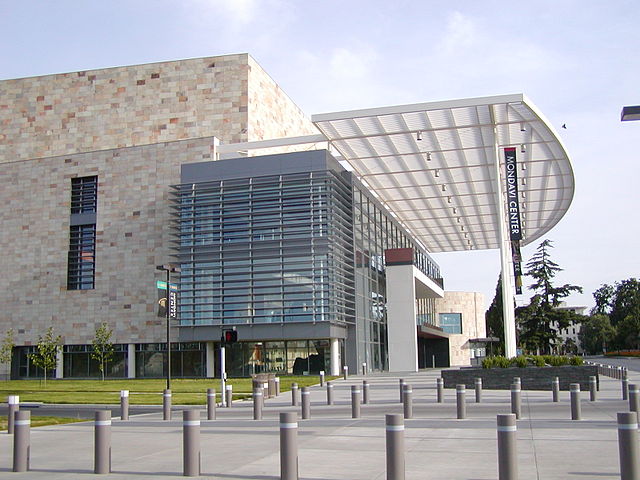 UC-Davis is a sprawling, public research university to the west of Sacramento. Its campus spans 5,300 acres, which makes it the second-largest campus in the University of California system. Its graduate studies in Veterinary Medicine are touted as the best in the country, and its undergraduate programs in Agricultural and Environmental Sciences are also commonly ranked among tops in the nation.

Learn more about University of California-Davis 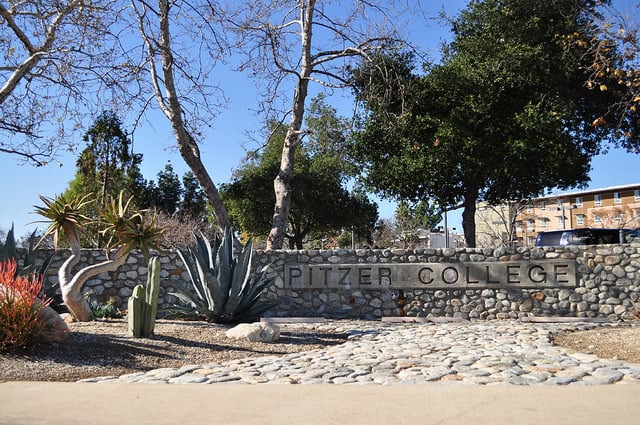 Pitzer enrolls more than 1,000 undergrads each year, with the most popular majors being Psychology, Environmental Science, and Political Science. The curriculum and culture on campus stress the importance of social and environmental responsibility. Pitzer is the newest of the Claremont college system. 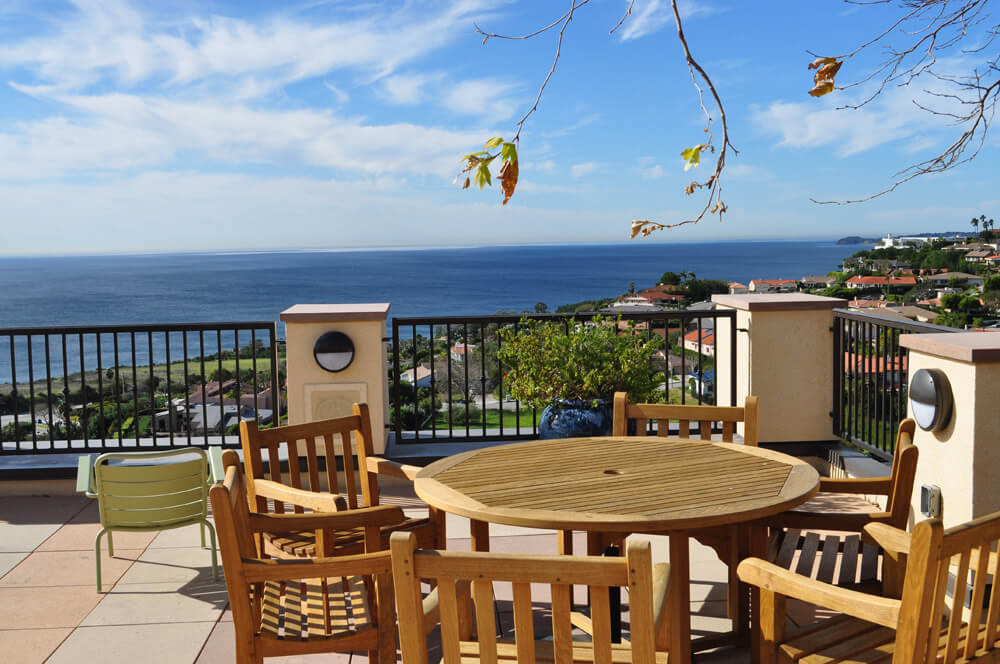 Pepperdine is a private research university that boasts one of the best beach campuses in the whole nation. Sitting on the Malibu cliffs overlooking the Pacific, Pepperdine’s 3,500 undergrads study from 40 different majors offered by 8 academic departments comprising the Frank R. Seaver College of Letters, Arts, and Sciences. 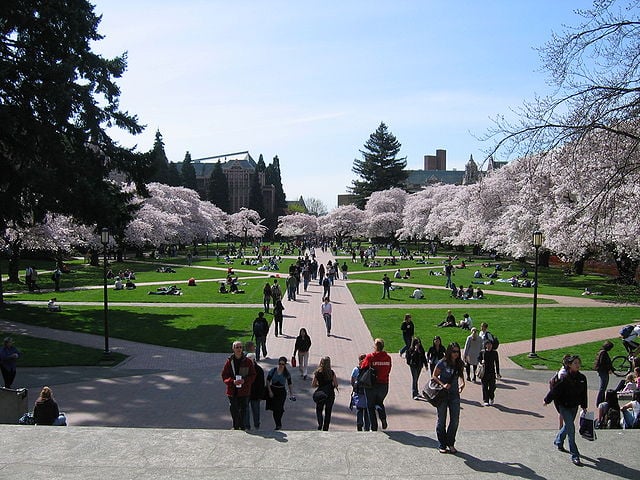 “University of Washington Quad, Spring 2007” by Punctured Bicycle – Own work. Licensed under Public Domain via Commons.

Twenty-nine thousand undergraduate students attend the University of Washington’s main campus in Seattle. Just north of downtown, the college is made up of more than 500 campus buildings, including its well-regarded medical research and teaching facilities.

Learn more about University of Washington-Seattle 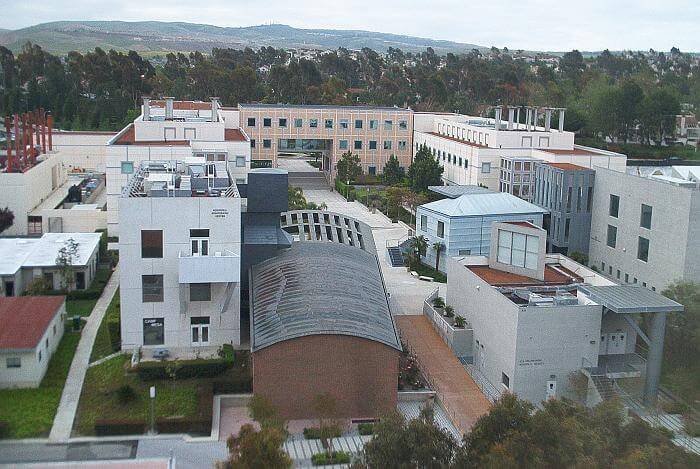 “Engineering,UCI” by RoyWright – Davis Wiki. Licensed under CC BY 3.0 via Commons.

Learn more about the University of California-Irvine 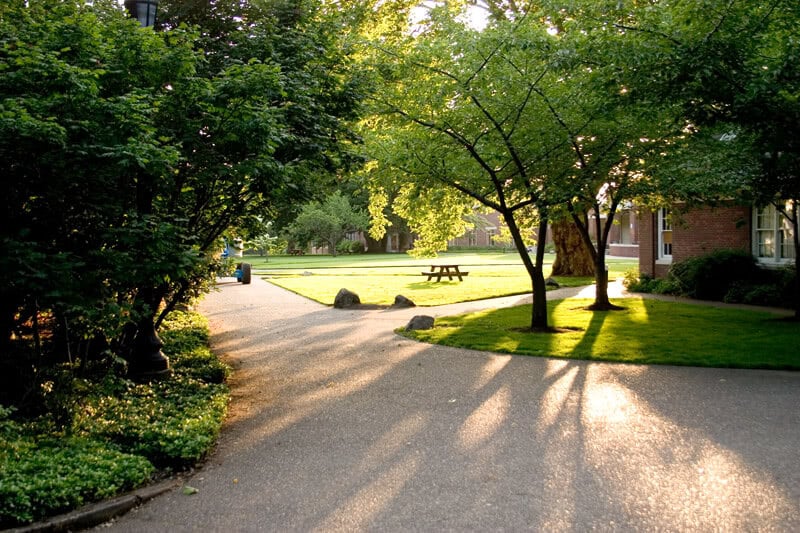 Reed College enrolls approximately 1,400 undergrads. The most popular majors among students at the campus, which is just outside of downtown Portland, are Psychology, Biology, and English. A higher percentage of instructors at Reed are full time than at any other college in the nation. 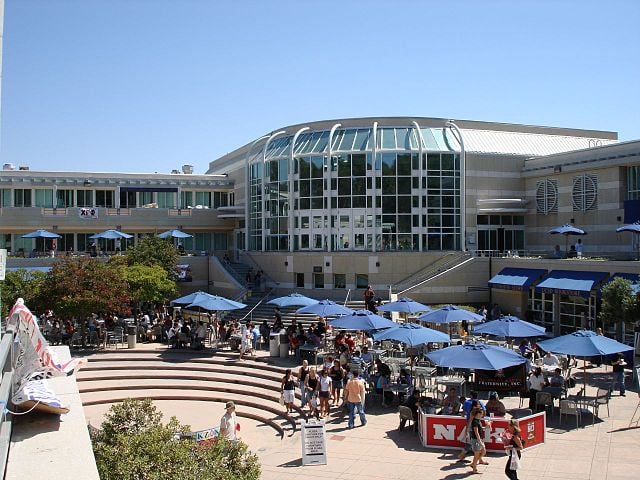 UC San Diego is located near the Pacific coast. This public research university enrolls more than 23,000 students. The college offers a unique structure, in which students choose to enroll in 1 of 6 residential colleges. Each of the schools offers different programs/majors and different teaching and learning environments. 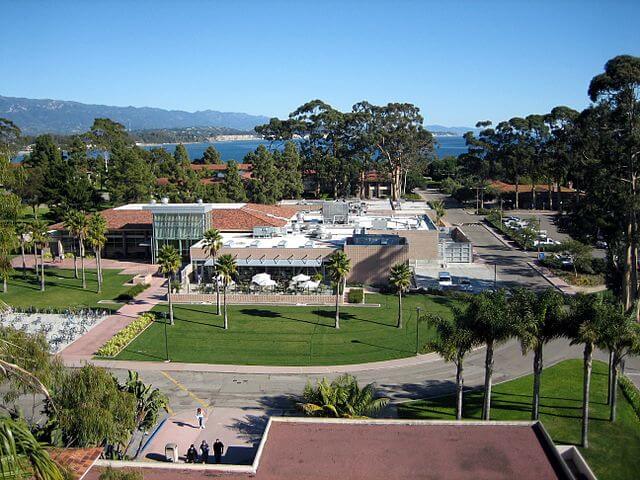 Originally founded as a teacher’s college, UC Santa Barbara has grown to enroll nearly 20,000 undergrads on its campus just outside of Los Angeles, overlooking the Pacific. In 2015, UCSB was designated as a Hispanic-serving institution (HSI) and its faculty currently includes 6 Nobel Prize laureates.

Learn more about the University of California-Santa Barbara 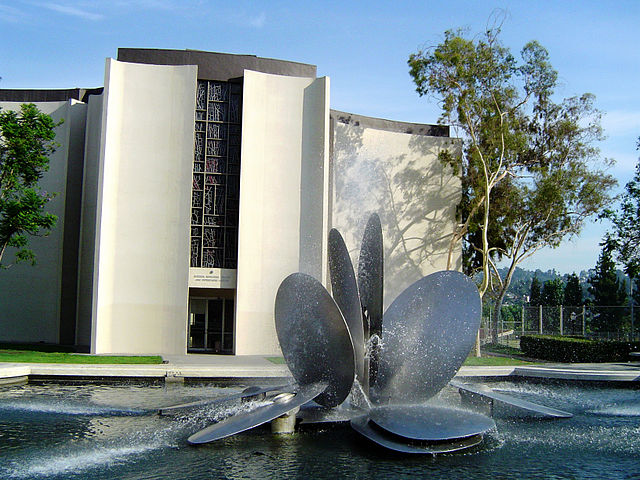 “Herrick Memorial Chapel n fountain” by The original uploader was Geographer at English Wikipedia – Transferred from en.wikipedia to Commons by IngerAlHaosului using CommonsHelper.. Licensed under CC BY 1.0 via Commons.

Occidental, or Oxy, as it’s commonly called, is a private liberal arts college in Los Angeles. Its nearly 2,200 undergraduates choose from 31 available majors/programs and all students except seniors are required to live on campus. President Barack Obama attended Occidental College. 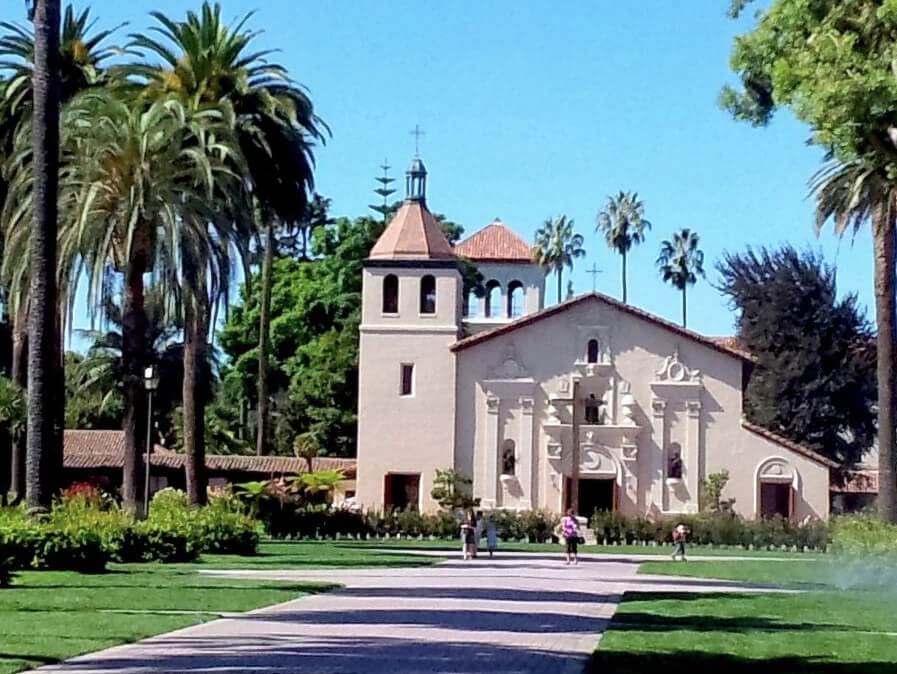 “SCU Mission and Palm Trees” by SCUMATT at English Wikipedia. Licensed under CC BY-SA 3.0 via Commons.

Santa Clara boasts a 95% freshman retention rate and an 86% 6-year graduation rate. Its 5,400 undergraduate students can choose from one of 45 degree programs offered by the College of Arts and Sciences, School of Engineering, or School of Business. 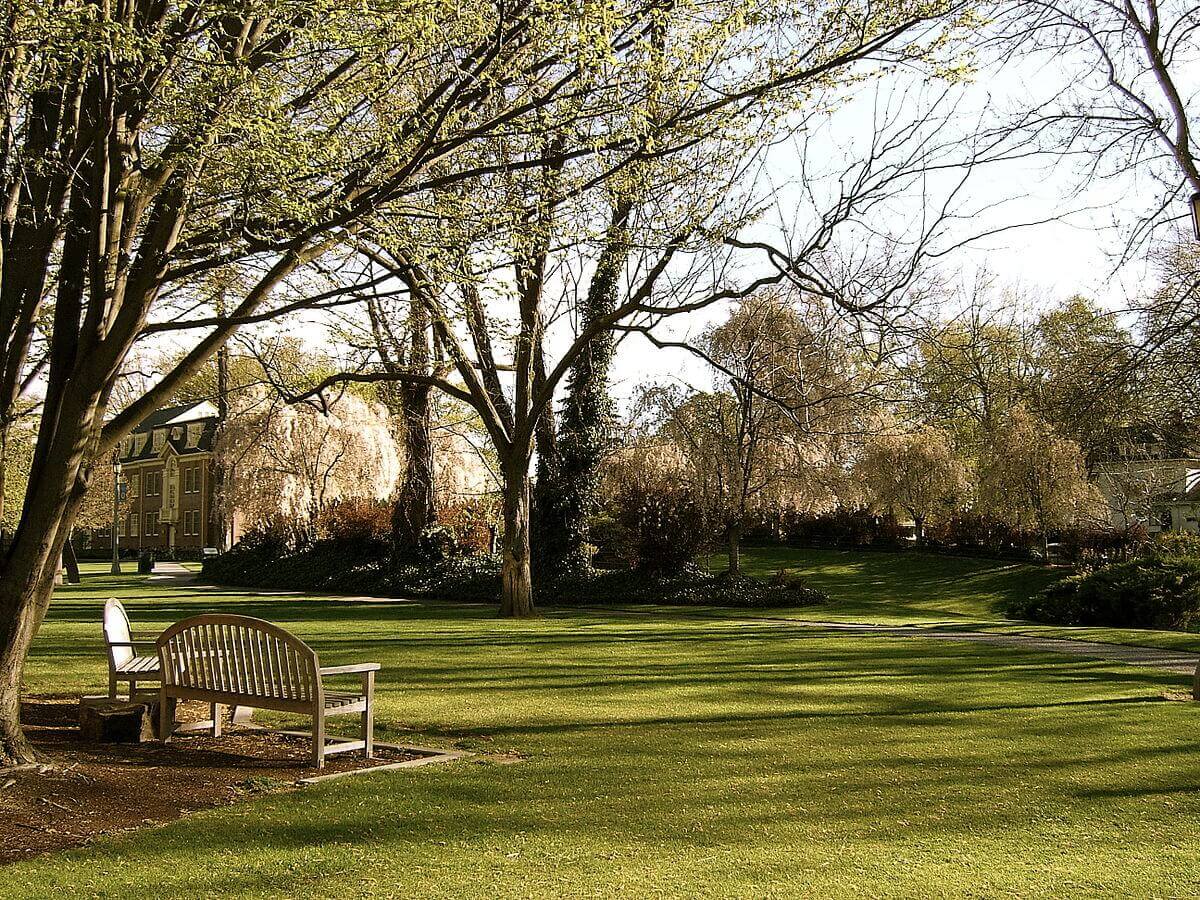 Whitman is a liberal arts college located in a small city in southeastern Washington. Its most popular majors are Biology, Psychology, and English, and its total enrollment is around 1,500 undergraduates. Interestingly, the popular card game Magic: The Gathering was invented by students at Whitman. 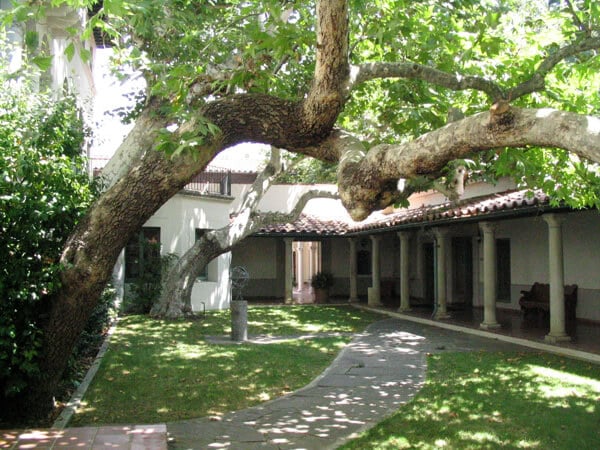 Located in southern California, Scripps is a liberal arts college and member of the Claremont Colleges. At the undergraduate level, it enrolls about 1,000 students who are (nearly) all women. Popular majors include Biology, Political Science, and Psychology. 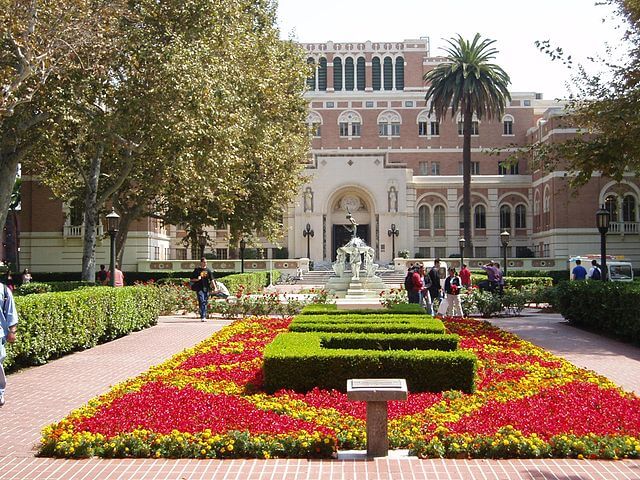 USC is a large, private research university located in Los Angeles. It’s home to more than 18,000 undergraduate students and has the country’s oldest and largest cinematic arts school. USC is recognized as having graduated the fourth most billionaires of any undergraduate college in the world. 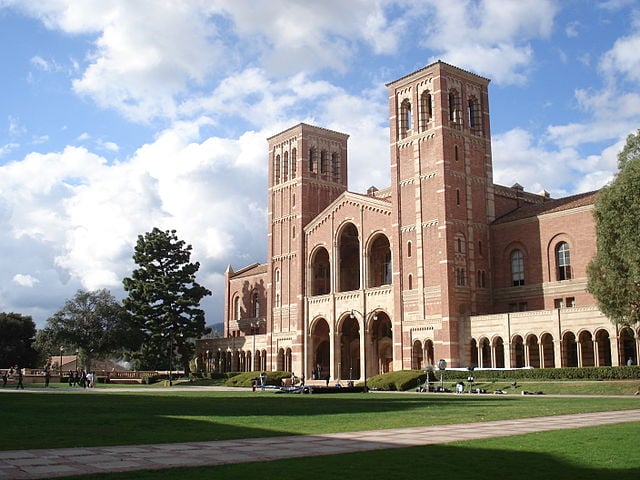 The University of California-Los Angeles, or UCLA, is the second-oldest college in the UC system, having been added after Berkeley. UCLA is not only known for top-tier academics as a public research university, but its student-athletes are also world-renowned, having amassed 250 total Olympic medals, including at least one gold medal in every Olympics the U.S. has participated in since the year 1932. 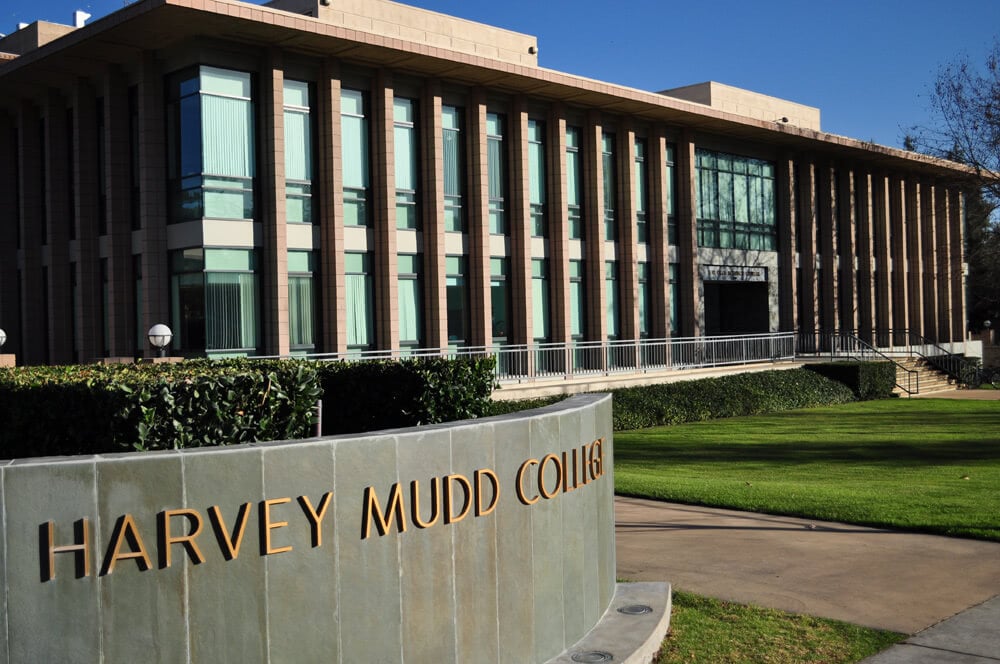 Harvey Mudd enrolls about 800 students each year, all of whom are undergraduates. It’s a member of the Claremont Colleges Consortium and has programs focused on science and engineering. The most popular majors at Harvey Mudd: General Engineering, Computer Science, and Math. 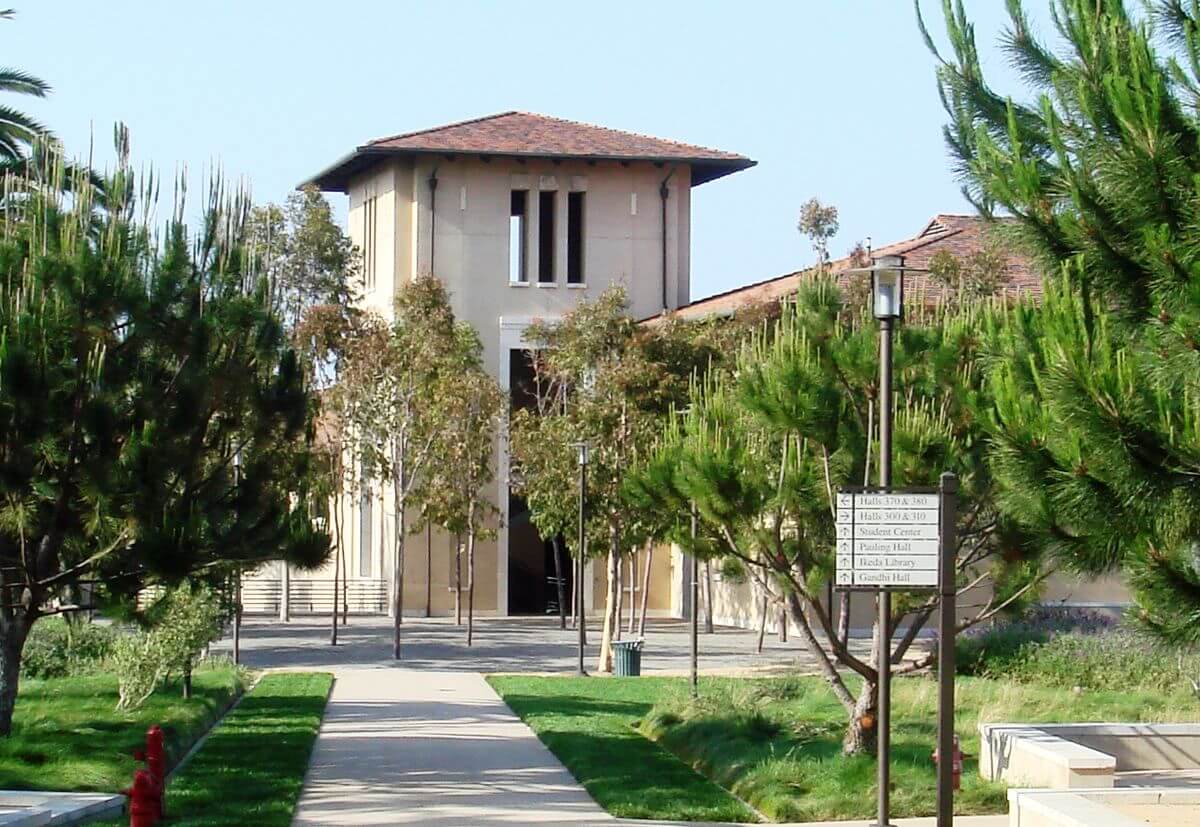 Soka is located between Los Angeles and San Diego in southern California. The picturesque campus is home to just over 400 undergraduates, all of whom major in Liberal Studies. The college has the highest endowment per student of any US college or university. 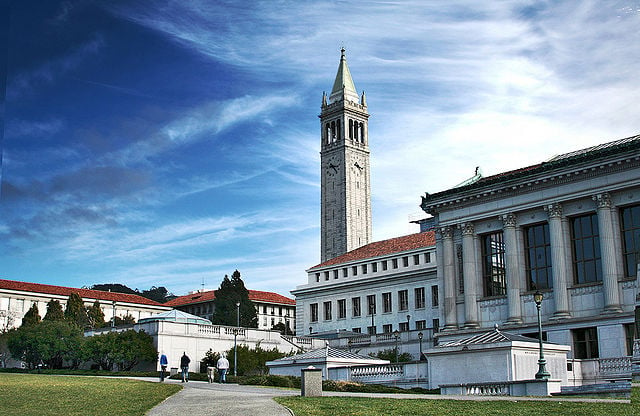 Learn more about the University of California-Berkeley 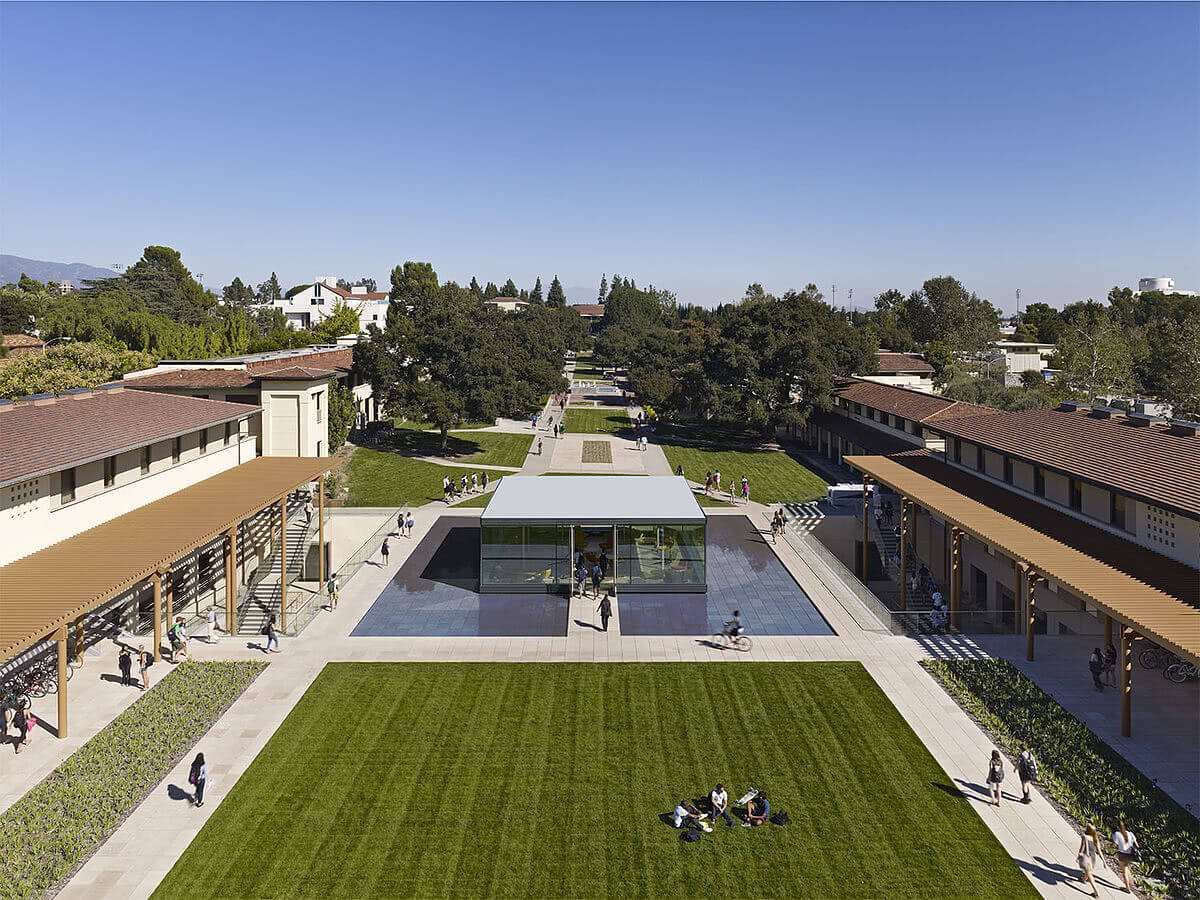 “View of CMC’s campus from the Kravis Center” by Source (WP:NFCC#4). Licensed under Fair use via Wikipedia

Claremont McKenna is part of the seven-member Claremont Colleges Consortium located on a shared campus in southern California. While its 1,300 undergraduate students have a wide range of arts and sciences majors to choose from, it is known for its business and social sciences focus. 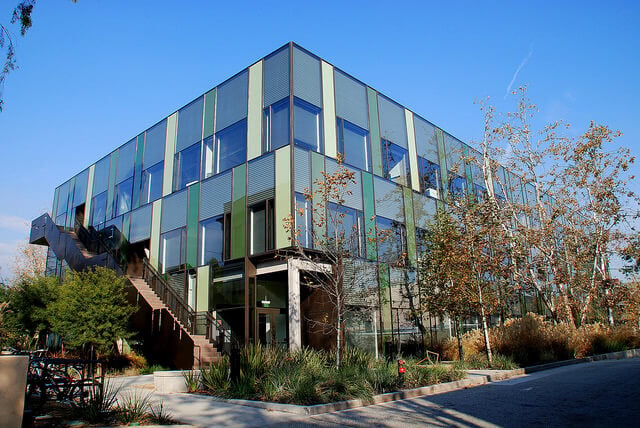 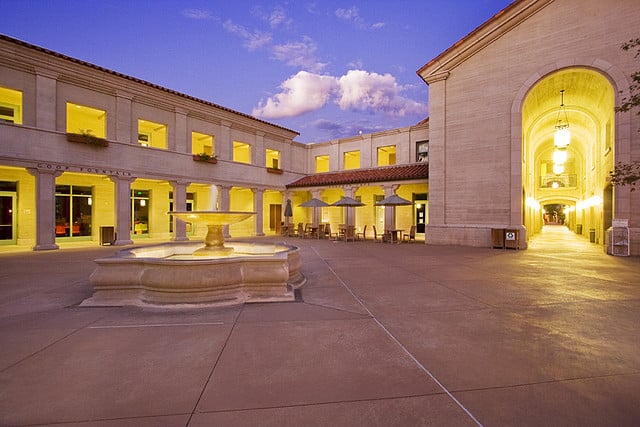 Pomona College, one of the Claremont Colleges, is an exclusively-undergraduate, private, liberal arts school that enrolls about 1,600 students per year. Students are required to take at least one class from each of 5 areas: Creative Expression; Social Institutions and Human Behavior; History, Values, Ethics and Cultural Studies; Physical and Biological Sciences; and Mathematical Reasoning. 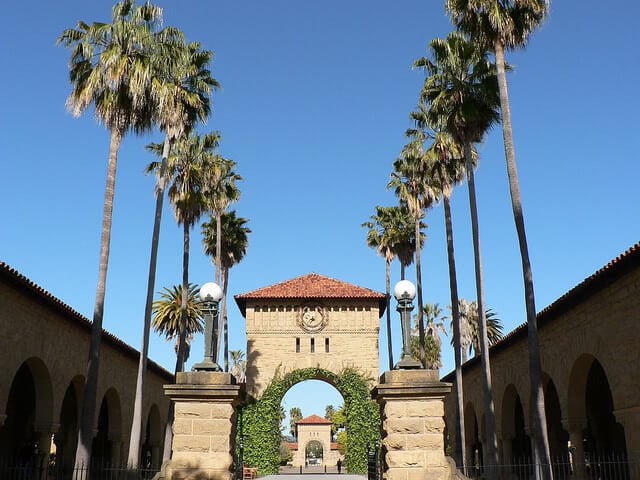