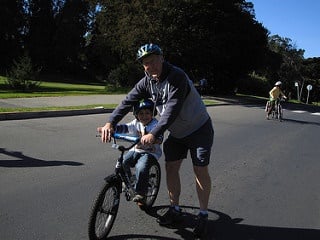 However, parents are not right 100% of the time. Nobody is. Sometimes the child will know what’s best for them to do. Sometimes their fresher take on the world is more viable since times have changed and the world is a different place now. Maybe their situation is different than yours, or their interests don’t align with what you’d pictured for them.

There needs to be a balance.

The point is, there needs to be a balance between “parents know best” and “students know themselves best.” Here’s a piece of advice for parents of college students: there are moments where parents should push or challenge their student–whether academically, in a club activity, toward a certain elite college, or a job opportunity–and moments where the student should forge their own way.

For example, I did not want to join the marching band. In fact, I was adamantly against it. I loved band, sure, but the marching band was (and I quote myself here) “too rigid and strict, it looks boring.” But my parents insisted I join my sophomore year in high school, claiming that not only would it look good on a college application or job resume, but that I would come to love it. I came home from the first practice fuming, carrying on and being melodramatic and wanting to quit.

But a funny thing happened when it came time for our first performance. All of a sudden it all clicked into place–I loved it. I loved performing the music I’d practiced so hard, I loved working in tandem with my fellow band-mates, I loved entertaining the crowd. My parents were so incredibly right. In fact, I did three years of high school marching and became section leader. In college I was part of the university’s marching band for two years–and performed the halftime show at a bowl game!

My parents knew they had to push me. They knew it would be a worthwhile experience for future resumes (the topic has come up several times in interviews). Most importantly they knew me and knew that despite my initial drama-filled tantrums, I would love it.

Of course, that’s the best-case-scenario example–when it was a good thing that my parents pushed me. On the opposite end of the spectrum was softball. I hated softball. I was bad at softball (statistically the worst batter in the league, no joke). But my dad was a sports guy and he really wanted me to be a sports girl. I had brief stints in gymnastics, track, and yes the dreaded softball. I was miserable in each one, but carried on because “my parents wanted me to.”

This sort of push left me exhausted and generally stressed. There was no lasting benefit (in fact, I try to repress the memories). Sure, I could fish around for some sort of “life lesson” it taught me–the importance of struggling through hardship or working hard to not let your team down–but overall it was just a bad time.

Eventually, we found a balance, my parents and I. They wanted me to be physically active, I joined show choir and marching band. My parents wanted good resume items, I found them in the things that I enjoyed. They knew when to push, I knew when to take the lead.

I guess it all circles around to the debate of independence vs. support. Students want to stand on their own two feet, find a college or major or career that they’re passionate about, to live their own life as they see fit. Parents want what’s best for their student: a stable job, steady pay, happiness, a rich life.

Yes, you as the parent have great experience and know-how, but you can’t force a certain life upon your child either. And yes, the student should make their own path, but that doesn’t mean they should never listen to your advice or guidance either. It shouldn’t have to be independence vs. support, but rather independence and support.

Push when you know your child is up for the challenge. Pull back when they’re overly stressed or express strong interests in other pursuits. Work as a team. Listen to each other.