College mascots are oftentimes the rallying symbol or figure of school spirit. Things are way more exciting with a mascot around—and these mascots have an interesting history behind them.

University of Iowa, Burch the Bear 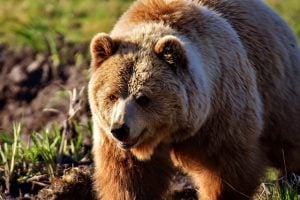 Nowadays, every Iowa fan knows Herky by name. Small children line up to have their pictures taken with him. Statues of him in various costumes dot the campus, Iowa City, and Coralville areas. But Herky (short for Hercules) the Hawk was not the first mascot at Iowa (he started as a cartoon in 1948).

Instead, a bear (a real one) by the name of Burch holds that prestigious, if unfortunate, position. Burch only reigned as the mascot for a year, from 1908 to 1909. The students viewed him with disfavor after the football team had an appalling season. Burch became grumpy and irritable, meaning fewer students took the chance to interact with and wrestle him. Burch escaped from his pen and met his demise in the cold Iowa River: He fell through the ice, and could not make his way back to the surface. 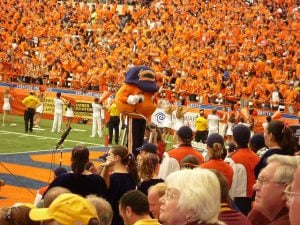 After one of the earlier mascots, the Saltine Warrior, became an issue among students and alumni, the search was on for a new mascot. Trolls, superman-like characters, the “Dome Ranger”, and others were all considered briefly. What eventually won the student body and fans over, though, was an orange.

Introduced first in the 1980s, the university named the first two costume renditions Clyde and Woody before settling on Otto the Orange.

In 1990, a group of cheerleaders thought hard about what name would go with the third costume. In a decision between Opie and Otto, they chose Otto: They feared Opie would too easily rhyme with “dopey”. However, Otto was not official quite yet. In 1995, Counselor Shaw got a committee together to make a final choice about the school’s official mascot: wolf, lion, or orange? The students did well by Otto, and in December Shaw named him as the official mascot. 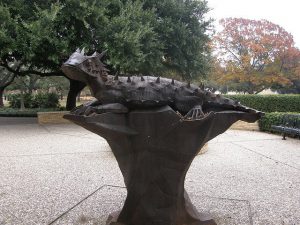 The debate continues as to whether TCU’s mascot is a Horned Toad or a Horned Frog. While both names correct in Texas (it really depends on which area you’re from), the creature is actually a type of lizard! Talk about an identity crisis.

The Horned Frog managed to beat out the option of “Cactus” for mascot in 1887 and has prevailed since. The Super Frog, with his large eyes and mouth, is fun to watch at TCU football games as he leaps and cavorts around. The mascot costume was designed in 1979 and has become a fan favorite. Students have pulled him into crowd-surfing, and his antics are greatly enjoyed. 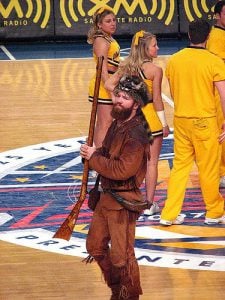 The Mountaineer, though without a name like many other mascots, is one of the most well-recognized symbols on West Virginia’s campus. While the character was established in 1927, it wasn’t until 1932 that a Mountaineer was chosen every year. Originally, he was to wear overalls, a flannel shirt, and a coonskin cap, along with carrying a rifle. These days, he wears a buckskin outfit.

Each year, the person chosen to embody the Mountaineer is picked for their enthusiasm, their ability to lead cheers, academic prowess, and service to the community. They also have to write a paper explaining why they want the position. In 1991, they selected the first female Mountaineer.