Having college mascots truly ramp up the excitement level at any college. The only thing more exciting is the history behind the choice of mascot.

Be sure to check out Part One and Part Two of our Mascots with Interesting Histories series! 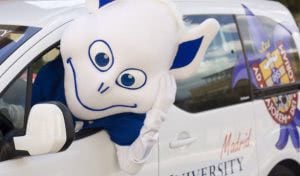 There are various stories associated with Saint Louis University’s mascot, the Billiken. One story goes that a school teacher created this mythical creature in 1908 using the features of several Asian gods as inspiration, which explains the uncanny resemblance to Buddha. The name billiken was simply a word that she picked up from a poem she read. The connection between the billiken and SLU came about when football coach John Bender was nicknamed the Billiken because of his resemblance to this creature. By the early 1910’s, SLU’s football team got anointed as Bender’s Billikens and the mascot and name has been associated with the college ever since. 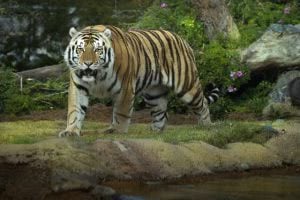 The mascot of LSU’s football team is a live Bengal tiger named Mike. All opponents of the football team have to run past Mike while heading to the locker room. That’s got to be a pretty intimidating experience.

The present Mike VI together with his predecessors are the stuff legends are made off, with a colorful history between them. Mike III’s handler was admonished by the visiting team’s coach for unnerving his players by letting the live mascot growl while the players were nearby. A few years later, pranksters cut Mike IV lose from his cage. He was caught and put back only after being shot with three tranquilizers. 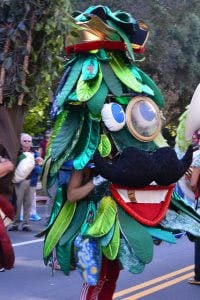 A tree may seem like a pretty tame mascot after live tigers and bizarre magical creatures, but The Stanford Tree is no ordinary or boring tree. It has a history of taunting rivals and drawing attention to itself with outlandish antics. Every year, students pull out all the stops as they compete with each other for the coveted role of The Stanford tree. Students have been known to let themselves be lit on fire, shot, and more, all in an attempt to show that they have what it takes to be the school’s mascot. Their reward is the opportunity to strut around the fields for the rest of the year while wearing a homemade tree outfit!