Home > Find Colleges > Student Life > 25 of the Greenest College Campuses in the U.S.

25 of the Greenest College Campuses in the U.S. 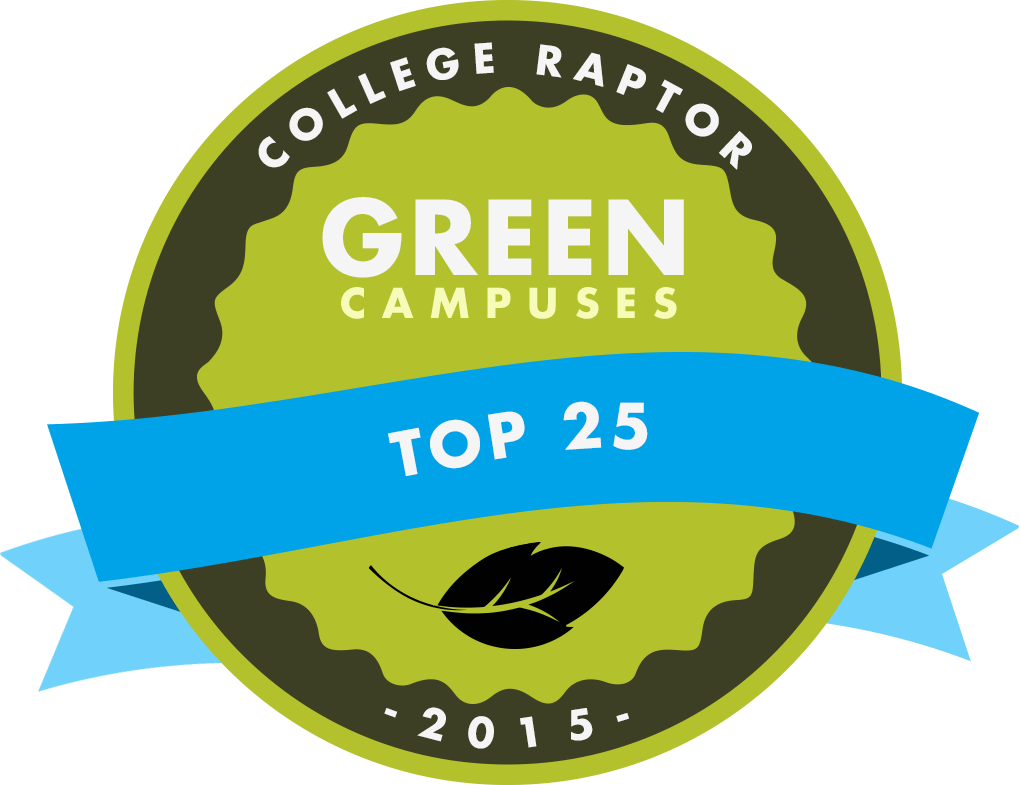 Thinking about how you can reduce your environmental impact this Earth Day? These colleges and universities will inspire you to be greener. See what academia’s sustainability leaders are doing to increase their environmental-friendliness.

First, we have 10 honorable mentions that didn’t quite make our final list of the 15 greenest college campuses but are definitely worth commending.

Honorable mentions for the greenest college campuses (in order):

Duke is working with North Carolina swine farms to capture methane gas and solid byproducts to use as fuel and fertilizer, in an effort to offset carbon emissions. The university eliminated its use of coal-based energy in 2011, and other efforts to reduce carbon footprint include increasing the efficiency of campus buildings and transportation. 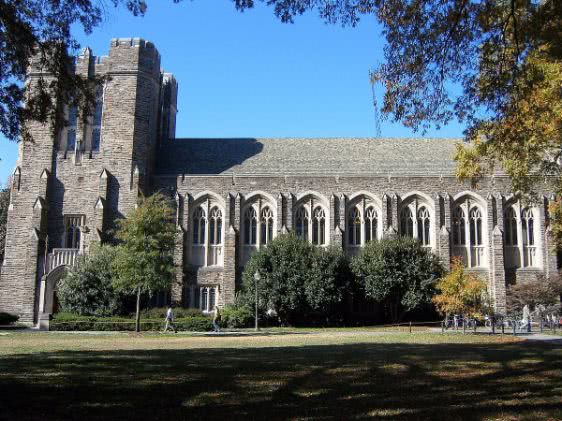 Middlebury College is on schedule to achieve carbon neutrality by 2016. A significant amount of the college’s energy is produced by its biomass gasification plant, which burns the vapors from wood chips to reach very high temperatures and heat water more efficiently. Plans are in the works to source these wood chips locally. 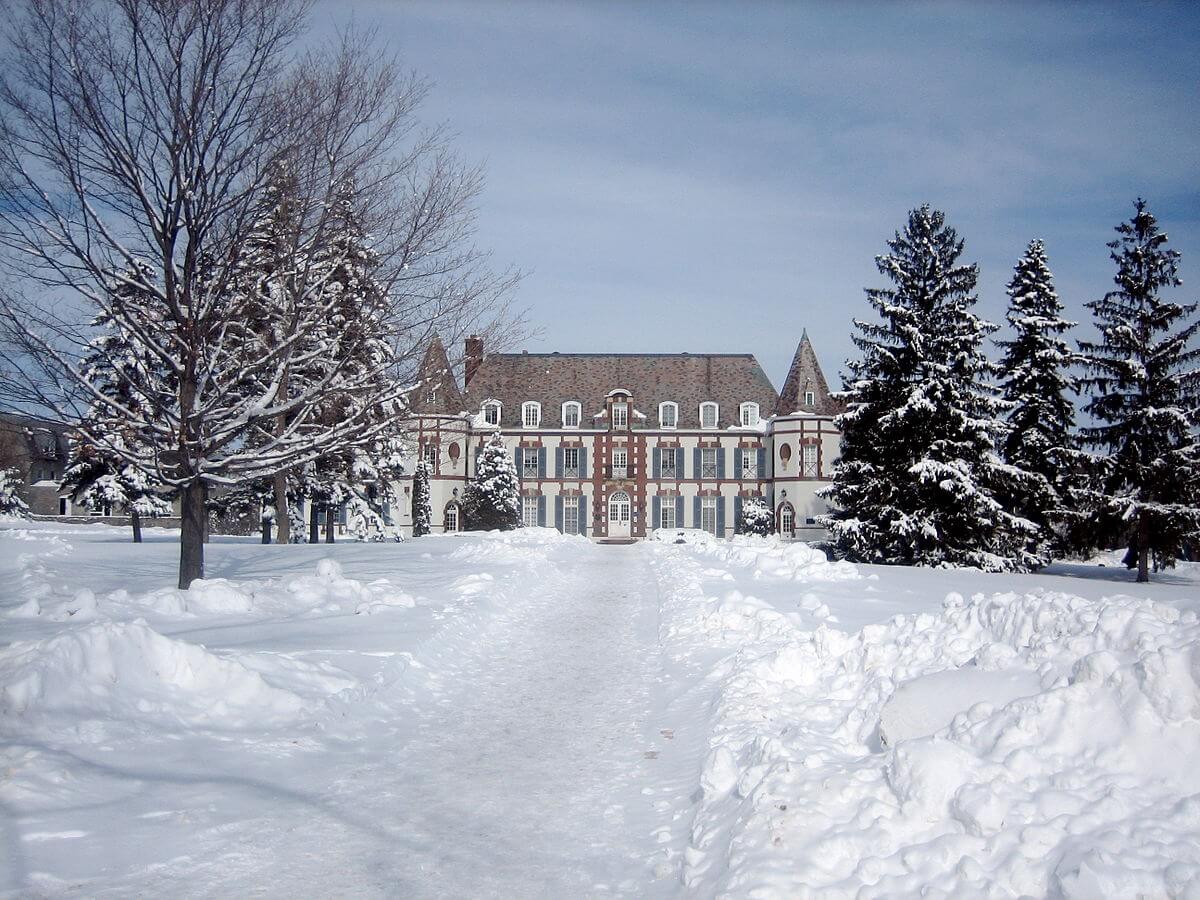 UCSD produces nearly 85 percent of its own electricity using an ultra-clean and efficient cogeneration plant, solar panels, and the world’s largest commercial fuel cell. Many of UCSD’s buildings are LEED-Silver certified or better, and researches at the university are studying building microclimates to determine how buildings can be heated and cooled more efficiently. 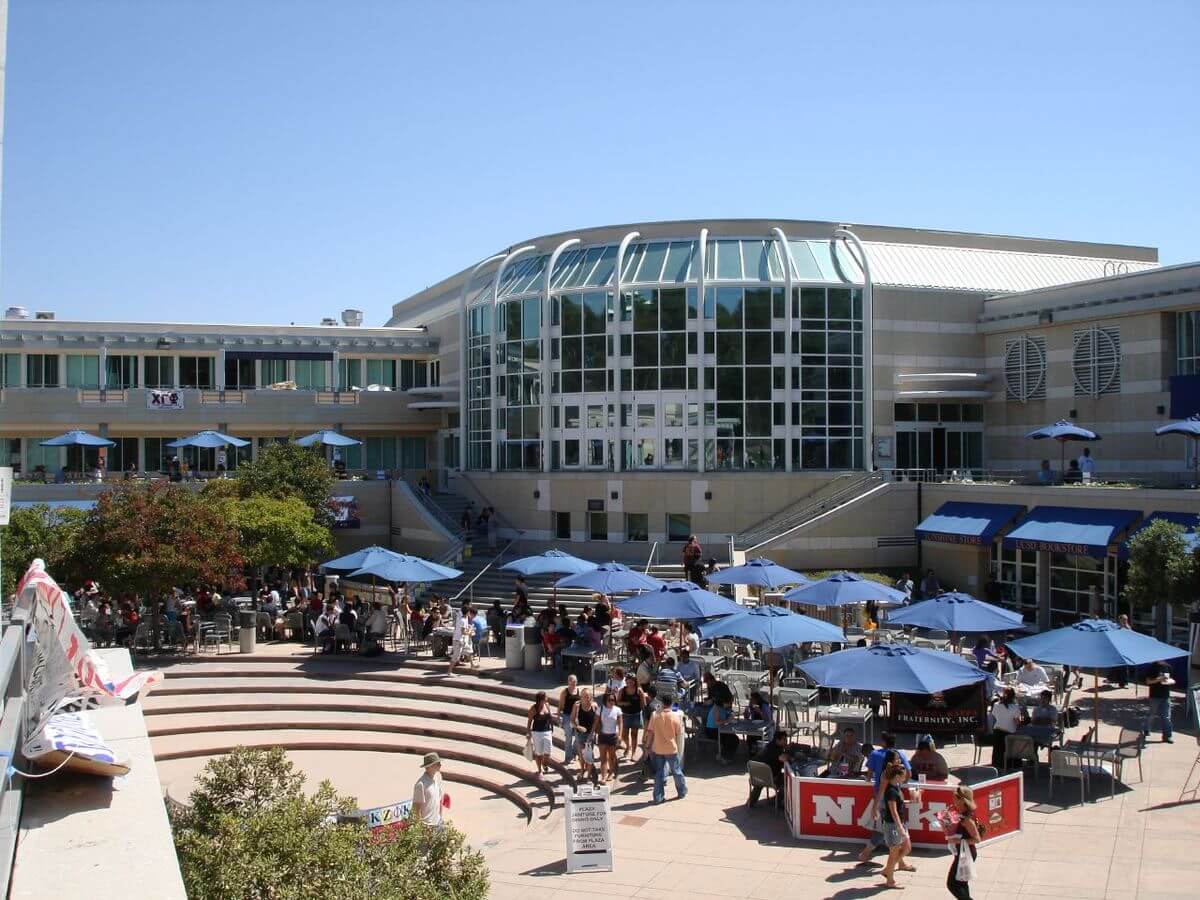 Cornell has decreased its annual greenhouse gas emissions by 32 percent since 2008, largely by increasing building efficiency. Other projects include a campus-wide composting program, locally-sourced food, and student-run organic gardens. To limit plastic waste, all incoming freshmen are given a metal reusable water bottle, and refill stations are located throughout campus. 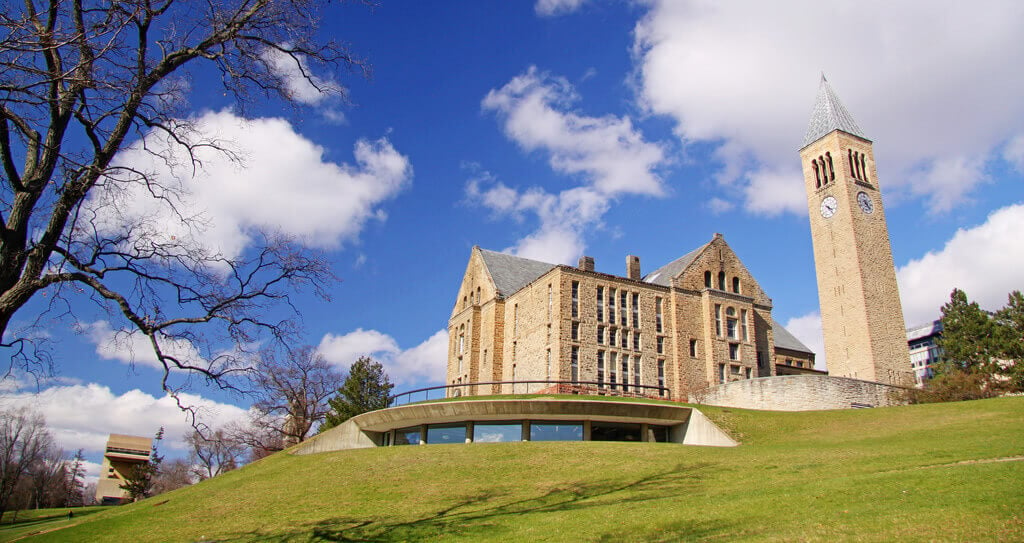 UNC has reduced its potable water use by 60 percent since 2000. It achieved this reduction by storing rainwater in on-campus cisterns and using it for purposes such as flushing toilets and irrigation. The university has also significantly reduced the amount of greenhouse gases produced on campus in part by using greener energy sources, such as natural gas produced as a side-effect of landfill decomposition. 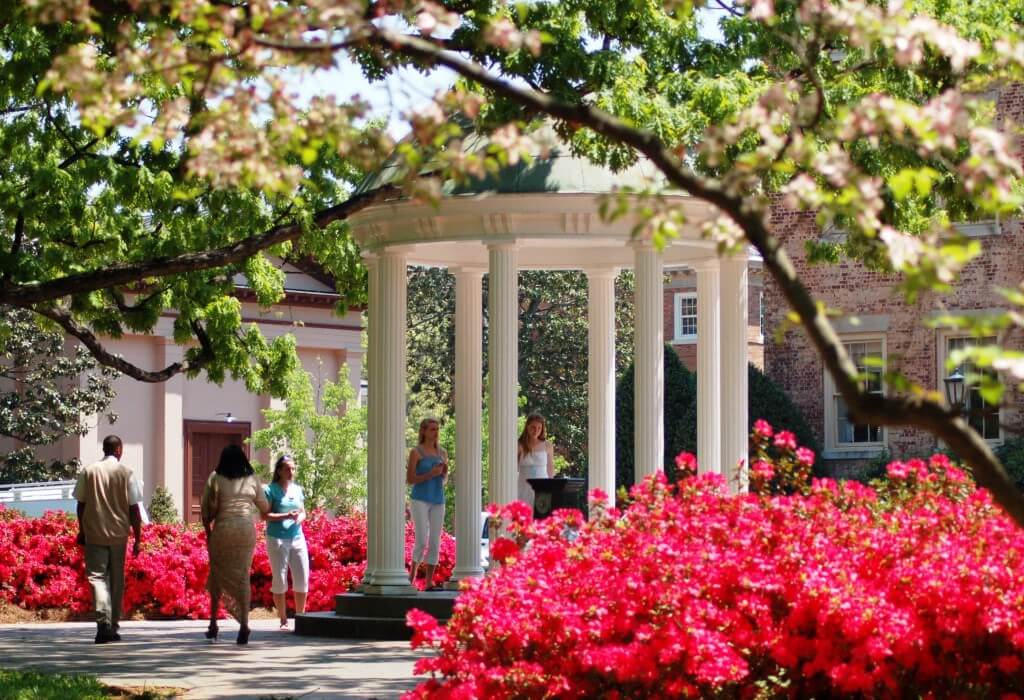 The University of San Diego is home to the country’s third-largest campus rooftop solar panel farm in the nation. Central to USD’s sustainability philosophy is its goal to become a zero-waste campus, which it practices by composting, recycling, and monitoring energy use in real-time for all campus buildings. USD also runs its own community garden. 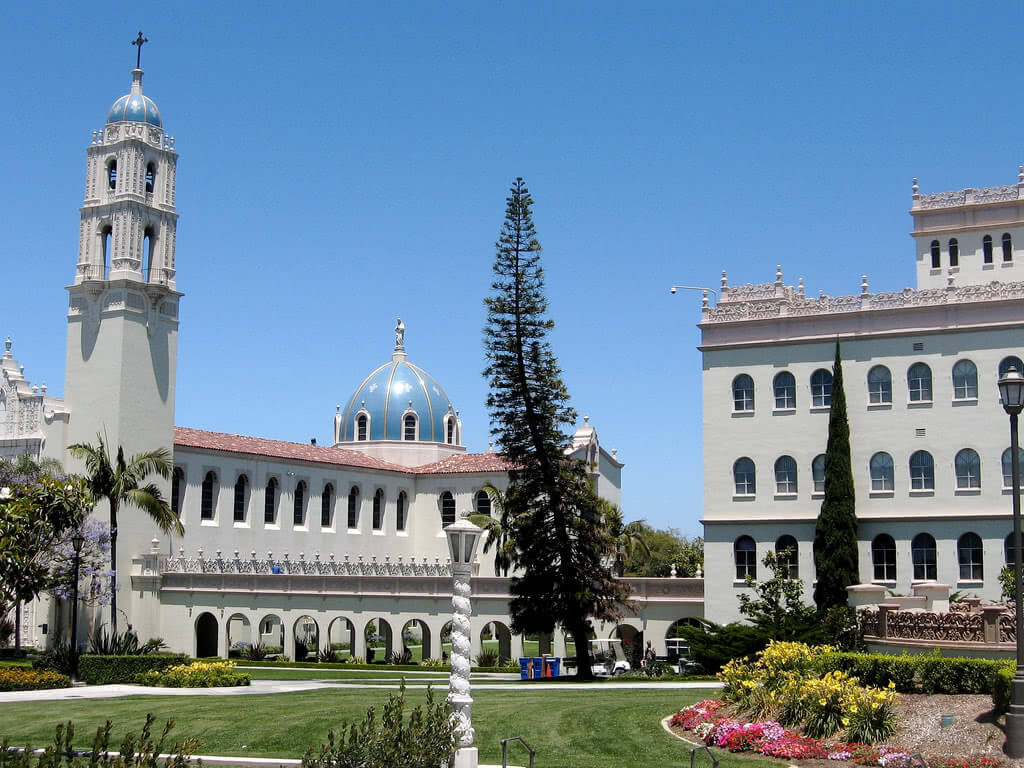 By 2016, GWU will source about half of its electricity from solar farms, helping the campus to meet its goal of reducing its carbon footprint by 40 percent by 2025. Single-stream recycling on campus makes it easy for students to reduce waste that goes to landfills, and Meatless Mondays in two of the dining halls serve to educate students about the environmental benefits of reducing meat consumption 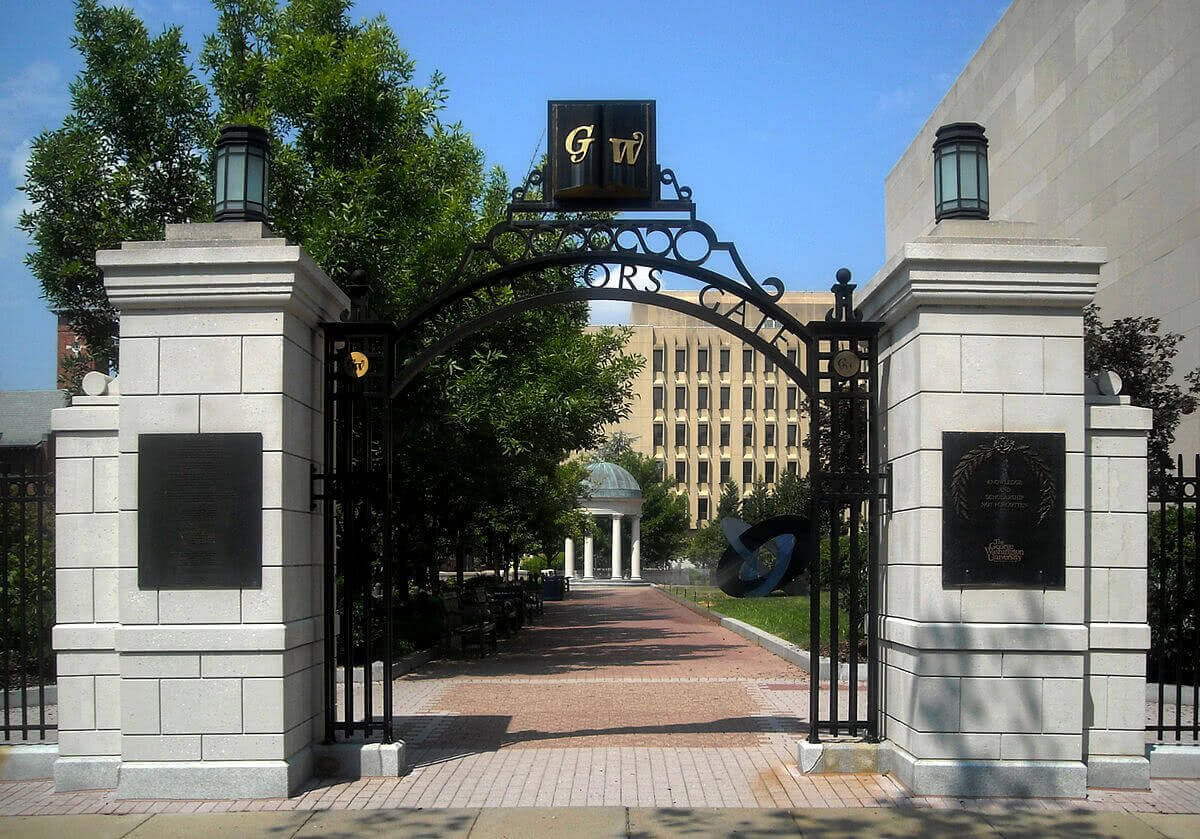 Penn hosts a month-long “power down” challenge in which building occupants compete to see who can reduce energy use the most. In addition to reducing carbon footprint by using less energy, Penn is committed to “greening” lab practices by improving recyclability and stressing waste reduction. 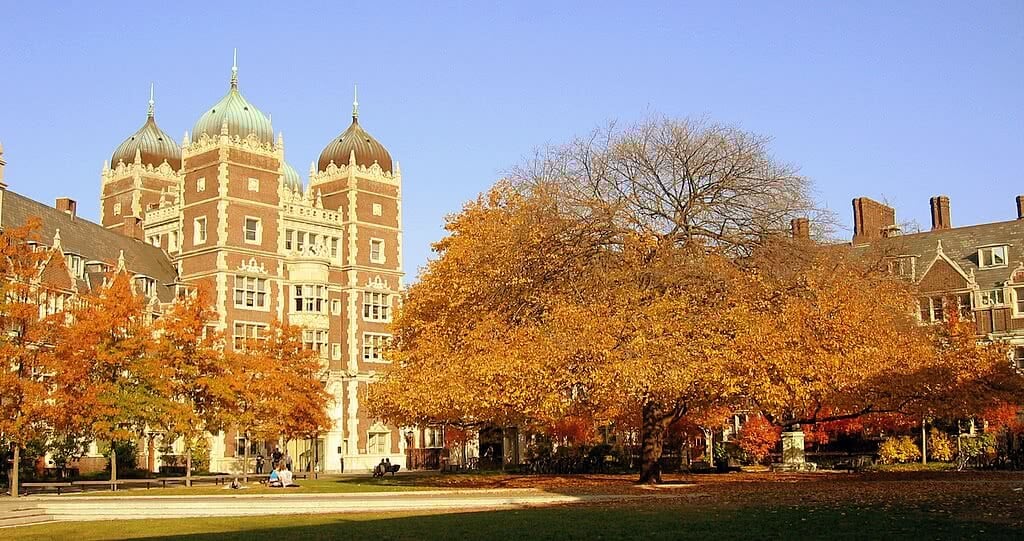 Despite being an urban campus, Georgia Tech is home to a whopping 12,000 trees–making it both literally and figuratively green. Campus sustainability initiatives include the installation of low-water flush toilets (92 percent of all toilets on campus) and building efficiency optimization. In addition, Georgia Tech uses extra dining hall food to make meals for local shelters. 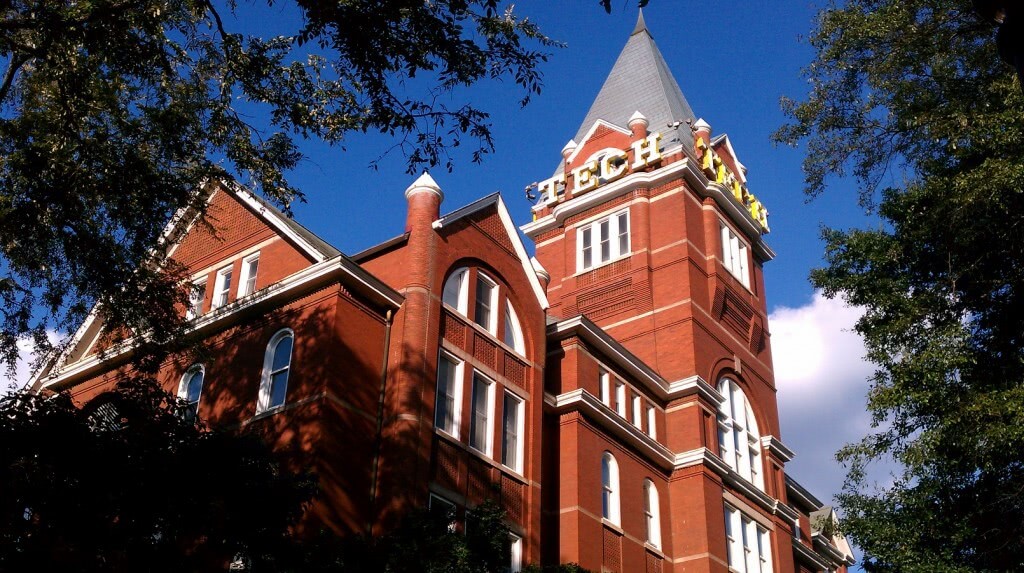 Every aspect of life at USF is enriched by campus-wide sustainability initiatives. Efforts include widespread recycling, using more efficient transportation methods, and energy conservation and recovery. Moreover, USF actively seeks to locally source food in its dining halls and collects and recovers some types of wastewater for use in irrigation. 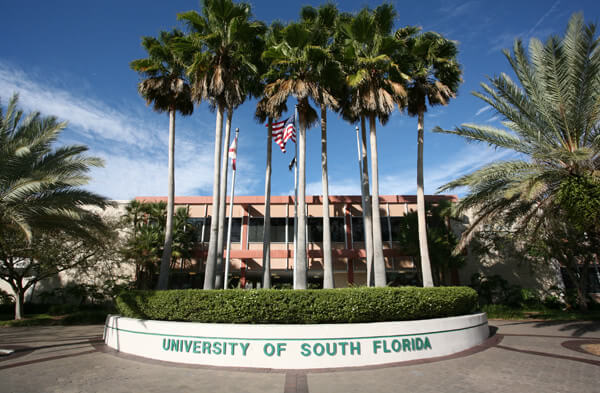 Stanford actively seeks to reduce its use of carbon-based energy by retrofitting its most energy-demanding buildings for efficiency. A campus-wide shift in transportation habits, including the use of bicycles, ride-sharing, and diesel-electric bus services, has been widely effective at reducing emissions.

Loyola Chicago is home to more green roofs (roofs covered in living greenery) than any other campus in the Midwest. Moreover, a reservoir managed by LUC stores more than 10 million gallons of storm run-off–keeping it from dirtying Lake Michigan and the Chicago River. Other initiatives include extensive recycling and composting programs. 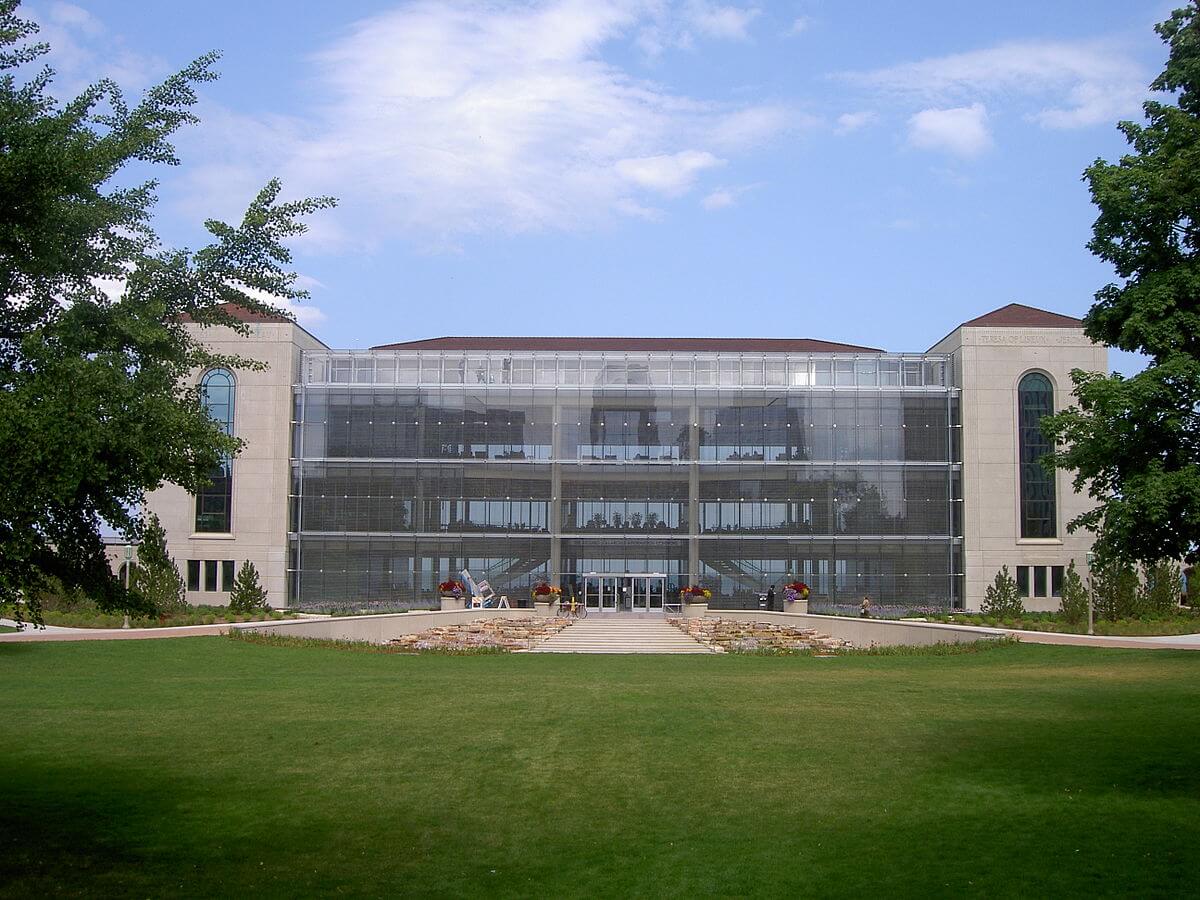 Santa Clara is committed to reaching carbon neutrality by the end of this year by reducing greenhouse gas emissions. The university also commits to responsible consumerism, which it practices through its lending library and implementation of reusable food containers rather than disposables. 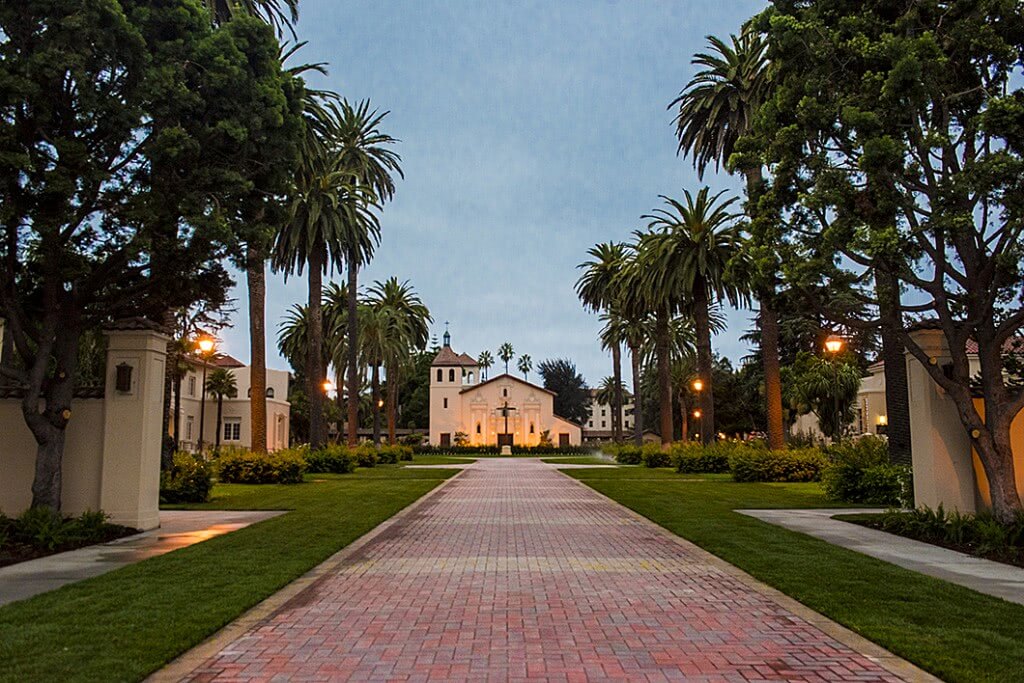 A 50-acre student-run organic farm helps support Dickinson’s dining halls while teaching students lifelong gardening skills. Other sustainability programs at Dickinson include real-time monitoring of energy use in campus buildings, as well as “The Handlebar” which hosts a campus bike-exchange and teaches bike ownership skills. 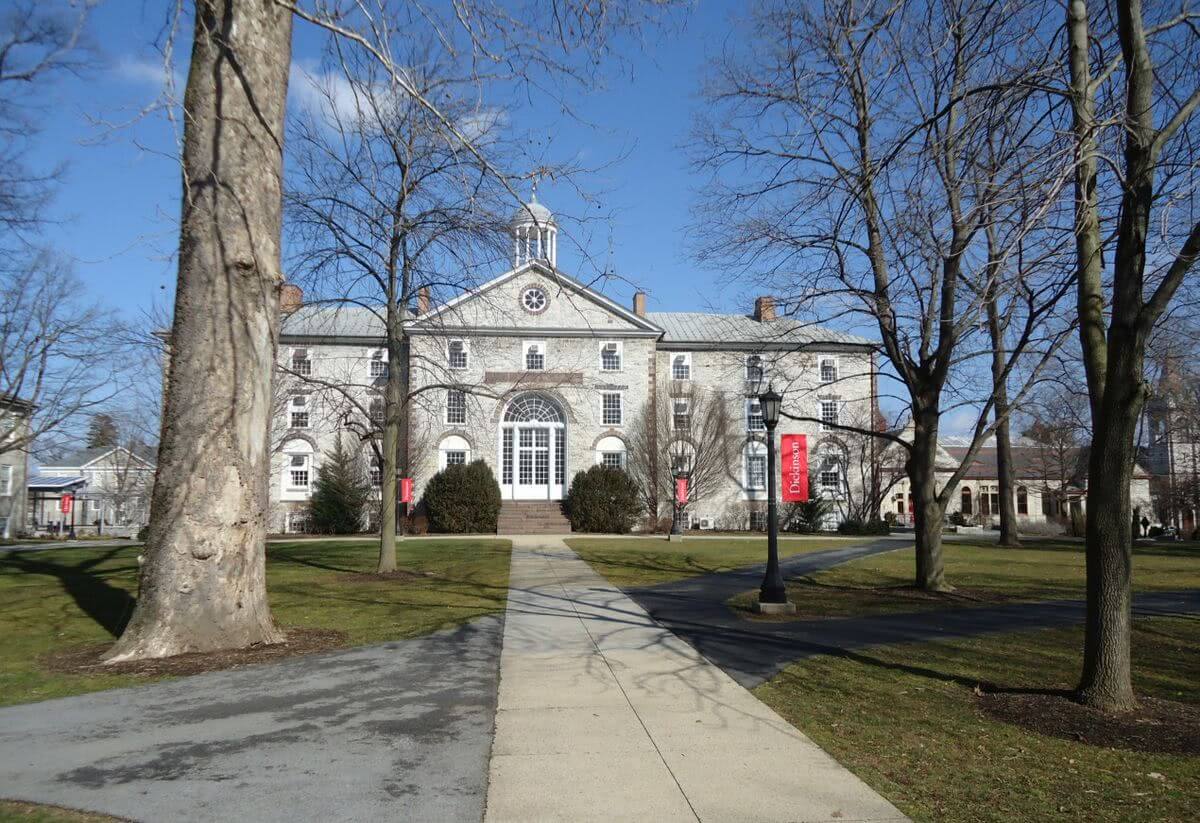 American University shows its commitment to the environment and is one of the greenest college campuses through extensive waste management policies, carbon emission reductions, and green construction programs. More than two-thirds of waste produced at American is diverted from landfills and all construction, including new buildings and renovations, are not approved unless they are LEED-Gold certified or higher. 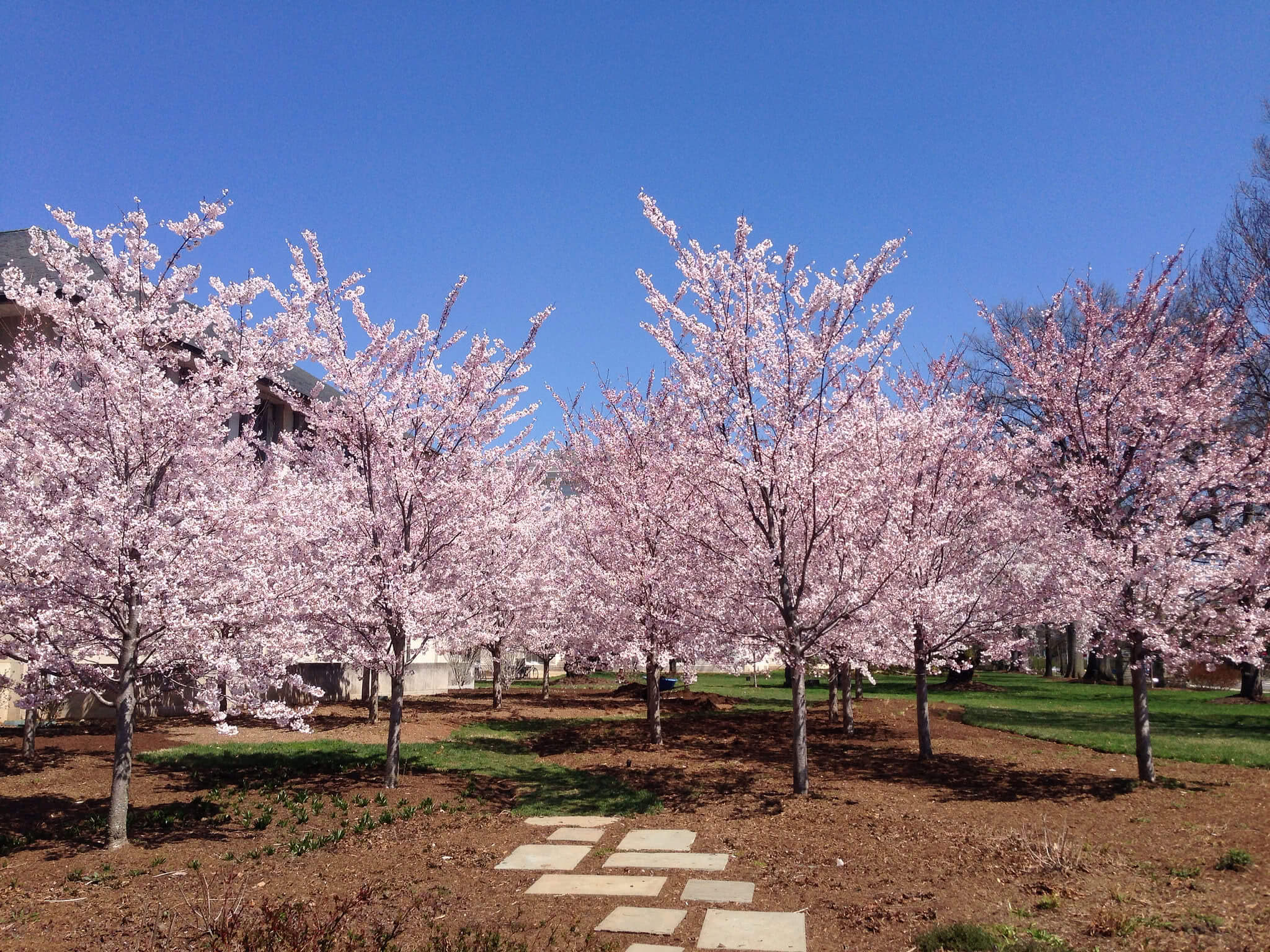 Methodology: four measures of campus sustainability were considered to determine the greenest college campuses. These were: The College Sustainability Report Card, Sierra Club Cool Schools 2014, EPA Top 30 Colleges and Universities, and the AASHE Stars Gold rated campuses. First, colleges were ordered based on the number of lists they appeared on (all were mentioned either 3 or 4 times). Then, colleges were further ranked by averaging EPA and Sierra Club rankings (the other measures did not rank schools).

2 thoughts on “25 of the Greenest College Campuses in the U.S.”