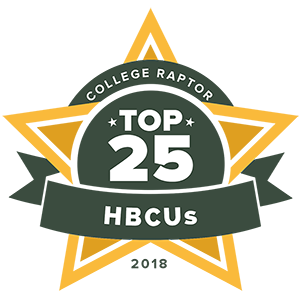 Historically black colleges / universities, or HBCUs for short, are schools established with the primary purpose of serving the African American community before the Civil Rights Movement.

Out of the over 100 best HBCU that are operating today in America, the following selection of 25 are the strongest institutions of the bunch. The schools continue in the spirit of their original missions, providing academic opportunities for ethnic minorities and underrepresented communities. 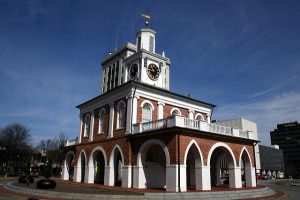 FSU, part of the University of North Carolina System, is the second oldest state supported school in the state of North Carolina. In 1877, 10 years after its founding, it was designated as the first designated teaching facility for African-Americans in the state. The school’s top majors are Nursing, Criminal Justice and Psychology. 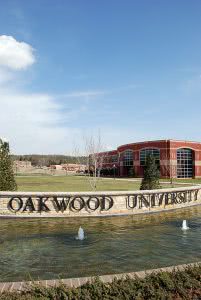 Owned and operated by the Seventh Day Adventist Church, Oakwood was, according to legend, originally named after a stand of oak trees found on campus. The university has a rich musical history, a touring choir called the Aeolians that has been active since 1946 and notable alumni in a variety of gospel groups. 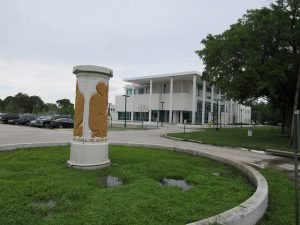 Affiliated with both the United Church of Christ and the United Methodist Church, Dillard was formed in 1930 when it incorporated several institutions, some dating back as far as 1869. Its 55 acre campus is situated near the London Avenue Canal and Gentilly Boulevard, two popular New Orleans landmarks.

Originally a teachers’ college, Elizabeth City State University has expanded to offer 37 undergraduate and four graduate programs. A member of the Thurgood Marshall College Fund and the University of North Carolina system, the school competes in CIAA Division II athletics as the Vikings. 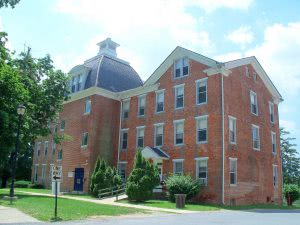 Lincoln is the nation’s first degree-granting historically black college. In addition to its 442 acre main campus in Oxford, Lincoln maintains a second location in University City. The university also has an impressive list of alumni, including Supreme Court Justice Thurgood Marshall and poet Langston Hughes. 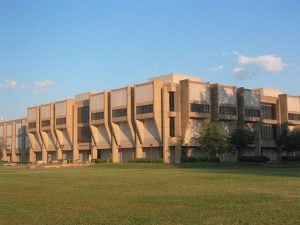 Located on the former site of a golf course, the 50 original acres of Norfolk State were sold by the city of Norfolk to the school for one dollar in 1935. Currently, the school has expanded to 134 acres to include facilities like a football stadium, a radio and television station, and an African art museum. 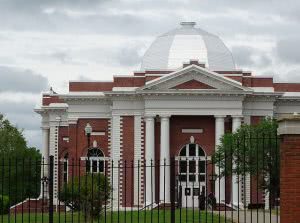 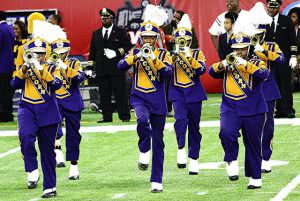 Alcorn State’s athletic teams are known as the Braves and compete in NCAA Division I athletics as members of the Southwestern Athletic Conference. The first black land grant college in the United States, many of its alumni were integral parts of the Civil Rights Movement, like activist Medgar Evers. 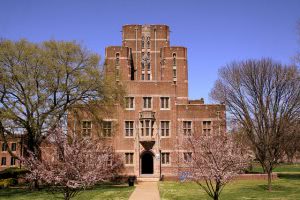 Named in honor of Clinton B. Fisk, who established the first integrated elementary schools in Tennessee, Fisk University was the first African-American institution to be accredited by the Southern Association of Colleges and Schools. The top five undergraduate majors at Fisk are Psychology, Biology, Business, Sociology and Political Science. 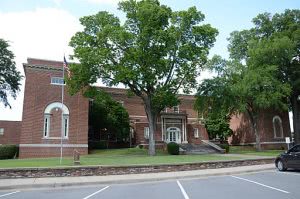 Philander Smith, located in central Little Rock, has a campus listed on the National Register of Historic Places that includes the “Old Gym,” the former barracks of an Air Force base. The school’s motto is “to graduate academically accomplished students who are grounded as advocates for social justice, determined to change the world for the better.” 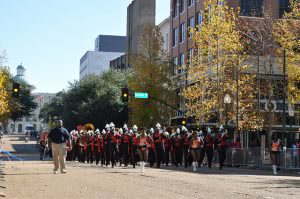 Founded as a seminary for the American Baptist Home Mission Society of New York City, the school has since expanded its academic breadth, as it is now considered a research university with high research activity. The school is also home to the well-known Sonic Boom of the South, one of the largest marching bands in the state. 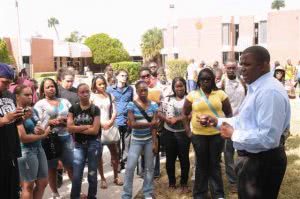 Bethune-Cookman offers 39 undergraduate majors, the most popular of which are Liberal Studies, Criminal Justice, Psychology, Business and Mass Communication. The school is fairly selective, with an acceptance rate of 67%. Three of its buildings are on the US Register of National Historic Places. 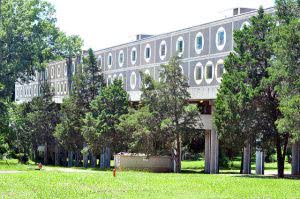 Tougaloo has a rich history of civic and social activism, including The Tougaloo Nine. Originally established by New York-based Christian missionaries as a school for teachers, it has expanded to include the prestigious Tougaloo Art Collection. The collection contains 1,150 work from African American, American and European artists. 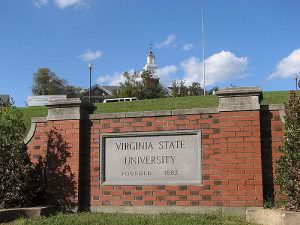 Virginia State is the United States’ first fully state-supported four-year institution of higher learning for black students. The university has a very active Greek system, including 20 active chapters of both sororities and fraternities. Its top three majors and Physical Education Teaching, Criminal Justice, and Mass Communication. 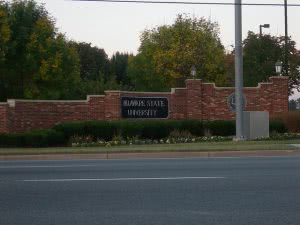 Along with the main campus in Dover, DSU has two satellite campuses in Wilmington and Georgetown. The school is one of the only historically black colleges to institute a no-smoking policy on campus. Delaware State’s student to faculty ratio is 16:1 and its first year retention rate is 74%. 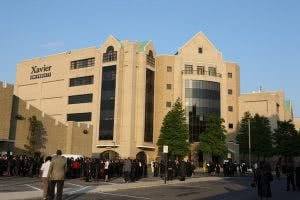 In the aftermath of Hurricane Katrina, in which almost all of Xavier’s buildings were damaged, the university received the Katrina Compassion Award from the US Corporation for National and Community Service for the combined efforts of faculty and students. Xavier is also the only Roman Catholic historically black school in all of the United States. 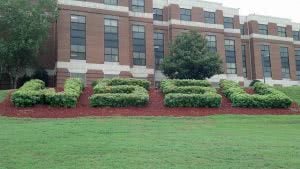 Winston-Salem State offers over 40 academic courses of study, the most popular of these being Nursing, Healthcare Administration, Kinesiology, Psychology and Business. Its campus spans 117 acres, and includes the acclaimed Diggs Gallery, known as one of the top African-American collections of art in the region. 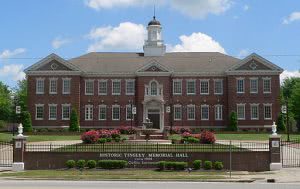 Founded in 1869 by missionaries hailing from Massachusetts, the New England Conference-supported university now has four academic school as well as the Carson Tisdale Honors College. Claflin’s student to faculty ratio is 17:1 and  has a first year retention rate of 77%. 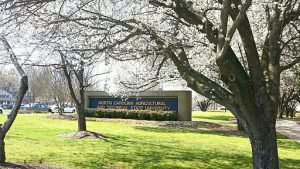 With it’s enrollment of just under 11,000, North Carolina A & T is the largest historically black college in the country. In addition to its 200 acre campus, the college also owns and operates a 600 acre farm and two research parks that span a combined 150 acres. These research parts house the school’s 16 research centers and institutes.

A member of the University System of Florida and one of the state’s land grant universities, Florida A&M is also the only historically black college in the state. The school’s NCAA Division I sports teams are called the Rattlers, and are cheered on by their mascot, Venom the Rattlesnake. 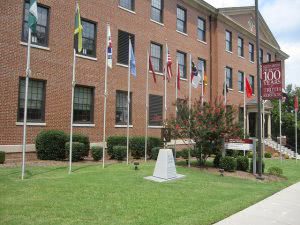 North Carolina Central, originally financially supported by former president Woodrow Wilson, is situated just south of downtown Durham. In conjunction with the American Jazz Caucus, the school sponsors a Jazz Research Institute. In terms of other academic pursuits, the most popular for undergrads are Mass Communication, Psychology and Sports Management. 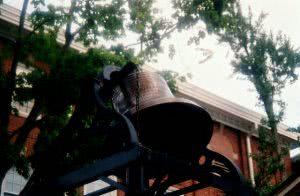 The alma mater of Dr. Martin Luther King, Jr., Morehouse was founded in the Springfield Baptist Church, the oldest independent black church in the country. Morehouse is also home to the King Collection, an extensive collection of 10,000 original documents written by Martin Luther King Jr. worth more than $30 million. 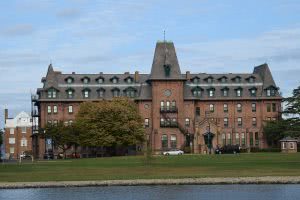 Also known as “Home by the Sea,” Hampton University looks south across the harbor of Hampton Roads. The school’s acceptance rate is 54% and its student to faculty ratio is 19:1. Hampton student athletes wear blue and white to compete in NCAA Division I sporting events, and are known as the Pirates. 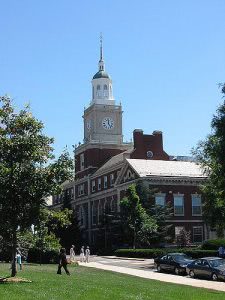 One of the most comprehensive historically black colleges in the nation, Howard produces the most black doctorate recipients of any not-for-profit institution. From its establishment in 1867, the school has been open to students of all genders and races. Notable alumni include writers Toni Morrison and Ta-Nehisi Coates and actress Taraji P. Henson. 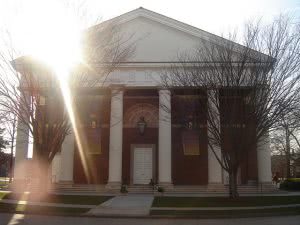 Spelman is a highly acclaimed historically black college for women. The student to faculty ratio is 11:1 and Spelman boasts a 91% first year retention rate. The college has more than 80 student organizations for students to get involved with. Notable alumni include Bernice King, daughter of Martin Luther King Jr.