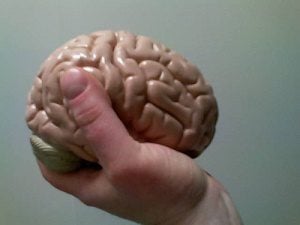 Studying for the ACT or SAT? Gearing up for a test in your least favorite class? Got a college final coming up? Just need to memorize something quick? We found 5 more ways to improve your memory.

Pay attention! There will be a pop quiz. (No, really, there’s a quiz at the end).

If you really want to lock in a piece of information, focus on it for at the very least 8 seconds–longer if possible. Uninterrupted concentration for about that long will transition information from your short term memory to your long term memory. Need to memorize a vocab word? Really focus hard on the word and its meaning for a minimum of 8 seconds and you’re more likely to remember it later.

Here’s a quirky trick: the next time you learn something and need to recall it later, tighten your fist. Studies are showing that if you are right-handed and clench your right fist while learning a new bit of info, you can more easily recall it later by clenching your left fist. (It’s the opposite for lefties–left fist clench while learning, right fist clench while recalling). Aim for 30-45 seconds of clenching, preferably around a stress ball.

This next tip is a tad contradictory when it comes to scientific studies, fair warning. But many studies show that chewing gum while learning something keeps your brain active and helps you concentrate.

The first prevailing theory is that the act of chewing gum helps more oxygen flow to the brain, due to the exercise of the jaw. The second is that chewing stimulates the brain’s hippocampus, which is an area that aids memory.

Yes, that’s right–doodle. Despite what everyone may think, doodling is actually good for your concentration! Well, at least better than drifting off into a daydream. If class ever gets boring or a lecture drones on and on, doodling will actually help keep your brain active.

In one study, a scientist played a long, dull tape of a phone message to a group of people–half of which were told to doodle during the recording. The scientist then quizzed everyone and found the doodlers remembered 29% more information than the non-doodlers!

This type of memory hack has been used since the times of Ancient Greece! There are four main types of mnemonic devices: rhymes, acronyms, imagery, and chunking.

Humans like to rhyme things. Since it’s both amusing and pleasing, we tend to remember rhymed things more easily.

Imagery can also be used to recall information. Picturing an image and associating it with a piece of information can greatly aid recollection of that info later on.

We use acronyms pretty much every day of our lives–FBI, NCAA, BMW, USA, CBS, just to name a few. But in addition to shortening names, acronyms can be used as a mnemonic device to help memorize things.

The last kind of device is that of chunking. Chunking is breaking down longer pieces of information into a more manageable size. Take phone numbers for example, instead of memorizing a string of numbers like 8675309, we chunk it: 867-5309.

The human brain is a fascinating and mysterious organ. Scientists are constantly making new discoveries about the brain, and psychologists are always coming up with new theories and practices.

When it comes to taking tests–whether it’s the ACT / SAT or a college final–every little trick helps. Put these tips to use, study hard, and take care of yourself to realize your testing potential. Memory can be a fickle thing, but there are ways of improving it.

Hope these tactics worked for you, because it’s time for a pop quiz! (And no scrolling back up to cheat!)

How did you do? (Now you have our permission to scroll up and check!)