There’s nothing quite like starting fresh at the beginning of the year. New Year’s Eve is one of the most widely celebrated holidays. Around the world, people count down to midnight on December 31st. While most students are home for the holidays, there are a number of colleges that have a New Year’s tradition of their own! 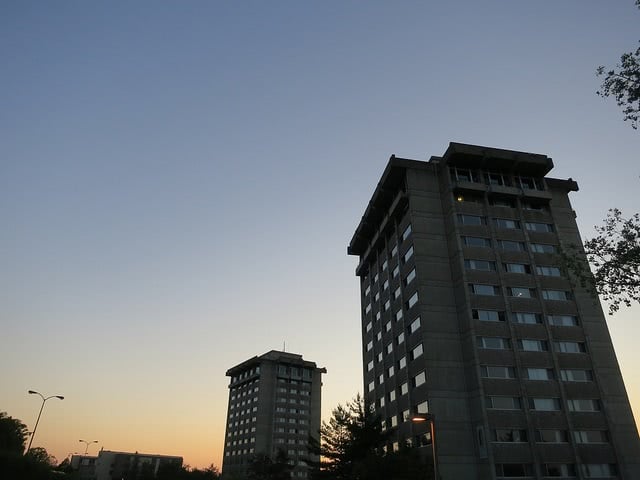 A tradition over 50 years old, each New Year’s Eve Ithaca college lights certain windows in their East and West towers to indicate the last two digits of the current year. When midnight strikes on January 1st, the numbers will change to reflect the new year. Coordinators have special bulbs to ensure the numbers shine bright, and extras in case anything goes (temporarily) dark. A relatively simple tradition with a simple set-up, the nearby residents feel the impact in their memories. 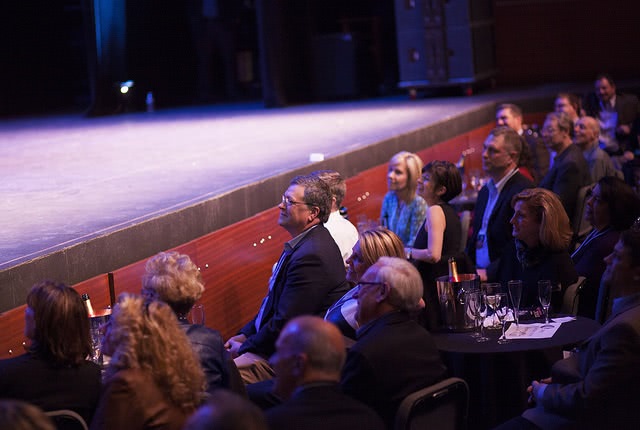 The New Philharmonic performs annually at DuPage’s McAninch Arts Center, much to the delight of Chicagoland residents. The December 31st are a highlight and almost always sell out—though in the last few years they’ve broadcasted the concert. The concert roster changes each year and has featured classical music from the greats like Josef Strauss, Chopin, Tchaikovsky, and Beethoven. Of course, the concert also features modern masters too, such as John Williams, Rodgers & Hammerstein, and even Paul McCartney, so there’s something for everyone! 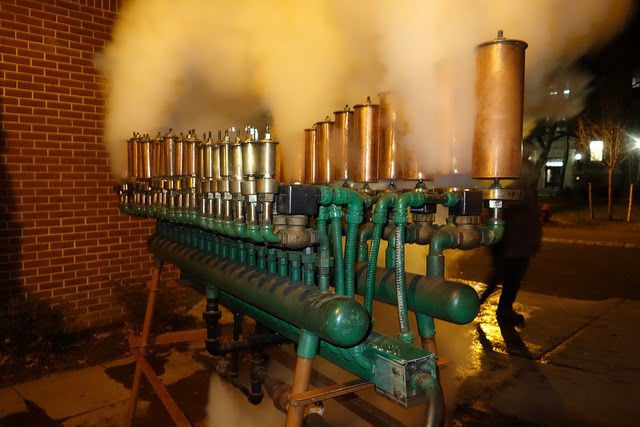 Though the institute doesn’t officially sponsor the event, students sorely miss this tradition.

In 1965 chief engineer Conrad Milster would blow an array of loud steam whistles to ring in the new year. Milster would attach dozens of various types of whistles to a giant pipe, and use steam to blast a deafening sound. The instrument featured whistles from locomotives, ferries, and even the S.S. Normandie ocean-liner. Unfortunately, the pipes sang their last New Year’s song in 2014, when Pratt discontinued the tradition over safety concerns. 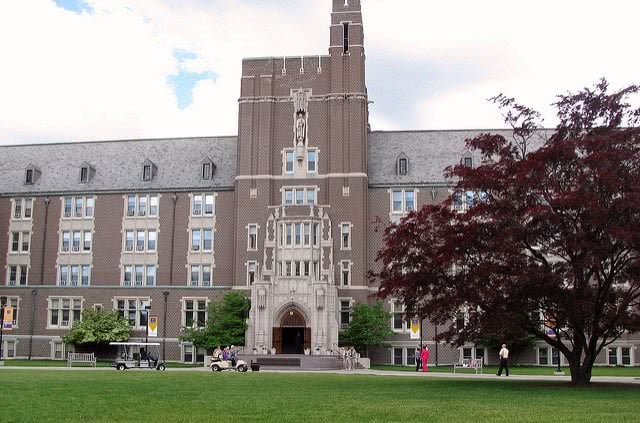 Why not welcome the new year with some laughter? Political satire troupe The Capitol Steps is an annual tradition at Nazareth College’s Arts Center. They’ve performed on New Year’s Eve at Nazareth for the last 23 years. This year’s performance promises plenty of comedy given the current political climate. The troupe puts an emphasis on being bi-partisan, ensuring both sides of the spectrum get an equal amount of “goofs.” The Capitol Steps was founded in 1981 by Senate staffers who wanted to poke fun at the very political system they were part of.

Interested in any of these wonderful colleges? Check to see if they’re a good fit for you with College Raptor’s free match tool.