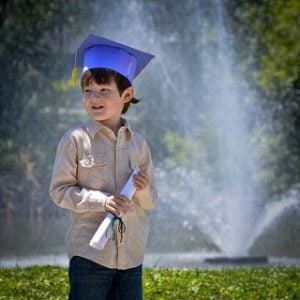 Some of you may have noticed the new trend in college recruiting letters: They are being sent to some students as early as their high school sophomore year. At first, this might not make sense. After all, what have students proved with only one year of high school under their belts? It is a surprising amount. Whether it’s grades, test scores, or athletic ability, there is something attracting schools to you.

Most high school students probably don’t have any idea where they want to go until their junior or senior years. That’s when the standardized testing and impending graduation bring it to the forefront. By sending out letters early, colleges have an increased chance of attracting you. They are making you think about them and consider them because they want you. They want good students to look into their programs and maybe say, “Hey, I want to go here!”

Often, a part of this has to do with sports. College coaches are always looking to recruit the best athletes possible. Part of that process includes making certain that promising athletes look at the school early. It can be the start of a sort of dialogue between the school and the student. At a certain point (probably later in your high school career), they might also offer scholarships for your consideration.

Colleges also tend to send mail early to students who test well. If you’ve been taking the PSAT, NMSQT, practice SATs, or practice ACTs, you’ll probably see an influx in your snail mail and email, particularly if you have achieved high scores. While some data suggests that ACT/SAT scores predict “success” (aka, GPA) in college, there are some studies that say these are not as closely correlated. Many schools still rely on these scores as part of the application process. If you are testing well in the early standardized tests, the idea is that you will test well on the SAT/ACT, and therefore be a prime prospective student in the future.

You’re more likely to research them

The main thing with all of these recruitment letters is that while you can research schools and consider their programs as much as you want. There is no harm in this, and perhaps you find a program that you might not have known existed. You can keep your options open during this recruitment period; as a sophomore or junior in high school, there is really no sense to commit to one particular college.

Another thing is that you can always ignore the letters until you actually want to consider colleges. It is not always easy to pick a school if you do not know what you major to go into, and asking 14, 15, and 16-year-olds what they want to do for the rest of their lives can be a lot. Some people know; many don’t. So if you don’t feel like looking into those early recruitment letters because you don’t really know what kind of program you’re looking for, that is completely acceptable.