Hidden Gems in the Northwest | 2020 Rankings 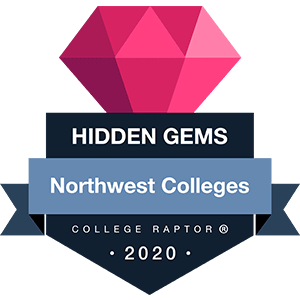 Ah, the Northwest. Known for innovative ideas, beautiful landscapes, diverse geography, and interesting culture. Another thing to add to that list: great schools of all sizes. While many of the Northwest schools have recognizable names, there are many good Northwest schools that aren’t quite as well known. That’s why we wanted to highlight some!

For the purposes of this list, we’ve included the following states as part of the Northwest region of the United States: Alaska, Idaho, Montana, Northern California (anything north of San Jose), Oregon, and Washington.

We’ve included the top three highest ranking gem schools for each state; but if you see only one or two, it just means those were the only schools to meet our criteria.

Note: This year Wyoming did not have any schools that qualified as a Hidden Gem, so it has been omitted.

To qualify as a College Raptor Hidden Gem, schools must meet the following requirements:

Hidden Gems in the Northwest 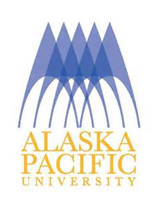 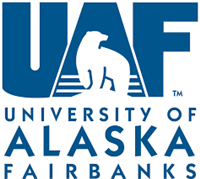 In addition to being a flagship school, UA Fairbanks is also a land-, sea-, and space-grant university. It has a 73% first-year retention rate. The majority of students attending the school for the first time are originally from Alaska---88%, in fact. Biology is the most popular major, followed closely by Business.
Location Fairbanks, AK
Institution Type Public
Student Enrollment 7,404

The College of Idaho does not require students, at any level, to pay an application fee. C of I’s student body is overwhelmingly undergraduate, at a whopping 98%. The college offers 26 different major programs---the most popular of which is Business. College of Idaho graduates include NFL players, governors, and Rhodes Scholars.
Location Caldwell, ID
Institution Type Private
Student Enrollment 964 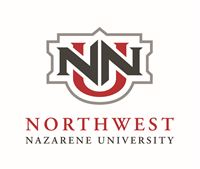 Northwest Nazarene University is home to the Nighthawks. The official school colors are red and black. Popular sports on campus include basketball, track, baseball, and soccer. Approximarely 76% of students decide to stay at the university following their first year. 68% of the students on campus are studying for their bachelor’s degree.
Location Nampa, ID
Institution Type Private
Student Enrollment 2,201 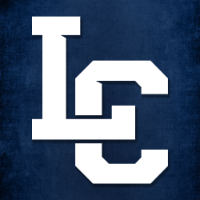 Navy, white, and red are the official school colors of Lewis-Clark State College, home of the Warriors. Their campus is located on the Snake River, which acts as a natural border between Idaho and Washington. The highest degree offered is the bachelor’s, which is why only undergraduate students study on campus.
Location Lewiston, ID
Institution Type Public
Student Enrollment 3,684 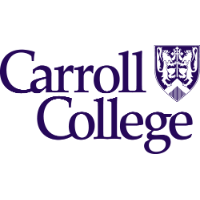 Carroll College students go by the nickname of Fighting Saints. Students can be seen at the various sports games, supporting over 360 of the college’s student athletes. Carroll’s top majors all happen to be health related, examples being Nursing, Health Services, and Biology.
Location Helena, MT
Institution Type Private
Student Enrollment 1,327 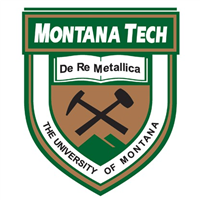 Salish Kootenai is classified as a Tribal College, with a focus on providing post-secondary opportunities for Native American students. The school does not have an application fee and is unique in that it provides Open Admission, accepting all that apply. Popular majors at the college include Nursing, Elementary Education, and Psychology.
Location Pablo, MT
Institution Type Private
Student Enrollment 720 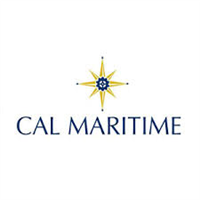 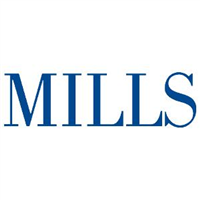 Mills College was the first women’s college west of the Rocky Mountains when it moved to Oakland in 1871. The undergraduate class is composed entirely of women, though there are male graduate students who study there. The school’s motto---Una destinatio, viae diversae---means “One destination, many paths.”
Location Oakland, CA
Institution Type Private
Student Enrollment 1,257 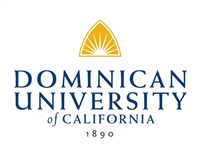 Founded in 1890, this school has three school colors: black, gold, and white. Dominican University of California student’s go by the nickname of ‘the Penguins,” with their mascot being Chilly the Penguin. The school’s motto, originally in Latin, means “Truth is a Flaming Torch.” The university also has 11 varsity athletic teams.
Location San Rafael, CA
Institution Type Private
Student Enrollment 1,779 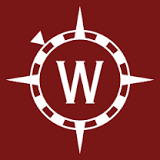 Though a beaver features on the seal of Willamette University, their students are known as Bearcats. WU’s mascot is named Blitz, and their school colors are cardinal and old gold. 100% of Willamette students receive grant aid to help fund their education. Believe it or not, more first-year students on campus come from California than Oregon.
Location Salem, OR
Institution Type Private
Student Enrollment 2,363 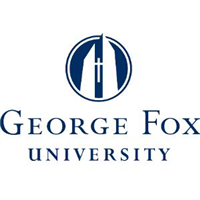 Founded in 1885, originally as a school for Quakers, George Fox University’s official school colors are old gold and navy blue. Over 100 students study the university’s most popular major: Business. Approximately 81% of freshmen decide to stay at the university and continue into their sophomore year.
Location Newberg, OR
Institution Type Private
Student Enrollment 3,941

The students at this school refer to themselves as Boxers. Their official school colors are even called Boxer red and Boxer black. 95% of the students there receive grant aid to help pay their college costs. The class size is about ten students for every one faculty member.
Location Forest Grove, OR
Institution Type Private
Student Enrollment 3,938 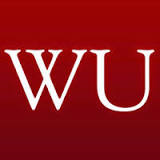 Whitworth University is home of the Pirates---unofficially known as the Bucs. The school has just under 420 student athletes and is a part of the NCAA, including a football team of 110. Students wear crimson and black to cheer on their athletes. 97% of students receive grant aid to help pay for their higher education.
Location Spokane, WA
Institution Type Private
Student Enrollment 2,776 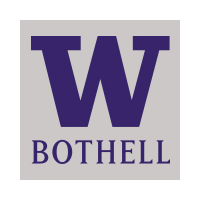 The top 5 most popular majors on the UW Bothell campus are Business Administration, Registered Nursing, Computer Science, Mass Communication, and Accounting---in that order. The Bothell branch of the University of Washington system, is one of the younger universities---founded in 1990.
Location Bothell, WA
Institution Type Public
Student Enrollment 5,970 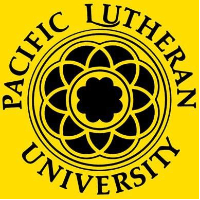 This university was founded by Norweigan Lutheran pioneers in 1890. The school’s official colors are black and gold. While Pacific Lutheran’s mascot is a Knight, students at the school go by the nickname of the Lutes. The school’s motto is “Educating for Lives of Thoughtful Inquiry, Service, Leadership and Care.”
Location Tacoma, WA
Institution Type Private
Student Enrollment 3,207