College Raptor Goes to the Supreme Court (No Kidding!) 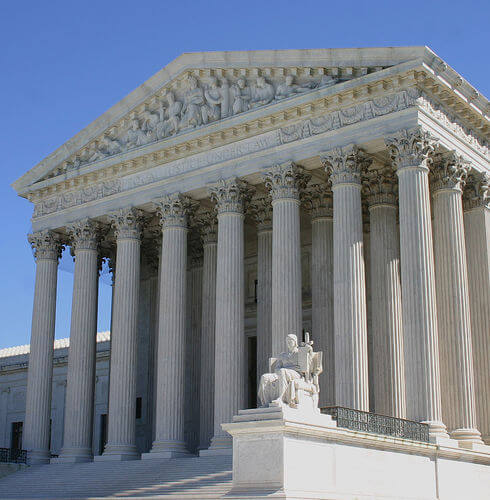 When we started this website, we had one goal in mind. Let’s help students find the best possible college matches for them, and help them understand and save money. (Simple, right?)

Well, it turns out that it’s not that simple. But, we’ve had a whole lot of fun building what we think is the best college matching site on the planet. And creating a bunch of cool content along the way.

We’ve seen our site and our posts show up in places like the MPR blog, The Washington Post, and on college websites around the country. But, we never–in a million years–imagined what was to come. Our humble company would land itself on the desks of the justices in the highest court in the country.

Two posts from this very site–and two members of the College Raptor team–were recently cited in a case that was brought before the Supreme Court of the United States!

Our two infographics showing where the U.S. Senate and the U.S. House of Representatives attended college were apparently cited in a document submitted to the justices as part of the case Abigail Fisher v. University of Texas at Austin, which discussed the role of affirmative action in the college admissions process.

When we put this graphic together last year, we thought it was just sort of a cool exercise. We had no idea that our little project could be used to help decide such a major case.

What a time to be alive!

To say that we’re honored to have been cited is a bit of an understatement.

It’s not every day that you can say something you wrote and published was probably read by the entire Supreme Court. It’s a bit surreal to consider.