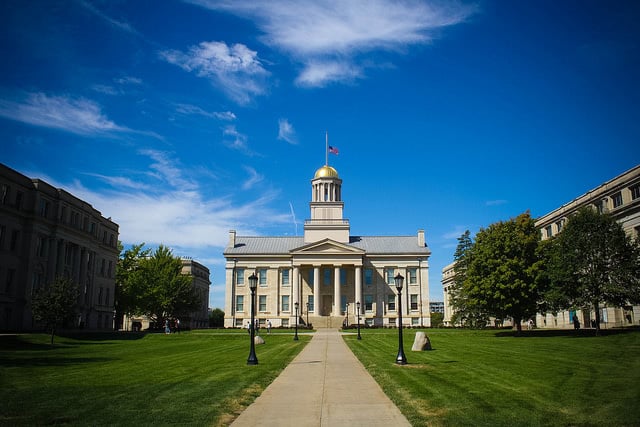 Known for its pivotal role in our nation’s agriculture production, the state of Iowa has more to offer than just corn and soybeans. The state is known for having a strong public education system, with its three regent universities (University of Iowa, Iowa State University, and University of Northern Iowa) students from around the country travel to Iowa for Big 10 and Big 12 athletics, as well as highly-regarded academic programs of all types.

In addition to the well-known state schools, Iowa has nearly 40 colleges and universities in total. Of those, both Grinnell College and Drake University are highly-ranked private colleges.

From small, private liberal arts colleges to large public universities, the state of Iowa offers a range of college options for students both in and out of state.

Here are all 38 top universities ranking in the state of Iowa: