Home > Getting In > Questions & Answers > What Does Test-Flexible and Test-Required Mean?

What Does Test-Flexible and Test-Required Mean? 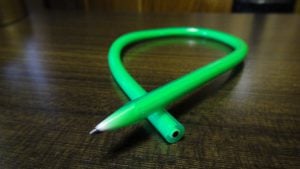 Though the names themselves might be somewhat self-explanatory, many are surprised to hear that some colleges don’t actually require incoming students to submit ACT / SAT scores. Yes, you read that correctly. With all the emphasis put on ACT / SAT prep, test day, and results, it might seem strange that some colleges don’t actually request those scores. So let’s break down what test-flexible and test-required mean, and what they mean for you!

Let’s start with the most common type. Test-required means, as its name would suggest, that the ACT / SAT scores are mandatory parts of your college application. You must take the ACT and/or SAT. Without them, the application is incomplete and admissions officers won’t really bother looking at the rest of your qualifications.

These standardized testing scores are a quantifiable way to evaluate students. While they may not be the deciding factor—as other things like GPA, class rank, extracurricular activities, and essays are also taken into consideration—it is a nationwide marker of academic ability. It makes sense, then, that many colleges require those scores. In fact, about 78% of all colleges think of the ACT / SAT as “considerably important.”

Larger colleges tend to put more emphasis on the test scores, as do more highly selective institutions. And with many scholarships dependent on a certain ACT / SAT score minimum, there’s no doubt that the two entrance exams are widely thought to be vital to the college application process.

There has been a growing trend in higher education lately, of not requiring students to submit their ACT / SAT scores. Test-flexible (or test-optional) colleges allow students the choice of whether or not they wish to show their scores on their application. Since the exams are such a big deal nationwide, many students are proud of the score they worked hard to receive and so they want to highlight it—test-flexible allows them to do just that.

Over 240 colleges and universities are considered to be test-flexible nowadays, putting more emphasis on the other aspects of a student’s application than just the numbers. There are a number of different philosophies as to why the ACT / SAT are not the be all, end all of an application—some highly academic students just don’t test well, some argue that standardized testing isn’t a great measure of knowledge or ability, etc. Whatever the reasoning, test-flexible schools do not require ACT / SAT scores for a student to apply.

Though test-flexible is becoming more and more popular, a majority of schools still require the ACT / SAT, so if you were hoping to skip out on it, we’d urge you not to. It is still well worth the effort of studying, taking the test, and trying to improve your score, because as we mentioned earlier, many scholarships and grants have minimum score requirements in order for a student to be eligible.

Interested to see how your ACT / SAT score affects your acceptance odds at schools around the country? Check it out with College Raptor’s free match tool!