Home > Getting In > Questions & Answers > What Happens if You Back Out of Early Decision?

What Happens if You Back Out of Early Decision? 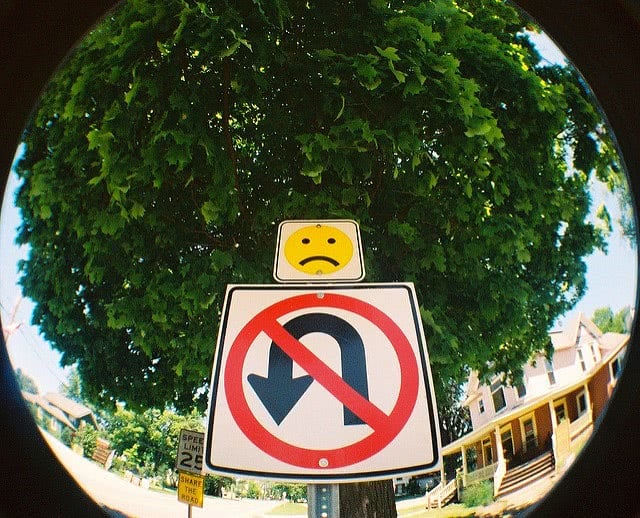 Early decision is binding, which means if you applied and were accepted, you are obligated to attend. But what happens if you back out of early decision because you are having second thoughts or something major is going on in your life? Backing out of the decision can be tough, but here’s what can happen if you need or want to.

What is Early Decision?

Early Decision is an early application and acceptance cycle at colleges for interested students. Applications are usually due on November 1st or November 15th, with answers being sent from the school by mid-December. However, this application is a contract and is binding. This means if you apply under Early Decision and are accepted to the school, you are required to attend the following fall. You should not apply to multiple schools under Early Decision as this can result in one or both schools revoking your acceptance letters if you are caught.

Some schools also have an Early Decision II (EDII) with applications due on January 1st and responses coming in mid-February.

What Happens if You Back Out of Early Decision?

Since Early Decision is considered a contract, what happens if you discover you can’t or don’t want to attend after you receive your acceptance letter? The answer really depends on your situation. Here are things that might happen if you back of out early decision.

1. Nothing, If You Back Out With Good Reason

Yes, early decision is binding. However, if you have a good reason for backing out of an early decision offer from a college, the school will often let you leave without penalty. A common reason for being released from the offer is due to finances. Sometimes a student won’t receive the financial aid package or grants they need and therefore can’t afford to attend the school.

However, it’s important to note that you should try to have your finances figured out ahead of time. Completing your FAFSA as soon as possible can help increase your chances of getting institutional grants or aid from the college in question. Even though these schools will generally allow you to back out of the agreement for financial reasons, that is not the case every time!

Other excuses considered a “good reason” include a sick parent or family member, a serious health issue, an accident, or something similar.

2. There May Be Consequences If You Don’t Have “Good” Reason

Each school is different on how they view the Early Decision, but students should understand that it is binding. Failing to have a “good” reason can result in some consequences. “Bad” reasons can include you simply don’t like the school anymore or you received an acceptance letter to another college you want to attend.

Some colleges understand and let you off the hook if you say, “I’m sorry but, after some reflection, this college is not the one for me.” However, this is not always the norm.

Early Decision is also an honor bound agreement and not a legal document. You do sign an agreement stating that you will attend the school if you are accepted. So there are some consequences you could face if you don’t have one of the good reasons listed above. They could include:

3. The College Contacts Your High School

Your high school is often part of the Early Decision application process and they have signed off on your application. You backing out could jeopardize future students’ Early Decision chances if they apply to the same college. In some cases, your high school counselor may turn around and tell the other colleges you’re applying to, hurting your acceptance chances at the other schools.

It’s important to note that some high schools won’t even send your transcript or other information to any colleges after you’ve already applied under early decision to one school and received an acceptance letter. As a result, you may find it impossible to apply to any other colleges in January.

4. Colleges Rescind Offers If You Applied in Bad Faith or to Two or More Schools

You should only apply to a single school under Early Decision. If you’re accepted to both, you can run into a problem – you gave both your word you will attend! You’ll have to back out of one. However, if you decline one and the college finds out about your other Early Decision application, you may find your offer is rescinded from both schools.

In the same vein, many colleges share “lists” of the students applying under Early Decision with one another. Did you apply to two schools under early decision that talk to one another? Most likely, neither college will accept you. Guidance counselors, alumni, and even classmates tip off college application departments, too.

Some schools actually require a deposit with your Early Decision application. You probably won’t be getting this returned if you back out of an early decision offer without a reason the school considers a good one. You want to be absolutely sure this is the school for you.

Backing out of an Early Decision offer could have severe consequences for your future. If you are considering backing out, it helps to do your research so you know what happens if you back out of early decision. But remember, this is also an honor bound agreement. Do not apply for Early Decision lightheartedly. It could come back to haunt your other college applications and the rest of your academic career. Recommendation: only apply to schools under this application cycle if you’re absolutely sure this is your dream school.

If you’re thinking about applying to a school under Early Decision, it helps to know your admission chances! Our College Match tool helps you identify the best colleges for you while also letting you know what they look for in an applicant and how likely you are to get an acceptance letter.