Home > Getting In > Myths > Myth: I’ve Been Accepted Into College! I Don’t Have a Thing to Worry About Now!

Myth: I’ve Been Accepted Into College! I Don’t Have a Thing to Worry About Now! 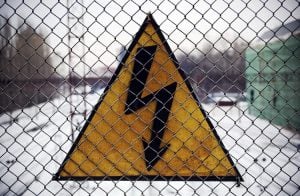 Receiving an acceptance letter from a college you’re really excited to go to can be a euphoric moment! All the hard work, the studying, the applications, the ACT/SAT tests, it all boils down to that one “Congratulations! You’re In” moment. And you should celebrate that you got accepted! Grab some ice cream, splurge a little on something you really want, go to a nice dinner. You’ve made it.

But don’t totally relax just yet.

The hard work isn’t over. You’ve likely still got an entire semester of school left, and just because you’ve been accepted by a college doesn’t mean you can slack off now. The rest of senior year isn’t the time to just sail by and not put any effort into. But colleges can still pull the plug on your application. That’s right, you can be accepted and then rescinded.

But what could lead a college to take back their offer of acceptance?

Some like to kick their feet up once they’ve been accepted. No studying, little effort on homework and projects, no worries, right? But if your grades drop too drastically in your last semester, the college you’ve been accepted to might see that as a sign of laziness and lack of dedication.

There’s no magical number that all colleges share, of course, that warrants rescinding. For some, it hovers around the 2.0 GPA mark of a formerly more academically accomplished student. It’s best to maintain (or exceed) the grades you reported on your transcript.

It’s understandable that a college might have second thoughts if a student is caught with illegal substances, shoplifting, driving under the influence, or any other number of crimes. Colleges want upstanding students, and so if a high school applicant breaks the law, they very well might rescind that invitation to study at their school.

Lying on any part of the application can result in a rejection—and more often than not, the college admission’s team will root out the truth. If you have circumstances you’d rather not showcase, it’s still better to be upfront about it.

Typically, a college will send a student a warning letter before rescinding their acceptance. Depending on the situation, a second chance might be in order. After all, the college doesn’t want to reject someone they’ve already selected—so they give the student another shot. Students who realize their attendance is in jeopardy often find the motivation to turn their semester around.

If you receive a warning letter, it is best to contact that admissions office right away—by phone call, if possible—not only will this get you more information on what you can do to redeem your application, but it will also show that college you’re taking things seriously.

Back in 2008 the National Association of College Admission Counseling (NACAC) found that 21% of colleges reporting rescinding an accepted application. Though not very common, the threat of a student’s acceptance being rejected is very real, and so they should fight against the so-called ‘senioritis’ in order to maintain their grades and behavior.