Home > Getting In > College Admissions > Myth: Most Students Are Not Accepted into Their First Pick School

Myth: Most Students Are Not Accepted into Their First Pick School 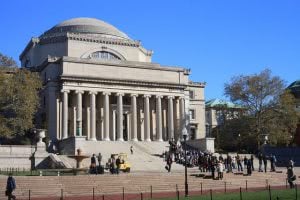 However, it’s not necessarily an acceptance issue. In fact, around 75% of applicants are accepted to their first choice school.

Accepted but Not Attending

The issue seems to come more from a financial perspective. In today’s economy, many students are swayed by either more affordable colleges or by larger financial aid packages. On top of financial aid, more students expect they will have to find jobs on or around campus to help offset the costs.

The most recent data states that 15% of the incoming freshmen for the 2016-2017 school year could not afford their first choice school. To put that in perspective, twelve years ago (2005), only 9% of students stated that concern.

While if your first choice is one of the Ivy League schools or a school with similar stringent acceptance rates there’s a good chance you’ll be disappointed, you have a decent shot at being accepted into your first choice school.

Whether or not you choose to attend is a different matter. There are many reasons to choose a different school (proximity to home, better academic programs, campus activities, a better “fit”, etc..) besides finances. Try not to let people scare you with false statistics.