Why Learning a Second Language in High School is So Important

Because English is a very popular language, American students tend to forget other languages may useful in their present and future life. People from Latin America, Asia, and Europe learn English as their second language at a very early age. They start studying it once they get into primary school. But why don’t people, whose mother language is English, get taught another one–such as Chinese or Spanish–when they are young?

Studies show that a large amount out of the 335 million people who have English as their main language never even consider learning another one. They don’t find a need to because most people they meet–even foreigners–can speak English. Even though it is true, English isn’t the most commonly spoken language in the world. Chinese is, followed by Spanish and then English. But still, people from all over the world take the time to learn English. Why don’t those who speak English try to do the same?

Most high schools offer several years of foreign language–typically Spanish, French, German, and Mandarin Chinese. Sometimes these classes are mandatory, other times they are electives–but you should take advantage of these courses.

Additionally, many colleges require a certain number of years of a foreign language before you can be admitted. If you lack that, you must take several courses once you attend their school. At a college or university, even more languages will be offered. Oftentimes, these courses are taught by a native speaker. You can even major or minor in one of them!

When it comes to learning a second language, the earlier you start the better off you’ll be. Studies have shown that the younger a child learns a language, the better they will both understand and be able to speak it. But just in case your elementary school didn’t offer First Grade Spanish, high school is a great place to start as well.

Your brain also improves a lot once you start learning another language. Psychologists from York University discovered that students who learn a foreign language get higher scores in their courses and tests, specifically on math and vocabulary. This because learning a second language influences the gray matter of the brain, the part that processes information. Thus, the student absorbs information faster.

By learning a second language, you open a huge window. If you learn Spanish, you’ll be able to talk to the 414 million people in the world who also speak Spanish. If you learn Portuguese, you can talk to 203 million speakers. It doesn’t really matter what you choose; the number of people you can communicate with grows.

Communicating with more people is the biggest reward you’ll get from speaking two or more languages. It will also increase your job opportunities. You’ll be able to find a job by only speaking English, but if your resume says you can also speak French or Italian, it is more likely you’ll get the job. Big companies tend to have business relationships with international companies. In order to communicate with those international partners, companies hire workers who can fluently speak a second language.

The Many Benefits of a Second Language

Learning a second language is the best decision you’ll ever make for multiple reasons:

The amazing thing is that you can learn any language and you’ll still get these rewards. Just pick one, maybe even two or three, you want to learn and start studying. 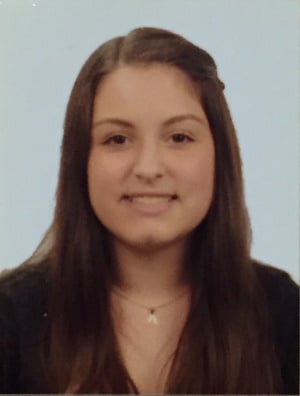