Home > Getting In > College Admissions > Dealing with a College Rejection Letter: What It Means to be Denied

Dealing with a College Rejection Letter: What It Means to be Denied

No matter what anyone tells you, rejection hurts.

This includes being denied from a college. Some still send their admissions decisions the old fashion way by mailing a thin envelope with the college rejection letter. Many other colleges have started using technology to communicate admissions decisions by sending an email or allowing students to log into the admissions portals. No matter how the decision arrives, it hurts when your first-choice college does not accept you.

Many students feel like it’s the end of the world when they find out they have not been admitted to a college, especially when the rejection letter comes from their “dream school.” However, this is just a setback that many people have overcome and from which they have gone on to achieve success. Here are just a few examples of people who were rejected by a college:

Instead of dwelling on their denials, these individuals worked past their disappointment, went to a different school, and still did great things in their lives.

It’s okay to be sad about rejections–it’s normal.

It’s no fun getting turned down by anyone, including a college at which you have been picturing yourself. Take time to be sad, but remember:

1. You are not alone

Many students will be denied admission to one of the colleges to which they applied. This is especially true for students who applied to highly selective colleges.

You did not get a rejection letter from a college because admissions officers didn’t like you.

For some students, they may have not been offered admission because they were not academically ready to do well at the college. At highly selective colleges, only a small percentage of students are accepted while many of the students who apply are academically qualified.

Colleges only have a certain number of seats available for incoming students and most colleges receive many more applications than available seats. This means that admissions committees must consider many other factors while trying to build their “well-rounded” class.

These “what ifs” won’t change the admissions decisions, so why dwell on things you cannot change? You are who you are. Don’t change for anyone, including a college. Instead, be yourself, and you will find another college to attend.

Don’t dwell on the bad. Pay attention to the victories–the acceptance letters.

As you know, colleges don’t admit every student. So, if they accepted your application for admission, they want you. Celebrate your accomplishments!

5. Embrace the schools that did accept you

All colleges have amazing things to offer students and the colleges that accepted you are no exception. Embrace these schools and find the one that feels the best for you.

6. There are other options

If you weren’t accepted to your dream school or any of the schools on your list, there are still other options.

A denial letter is not the end of the world. Instead, it is a detour on the way to your ultimate goal of a college degree. Detours are not always the route you wanted to take, but sometimes you’ll find them to be a better way to get to your destination. Embrace your options and move on to the destination that feels the best for your situation.

Curious about your acceptance odds? Use College Raptor’s free match tool to see your personalized acceptance odds at any four-year college in the country! 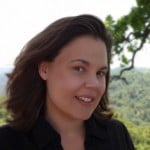 By Jessica Velasco
Jessica Velasco is an independent college counselor and founder of JLV College Counseling. She uses her prior experience and knowledge as an admission counselor and director to provide guidance to students and their parents as they go through the college admissions process.

One thought on “Dealing with a College Rejection Letter: What It Means to be Denied”