Major Naysayers: How to Deal with Stereotypes About College Majors 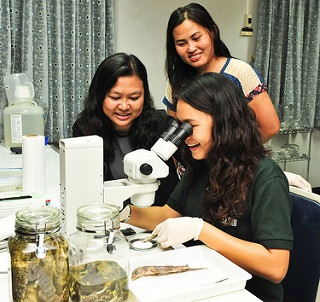 When I told my parents–both hardworking business people–that I wanted to major in English/Creative Writing, I could sense their hesitation. They sat me down multiple times to explain how I would need a steady, well-paying job after college. They urged me to switch to Communications or Education and just take literature classes on the side. It was disheartening, to say the least.

There’s a stereotype that says you can’t get a decent job with a BA in English, and that’s what my parents were going off of when they tried to persuade me towards a different academic path. There are college major stereotypes galore for just about every one of them: Theater Arts is a useless degree, a Business major is too generic and stiff, Engineering isn’t for women. With all the negativity swirling around it can be difficult pursuing what you’re interested in.

But there are ways to clear away the misconceptions and shed light on the truth of your intended major. Here are a few tips on how to deal with stereotypes about college majors.

Educate Yourself on College Major Stereotypes

Sit down and really dig deep into the research. Say you want to be a Biology major, then research colleges that offer good biology programs. Look at the required classes, the specializations. Then look at jobs that require a Biology degree–do they seem interesting? What are their opening rates like? When you thoroughly research your intended major, you can feel a little more secure about your decision to pursue it.

Did you know that English majors have a lower unemployment rate after graduation (9.8%) than both Economics (10.4%) and Political Science (11.1%)? In fact, English majors are in pretty good shape for the job market. Companies like hiring English majors because they excel in critical thinking, communication, and creativity. If I’d shown these stats and reasons for my parents early on, I’m sure they would’ve been more comfortable with my decision.

You have to take every stereotype with a grain of salt. There might be some truth to it, but it’s always better to back up an argument with research. If someone is badmouthing your potential major, hit them with the solid facts and prove both why it’s a good idea, and how you’ve really thought it out.

Weigh the Pros and Cons

There are always upsides and downsides to every major, and it’s important to know them before diving all the way in. With your research, compile a list of the good, bad, and ugly elements of the major you’re interested in. Think about them carefully. Are there any deal-breakers? What compromises can be made? Does it lean one way or the other?

Understand that Some People Just Won’t “Get It”

You won’t be able to eradicate all stereotypes or educate everyone you come across. I can’t tell you how many times I’ve told people I’m an English major and they automatically assumed I wanted to be a teacher. One friend of mine is a Business major because he really enjoys marketing, but everyone assumes he’s just in it for the money. It’s a reality that you’ll come across people who think differently than you, just remember that you’ve done your research and you know your interests better than anyone else.

Ultimately, you have to balance logic with passion. It’s important to pursue the things that really interest and intrigue you, but also keep realistic expectations. If you really do your research, weigh the pros and cons, and educate the naysayers, you (and potentially your parents) will feel more confident in your choice of major.