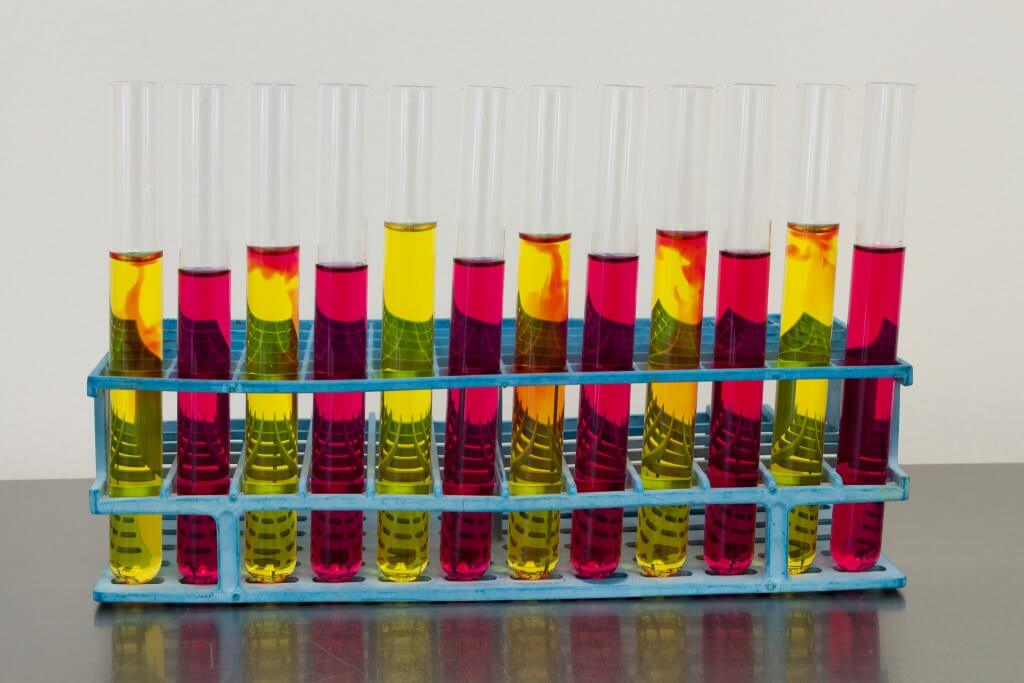 Composed of 40 questions, the ACT science section gives students 35 minutes to complete it. Three types of questions make up the 40 questions: Data Representation, Research Summaries, and Conflicting Viewpoints. For each type, students receive a short passage containing all the necessary information to answer the questions. Passages may be descriptions of experiments, graphs, and charts, or a combination of any of these things. Below is our ACT science section guide!

There are a total of 7 passages with 5-7 questions on each passage. 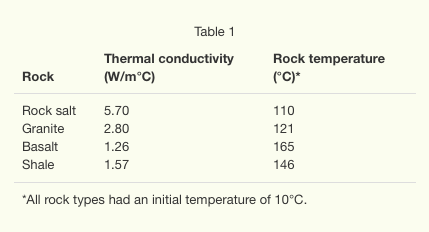 This type of question focuses on your ability to read and interpret graphs, scatterplots, and tables.

For questions of this nature, you receive information in one or more of these formats along with a small amount of background information. Read the passage thoroughly, then answer each of the questions based on the informing you just read. 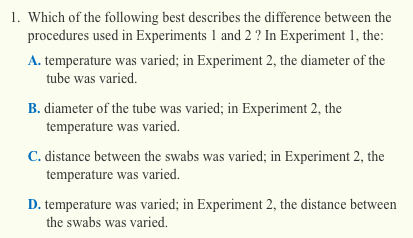 Research summaries are questions that focus on the experiment design and interpretation of results.

For these questions, you receive a passage describing an experiment or two. The test asks you to identify different parts of the experiment, as well as identify any errors, and interpret the results.

Many of these questions have to do with the scientific method, so read the passage thoroughly and refer back to it while answering the questions.

As with each other science question, you get a passage to read. Passages on conflicting viewpoints generally give a bit of background and then interpretations, hypothesis, or theories from two different scientists. The questions, like the one above, will test your understanding, but also your ability to analyze, and differentiate between the two viewpoints.

Key Terms to Know for the ACT Science Section

Hypothesis – A question or idea tested in a scientific experiment.

Variable – One part of an experiment altered to see how it affects the outcome.

Control – A version of an experiment where the variable you are attempting to test stays the same in order to prove that changing that variable is what leads to the change of outcome.

Correlation – When two variables seem to change in relationship to one another. e.g., as X increases, Y also increases. It’s important to remember that many variables may correlate. But, that does not necessarily mean that they cause one another to change–there may be another variable that causes both of them to move independent of one another.

Causation – When a change in one variable is proven or shown to cause a change in another variable. This goes beyond correlation and has been proven, through a scientific experiment, to actually be a cause for the change observed in an experiment.

Key Concepts to Know for the ACT Science Section

Experiment design – This refers to the specific steps and circumstances under which an experiment takes place. It’s important to know that well-designed experiments need to isolate single, specific variables for individual testing. If multiple variables change throughout each test, then it’s impossible to prove which caused the end result.

Inverse relationship – This is the opposite of a direct relationship. Two variables that, while correlated, move in opposite directions. As Y increases, X decreases, for example.