What I Wish I’d Known Before College: 6 Things 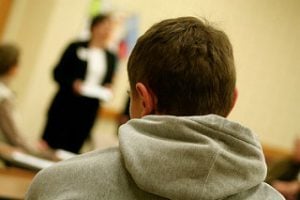 As a senior about to graduate high school, I harbored tons of angst about college based on my teachers, peers, family, and the rest of the universe’s constant reminders of how important and serious college is. From SATs to college research and never-ending cafeteria conversations about scholarships and application processes, I was more than sure that college would be a massive, unconquerable, adult version of high school waiting like a bridge troll to chew me up and spit me out.

What I didn’t know is that I could do the same to it. These are 6 things I wish I would have known before college:

When I actually got there, the one thing I heard the most was the word “Network.” It sounded like some weird, mystical, cheat code to life. How was I supposed to find my network? Where was I supposed to sign up for a monthly network subscription? I didn’t realize that:

When you put it that way, it sounds so easy. I had to get used to the fact that college was full of professional words whose meanings are honestly basic. Networking was one of them. The entire college experience is about networking. Once you get in, you’ve practically proven yourself academically. Now it’s about building relationships and leveraging them to be successful, to put it plainly. The two basic keys to networking is personalizing interactions with people and retaining the relationship by following up, offering support, and contributing your time, skills or knowledge. Do that enough, and you’ve got yourself a strong network.

You know what else scared me? – Interviews, meetings, public speaking, and professors.

You can control and command your experiences.

The thought of having to expose myself to a group of people or even just one professor was so intimidating. My mouth would get dry, mind would go blank, and I would suddenly acquire a stutter. That was the hardest thing to experience until I realized that I had control. These were all opportunities to show who I was—sort of like a performance. I stopped viewing uncomfortable situations as “happening to me,” and I started happening to them. Realize that those are the times that you should be seizing the moment and making it count. Storm through those meetings and interviews knowing who you are and that you have something to contribute. You are the person people will remember—live in it.

After realizing I had control over my interactions, I then realized how much I learned through them.

Not all learning is done in the classroom.

There is an abundance of lessons and ideas that no textbook or lecture can call attention to. I have learned so much about myself, my university, and others just by putting myself out there. The more connections you make, the more experiences you have and the better chance you will have at learning something new. Granted, some things aren’t learned until you look at them in retrospect, but they are learned nonetheless. So, go to games, join organizations, start your own, find a mentor, attend events, apply your skills somewhere—just get involved!

It’s important to get involved as much as possible. But at that point, you will begin to have a sense of complete control over your college experience, which is good. Though letting go isn’t so bad either.

Assuming complete control over your experiences can lead us to make decisions based on fears, assumptions, and hearsay. I made tons of decisions this way and I missed opportunities to go places and do things I would otherwise not. After being in control and being conscious of opportunities, it is safe to let go. Whenever you are stuck between a rock and a hard place or if you’re ever at a scary point, let the universe take you where it needs to take you and just jump.

And yes that may be scary but—

Do things that intimidate you.

College is not the time to play it totally safe. Take as many risks as possible. For one, this is your trial and error period anyway. Second, you will be setting the tone for your future self. So don’t play it safe, don’t take the easy route and don’t half-heartedly forge ahead. Take risks, and once you jump… dive in!

Lastly, if I could’ve had one more piece of advice before coming to college, it would be:

Don’t take yourself or anything else too seriously.

Most of the pressure in college comes from yourself. Take a moment to breathe and trust that things will fall into place and happen how they’re supposed to.

If I’d have grasped these six tips before college, I would have been taking college by storm the day I stepped foot on campus. Instead, it took me two years.

By Nick Randle
I am a senior at University of Houston. In addition to filming and editing videos, I write journals, blogs, and scripts in my spare time. I am currently practicing skills as a writer and filmmaker to aid Marketing efforts within various organizations.