8 Tools to Make College Life as Easy as ABC 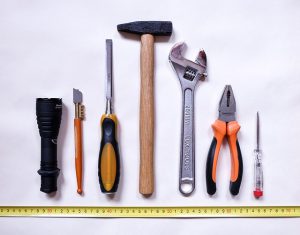 College life is demanding, to say the least. There’s so much to keep track of. Your grades, your fellow students, what party to go to this weekend and more. For that reason, you could use some help. The good news is that it’s here. All you need to do is go to the apps store and you’ve got a huge list of options and possibilities.

That naturally begs the question, which ones are worth downloading? After all, we don’t want to be exposed to the tyranny of choice and not choosing anything, do we? To help you in that regard, we’ve put together a list of some of the best tools out there, so that not just college life, but choosing the apps you want to use will become as easy as ABC.

The first step in making your college life easy is deciding what courses you want to take. After all, some courses are so much harder than others! Fortunately, there is an app for that. The app Rate My Professor is a great choice to find those teachers at your university who not only teach their subjects well but also aren’t too demanding in the class workload.

In that way, you’ll both learn quickly and have time left over to hang out, make friends and join clubs. Now, what’s not to love about that?

Sometimes what you need is another point of view. For this reason, check out the EdX app. With this, you can find countless courses offered by some of the top-end universities around the world. Why would you want those? Because they’re filled up with presentations, and classes by some of the best teachers and professors this world has to offer.

In this way, when your professor isn’t explaining something in a way that you can easily understand, you can go listen to these people instead. And then, with that second way of putting things available, you’ll be far more likely to understand what’s going on.

Taking notes, saving information and generally keeping track of everything that’s going on can be tough. It won’t be half as hard, however, if you’ve installed Evernote. This is a great app that allows you to centrally store all the research that you’re doing, be it online or on the printed page.

What’s even better is that it will sync across devices, so if you save something on your laptop it will be available on your smartphone and vice versa.

Sometimes the professors are hitting you with advanced concepts when you don’t really have the basics down yet. That will never happen again if you get InstaGrok. Here the idea is that you’ll learn all of the basic concepts of a course before you even walk into the classroom.

In that way, you’ll be able to stop concentrating on the simple stuff and can really pay attention to the really difficult stuff.

And even if you don’t get the advanced stuff, with the basics in your pocket you’ll at least be able to pass. So there’s that!

Sometimes it’s time to go online, chat with friends and watch a movie on Netflix. Not when you’re studying, however. For that reason, make sure that you install Self Control. It will block certain websites for you when you’re not supposed to be accessing them. In this way, you can get on with actually studying, writing and doing whatever else you need to do.

Then, when the day is over, you can go right back to chatting to your friends. Yup, that’s right, you can be productive and still have a social life. How cool is that?

Often the speed that you can write an essay at is defined by the rate that you can type. No longer if you get Dragon Dictation. This will allow you to speak straight into your microphone and the program will write out what you’ve got to say.

Now that is some smart paper help, right? Of course, you’ll still need to edit your work, but that’s a lot easier and a lot quicker to do than to write the whole things from scratch. This way, you’ll be able to write your essays in half the time and get on with more important things.

This is search engine that you probably didn’t even know existed. It is specifically aimed at getting you the statistics that you need. You type in a specific question, like ‘how many times bigger is Jupiter than earth’ and Wolfram Alpha will scan its documents, find the relevant numbers and compute them for you right there!

That means you don’t have to, which can save you oceans of time if you need to do a lot of comparisons or calculate a lot of statistics.

Is the problem that you keep forgetting what you’re supposed to hand in when? Then get Any.do. This is like a super to-do list that will help you make sure that you never forget what you’ve got to do and when you’ve got to do it by.

A life-saver for the disorganized student that will have you finishing essays before they’re due, so that you don’t have to do any whole-nighters that only leave you with an essay that’s actually subpar to what you’d be able to put out if you had enough time.

So that’s it. Eight apps that will change your college life forever! Go on. Try them out! You’ll be pleasantly surprised by how much they’ll help you focus and how much quicker you’ll get your stuff done. You’ll not only understand what you’re doing, but you’ll be able to do your assignments faster as well.

That will give you plenty of time to hold down a job, find great friends, or try to date that person from down the hall that you’ve had your eye on all this time. 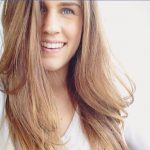 By Kerry Creaswood
Kerry Creaswood is a successful blogger, writer and educator. Her topics of interest are education and blogging. To find more about Kerry check her Twitter.