7 of the Weirdest College Mascots

On campus, mascots are legends. They serve as the icon for school athletics, symbols of the community, and a rallying figure for all students. Enthusiastic and filled with energy, mascots hype up any crowd and gets everyone involved in the excitement. Most college mascots aim to intimidate the other team as much as to stoke pride in their own people. These are not those mascots. Below we take a look at just a few of the strangest college mascots–from obscure mollusks to undefinable shapes, here are 7 of the weirdest college mascots. 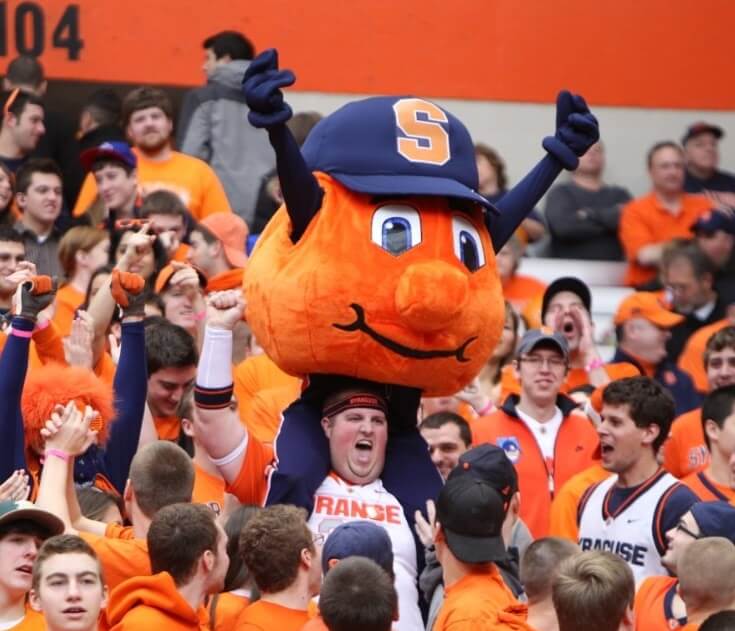 Fruit is not generally the first thing that comes to mind when you think of college sports. While other mascots are meant to intimidate, Otto is a unique, cute, and wide-eyed icon in the sports world.

In fact, ESPN recently named Otto the Orange as the best college mascot in the Atlantic Coast Conference! 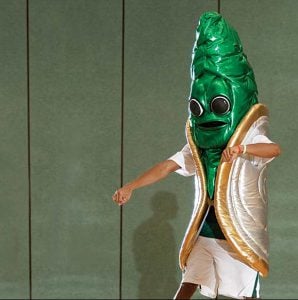 The geoduck’s name is a little misleading. Neither a geode nor a duck, the geoduck (pronounced “gooey-duck”) is actually a huge burrowing clam.

The college is proud of its odd little mascot, however, stating that “Speedy represents the essence of Evergreen’s charm.” 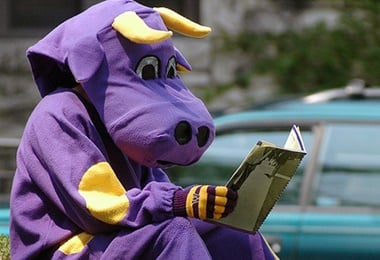 Why would a college pick such a strange mascot? Well, students voted for it! Since its creation in 1907, the Purple Cow represents the college. It got its name from a humorous student magazine that was popular on campus. In 2011, Readers Digest declared the Purple Cow as the “Most Lovable College Mascot,” giving it some fame. 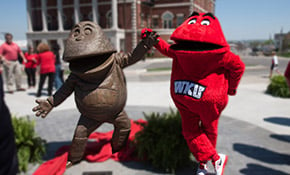 The mascot for the WKU Hilltoppers, this fuzzy character is beloved by fans old and young alike. Known for its signature ‘belly slide’ and ‘belly shake’ Big Red has some personality to spare–having its own Facebook page and YouTube channel! The dancing blob has appeared on the “Ellen Show” and “Deal or No Deal” and is consistently winning all sorts of awards. 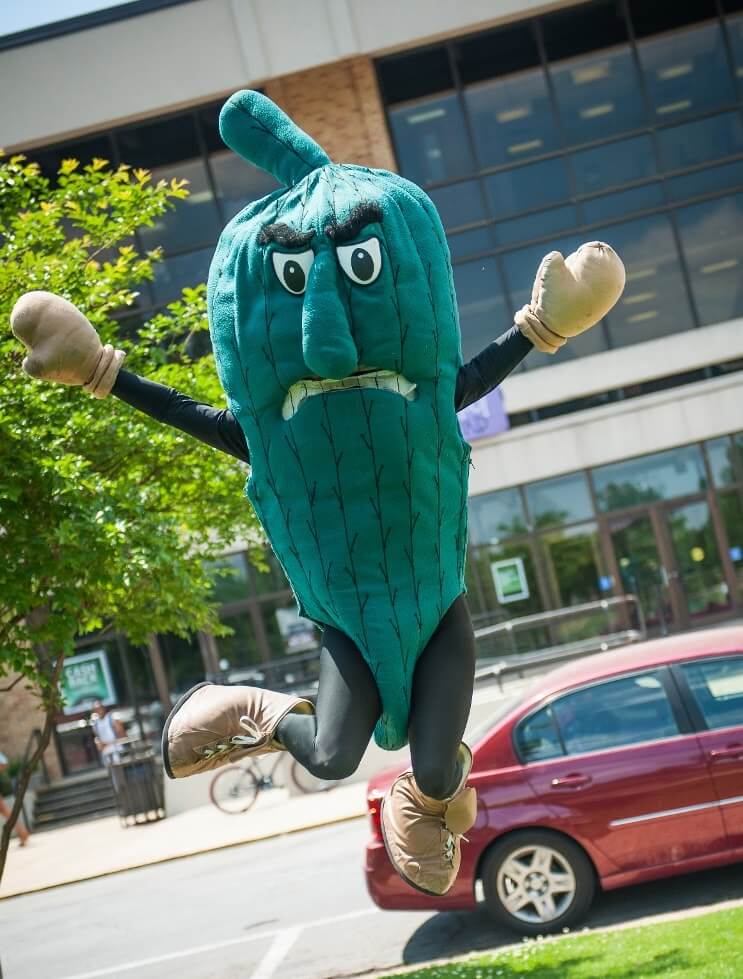 With its angry-looking sneer and its signature tagline “Fear the Okra” Delta State’s veggie mascot is strange, to say the least. Named after the plant known for its edible seed pods, it was adopted by the students of the university and has since become a staple for Delta State–in both athletics and community. This is one vegetable you don’t want to mess with. 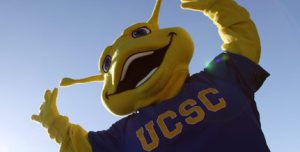 He’s bright, he’s yellow, and he’s a slug! Sammy the Banana Slug is without a doubt a unique mascot, but one that is adored by the students at UCSC. The school attempted to introduce a sea lion as a replacement mascot, but the students stuck with Sammy. In 1986 he was adopted as the official UCSC mascot and has remained so ever since. Normally slugs might be slow, but Sammy has enough energy to pump up a crowd.