6 More of the Weirdest College Traditions

If you’ve been to college or university, you know that each campus body tends to have its quirks, something that sets it apart from others. Several of the long-standing traditions have also evolved over time. Others have seen an increase in student participation. Here are six more weird traditions celebrated on college campuses: 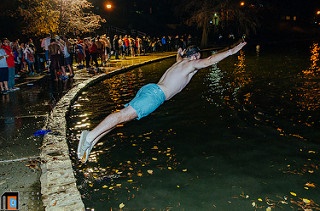 Everyone knows that strange traditions surround college-level sports, and this one is no exception. Back in 1990, about a hundred OSU students jumped into Mirror Lake two nights before the rivalry OSU-Michigan game (also known as “The Game”). Since then, the tradition has evolved and includes thousands of students.

What makes this event weirder (and more dangerous) than normal is that the OSU-Michigan game is almost always during the coldest part of the regular football season. Students risk hypothermia to participate in this tradition. You do what you have to do in order to support your team, right? 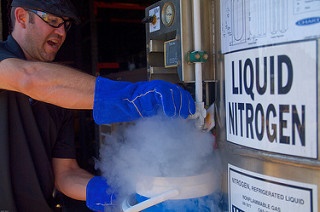 The first Nitrogen Day occurred on April 23, 1992. The concept came from students who felt that nitrogen was an under-appreciated element. That first day, those students gave speeches, wrote odes, and had a band parade around. Now it has become a campus-wide festival with food, entertainment, and haiku recital.

Some of you might have noticed that if it began in 1992, we should be far past the seventh iteration of the holiday. Never fear, the “seventh” is intentional, as nitrogen is the seventh element on the periodic table. I bet you’ll never forget that again! 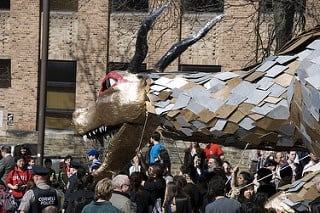 It began as the College of Architecture Day around the turn of the 19th century. The date chosen for it was St. Patrick’s day, and originally there was nothing too extensive; mostly the students hung banners and lanterns. In the 1950’s, however, the mood shifted. The first-year architecture students began building dragons as a rite of initiation and then parading them around. No one is certain how it came about, or when the name was officially implemented. 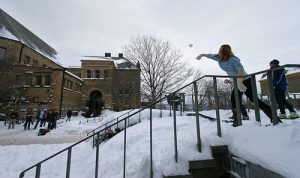 Never underestimate the power of a good snowball fight! Every year at the first large snowfall on campus, the fire alarm sounds. This signals an all-out snow war between the cadets and any civilians on campus at the time. The battle is hosted on VT’s drill field. It is also one of the most highly anticipated traditions of the school year. 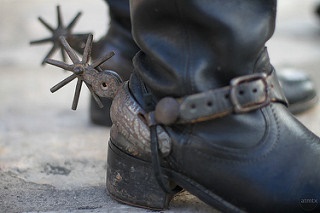 Now, there are probably enough weird traditions at West Point to fill an entire post, from pillow fights to paying a goat. However, this one happens to concern grades. The lore is that if you are in danger of failing any classes around finals time, you can spin the spurs of the Sedgwick Monument and pass your classes.

Of course, it’s not as simple as it sounds. You must be in full dress, carrying your rifle, and you have to wait until after taps plays. The traditional time to spin the spurs is around midnight. Cadets are not supposed to be out on the grounds at that time and therefore risk punishment. 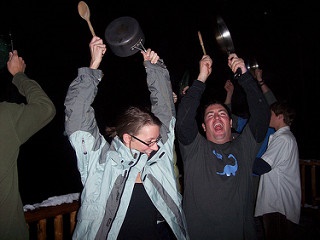 Yet another campus event that began with St. Patrick’s Day! Spree Day first came into existence in 1903. The university canceled classes for the day and sponsored drinking and a carnival. In more recent years, it has become a “secret” day. Classes still get canceled, and the Green becomes an area filled with inflatables, entertainment, and food.

A newer part of the tradition is not to tell first-year students about the festivities. Instead, upperclassmen wake up first years by banging pots and pans together in the first-year dorms. Many students also host parties in addition to the university-sponsored events.