The fun of Halloween isn’t just for little kids who go trick-or-treating. College students love to display their love of the spooky holiday by dressing in costume, maybe carving some pumpkins, binging on candy, and participating in some pretty fascinating traditions. Here are 5 Halloween traditions on campuses around the country! 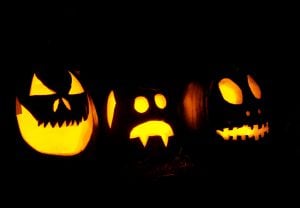 Let’s start off with a staple of this ghoulish holiday—pumpkins! No Halloween feels complete without carving a jack-o-lantern or a trip to a pumpkin patch. The students and faculty at Penn State know this, and so have dedicated an entire event to the icon!

It’s a relatively young tradition—this year being its third annual—but the feeling is pure nostalgia. There are pumpkin carving contests, arts and crafts, seasonal refreshments, and a jack-o-lantern lighting ceremony that sees hundreds of grinning pumpkins light up the night. 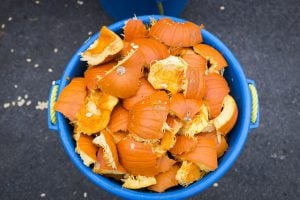 We move from pumpkin carving to pumpkin smashing. With an interesting twist on the mischievous tradition, MIT students freeze pumpkins and hurl them towards the ground from a great height. Leave it to MIT to bring scientific flair to the spirit of Halloween!

A select group of students puts their physics calculations to the test before they toss their pumpkin from the top of the Green Building, the tallest on campus. At the end of the night, dozens upon dozens of pumpkins have met their grisly demise against the concrete. 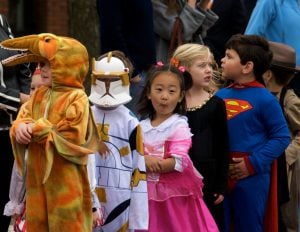 College kids might be a tad too old to go door-to-door and beg for candy, but elementary kids aren’t! Every year, UCLA’s campus becomes haunted by little kids in costume who trick-or-treat not from house to house, but dorm to dorm—with the college students handing out the candy.

Giving back is a major theme at UCLA, and so every year nearly 2,500 children from low-income neighborhoods are invited to the campus in order to dress up and trick-or-treat in safety—and fun!

Georgetown University: The Exorcist and the Healy Howl 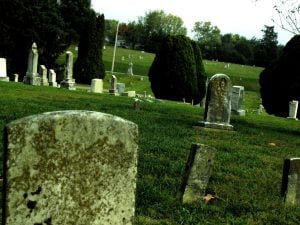 Let’s switch over to something a little, well, scarier. The legendary horror film, the Exorcist, was shot in part on the Georgetown University campus. Since its release in 1973, it has been a tradition to show the movie at either Copley Lawn or Gaston Hall every year at Halloween.

The movie ends just before midnight, whereupon the students scurry over to the local cemetery. When the clock strikes midnight, the witching hour, students howl at the moon. It’s said that the howling can be heard for miles around. 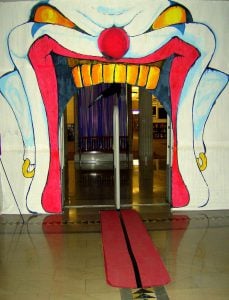 Haunted houses are another staple of Halloween fright. The University of Rochester turns their main library—Rush Rhees—into a combination haunted house and a scavenger hunt. Winners are allowed to tour the Rush Rhees tower, which is normally closed.

The haunted library isn’t the only attraction, however. The Scar Fair has contests, food, drink, and candy, a Jack-O-Launcher competition, a capella performers, and visiting creepy crawly insects and snakes from the nearby Seneca Zoo.

There are so many Halloween traditions we couldn’t feature all of them! What are your favorite spooky festivities? Tell us below!

And if you’re interested in any of the schools featured on this list, use College Raptor’s free match tool to see if they’re a good fit for boo—I mean, you.