Hardest Degree in the Guinness Book of World Records

Have you ever seen on Facebook or other social media sites an article or photo that claims nursing is the hardest degree in the Guinness Book of World Records? It might be a little confusing because you might see nursing on one post, but then architecture on another. And then interior designing next! So which is the toughest college degree?

What is the Hardest Degree in Guinness World Record Book?

There’s a common post floating around social media that states:

“Bachelor of Science in Nursing (BSN) has been chosen as the TOUGHEST courses of all other courses including MBBS, BCOMM, Bca, IAS, IPS, and engineering by the Guinness book of world records on 18 May 2011. It has 64 university exams + 164 series exams + 174 assignments within 2 years (max 1000 working days). All BSN nurse post on your wall for at least 2 hours and be proud to be a BSN degree holder!”

“Nursing” can be filled with any number of different job fields and degrees, including architecture, engineering, information technology, and more.

But, in actuality, there is no “hardest degree” award in the Guinness Book of World Records! “Hardest degree” is very subjective, and it can vary from person to person quite a bit. While someone might struggle with information technology, another individual could breeze through the classes. Guinness has actually come out with a statement on it, too:

“Contrary to some claims being made on various social-networking sites, Guinness World Records does not recognise record categories such as “toughest” or “most difficult” course, as these are not objectively measurable. As such, any such claim is absolutely false.”

So What Are Some Tough Degrees?

While there may be no official hardest degree in Guinness World Record Book, there are some areas of study that are known to be harder than others. These are just a few examples of difficult undergraduate degrees and majors: 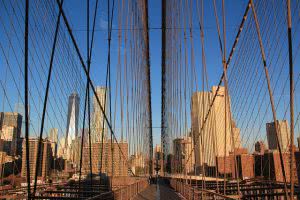 They regularly are listed as “hard degrees” because of the amount of hours a student has to spend outside the classroom preparing for their studies. Many careers in this field will also require students to get their master’s or doctorate.

Architecture is actually a difficult area of study! Due to the work involved with the classes, students can easily spend upwards of 20 hours per week focusing on their classwork at home. That’s about 3 hours a day if you studied 7 days a week! Courses will teach about design, history, theory, building structures, responsibilities, standards, environmental issues, and more.

Another “hard degree” is cell and molecular biology. Students have a heavy workload but often have a GPA that is on the lower end of the spectrum. It’s no doubt a challenging field. They are expected to study cell biology, chemistry, biophysics, and additional topics in their classes.

Majoring in physics is great for students who can think outside the box and abstractly. With plenty of hours required outside the classroom, classes will cover a range of topics from electricity to nuclear processes and classical physics to laboratory methods. However, this is another area of study that will require additional degrees to enter a majority of career fields.

If you struggled in your chemistry class, you’re definitely not alone! This is regularly ranked a tough degree to get due to the sheer workload students face. Professors in these courses will teach about the behavior of matter, laboratory methods, theory, and more.

Should You Skip These Majors?

Since they’re so tough and regularly considered “hard,” should you skip the degrees listed above? Absolutely not!

If you have a passion for the work and subject, you should definitely explore majoring in the area of study. Students like yourself regularly complete the workload and go on to have lucrative jobs in the field. It may take a little extra work, but it can be worth the effort. And for some students, they may find the coursework and homework easier than others!

Finding the right major for you is essential. It will not only help you find a career you’re passionate about, but it will help you avoid burnout, both during school and after. Don’t let tough or hard subjects scare you off from doing what you love.

While there may not be a “hardest degree in Guinness World Record,” that doesn’t mean there aren’t tough areas of study out there. It’s not a hard and fast rule that chemistry or engineering will be tough for every student, but the statistics show that these examples tend to be among the most difficult.

Is it time to start thinking about your major? Some college programs, like engineering, do require you to declare your intended area of study during applications. You can use our Major Search tool to learn more about subjects, what you’ll learn in your classes, and some of the best schools across the United States for the major before you commit!