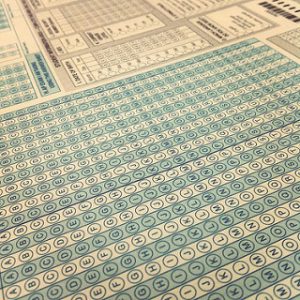 A few months ago, proctors administered the new SAT format for the first time, and there’s plenty of talk about what students thought of the changes.

The survey even highlighted a few testimonials, and fun facts like what the students ate before taking the test, or what songs they listened to while studying.

Kaplan did a survey of their own, asking 500 students for their thoughts on the new SAT. The test prep company found some differing results from the College Board. Take a look for yourself.

The Princeton Review teamed up with Seventeen Magazine to conduct a survey as well. Here are some of their findings:

It’s important to note that companies asked students who took the very first test (March 5, 2016) for all three of these surveys.

Have you taken the new SAT yet? If you’ve received your ACT/SAT scores, plug them into College Raptor’s match tool to see how they affect your admission chances to the colleges you’re interested in!