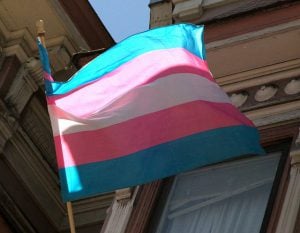 With the Supreme Court’s historic decision to rule in favor of same-sex marriage back in June of 2015, more attention is being brought to LGBT+ rights in America. One such issue at the forefront is that of transgender students’ rights in schools. It can be a complicated topic–one of the more recent examples being North Carolina’s controversial “bathroom bill” that polices the gender of people in public restrooms.

But transgender student rights is a topic gaining traction in political and educational spheres. Many colleges and schools have LGBT+ and trans-specific student groups on campus; some colleges are even changing policies in order to be more inclusive of sexualities and gender identities.

It’s 2016 and times are changing. Some single sex colleges have already opened their doors to transgender students. At the moment, it seems that only (certain) all-women colleges accept transgender students who identify as women. Hopefully, their policy changes and inclusion will inspire all-men schools to do the same for trans men applicants.

Take a look below to peek at just a few of the single sex colleges that admit transgender students.

Truly a trailblazing place, Agnes Scott has been accepting LGBT+ students for years. Including the admittance of transgender, intersex, and questioning applicants. Located near Atlanta, Georgia, this college welcomes those who challenge the gender norm.

Stating that their “mission remains unchanged,” this all-women’s liberal arts college in New York is still dedicated to ensuring quality education for young women. This applies to cisgender or transgender ladies.

In a school-wide email, the Bryn Mawr president Kim Cassidy stated that there should be an “awareness that gender is fluid and that traditional notions of gender identity and expression can be limiting”. As such, Bryn Mawr accepts trans women applicants. They also accept nonbinary people, and even trans men who were assigned “female” at birth.

At the graduate level, Mills accepts all genders. At the undergraduate level, it is an all-women’s program–but that doesn’t mean only cisgender women can apply. Mills gained some media attention when it changed its policies to allow transgender, nonbinary, and gender fluid students to apply to their program. And even if an admitted student transitions to become a trans man during their stay, they will not be asked to leave Mills.

When asked if Mount Holyoke was still a women’s college, they replied: “Yes, Mount Holyoke remains committed to its historic mission as a women’s college. Yet, we recognize that what it means to be a woman is not static”. Therefore, this liberal arts college in Massachusetts accepts trans women, trans men, nonbinary, and intersex applicants.

Dedicated to educating women and developing their talents, Scripps is a college that recognizes not every student has the same gender experience. As such, Scripps accepts women of all backgrounds. Whether they are cisgender, self-identify as a woman, or are questioning their gender identity.

With a “a strong tradition of empowering women, challenging traditional gender roles and a rich history of inclusion” this Boston-based college does not require students to submit any medical or government documents “proving” their gender. Rather, they admit on the basis of self-identification. Transgender women can apply, and any student who transitions to male while attending the college is welcome to complete their degree.

Located in Massachusetts, Smith welcomes any student who identifies as a woman. Smith college prides itself on the diversity of their students. That includes all races, backgrounds, faiths, gender identities, sexual orientations, and experiences. There are numerous groups on campus for transgender students and their allies as well as the Resource Center for Sexuality and Gender.

Wellesley commits to providing support and a safe learning environment for its LGBT+ students. With specialized staff sensitivity training and annual discussion groups, this Massachusetts school promises that every student feels comfortable and supported during their stay.

These are just a handful of single sex colleges that are adopting new policies as society changes how we all view gender and gender identities. There is still a long way to go in terms of transgender rights and ending discrimination. But these schools are taking strides in the right direction and getting the ball rolling.