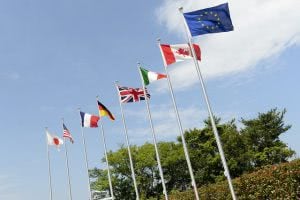 Political science, as its name suggests, is about the intricacies and applications of politics. Whether on a global or domestic scale, political science majors study laws, regulations, governments, policies, diplomacy, and history.

Yale University tops this list with one of the lowest student to faculty ratios of 6:1. Students in the Yale political science program learn about American politics, ancient and modern political theory, and international relations from professors who have first-hand experience as politicians both on the national and international stage.

Obama is the most well-known of the long list of famous politicians who count Columbia University as their alma mater. Many of the professors have also had illustrious political careers before giving it up to become academicians. Students get to choose 2 of the 4 fields of concentration offered—political theory, American politics, international relationship, and comparative politics.

Brown University prides itself on its open curriculum that allows students a high degree of flexibility in choosing their courses. Their aim is to foster an open intellectual community. Every student receives personalized attention with Brown’s low 8:1 student-faculty ratio.