5 Incredible Schools For Students Pursuing A Degree In Film 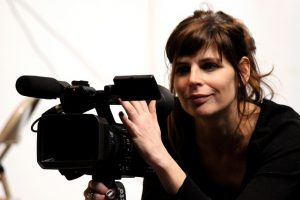 Whether your interest lies in creating documentaries, cinema, or corporate films, a degree in film-making will help you develop your interests and advance your skills. Film-making is as much a science as it is an art. A good film school will ensure students acquire this knowledge and the relevant skills to become accomplished directors, camera operators, sound designers, composers, screenwriters, and more.

Here are 5 amazing schools for you if you are interested in pursuing a degree in film:

Best Colleges in the Country for Film Making

From humble beginnings in 1873 as a small, private educational institution associated with the church, Vanderbilt University in Nashville, Tennessee, has grown into one of the best school for learning about film-making. It offers an interdisciplinary film studies degree program with a flexible curriculum that allows students to customize the program to suit their educational goals.

The program offers students in-depth knowledge of the historical, theoretical, cultural and aesthetic elements of film-making. Students enjoy classroom and practical learning while also getting opportunities to participate in contests and film festivals to showcase their artistic work.

The University of California Los Angeles offers a thorough film studies program and extensive resources along with award-winning faculty and advisors. Students get an opportunity to forge industry network connections, as well. The program curriculum lays emphasis on theory, criticism, and practice while furthering experiential learning, creativity, and analytical thinking. Students get access to the University’s well-known film and television archive, which is simply outstanding.

The school offers both on-campus and online programs. It also hosts summer programs for college and high school students.

The University of Southern California makes it to the list of this list due to its superior degree program, knowledgeable and experienced instructors and faculty, extensive resources, and of course, its location, which allows students to get access to film and television companies. The program focuses on developing creative skills and leadership abilities in students through experiential learning and classroom-based instruction.

The University boasts cutting-edge facilities, including animation technology, mixing theaters, screening rooms, sound stages, and post-production facilities. Its faculty includes directors and screenwriters. And two of the buildings are named after two of the most influential directors of all time—George Lucas and Steven Spielberg.

With more than 80 Nobel Prize winners as its faculty and students, the University of Chicago’s offering film-making degree programs is unparalleled.

The University of Chicago offers a challenging, interdisciplinary curriculum that focuses on criticism, history, and theory as well as performance and video production studies. Students learn a range of cinematic forms and film-making techniques.

The University of Pennsylvania boasts expert instructors and a superior course curriculum that focuses on history, theory, and criticism while also teaching students the important elements of screenwriting and production.

The University has a huge film library and encourages students to borrow from it. It also offers students an opportunity to enroll in the study abroad program so that they can attend festival screenings. In addition, students learn the art of archiving and preserving films at the National Film Archive.