Home > Find Colleges > Affordability & Cost of College > Did You Know There are Exceptions to Paying Out-of-State Tuition for College?

Did You Know There are Exceptions to Paying Out-of-State Tuition for College? 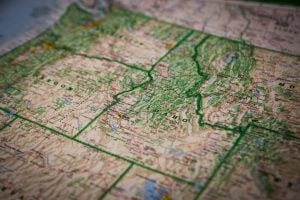 For the most part, schools have a separate tuition for in-state and out-of-state students, with out-of-state sometimes costing as much as three times the in-state rate. Most states require you to have called the area home for at least a year to be consider a resident, but there are exceptions to this rule. Here are just a few:

There are some schools that will actually consider you as “in-state” if you live in a neighboring state. For example, the South Dakota Board of Regents just accepted this policy last year in 2016 for their six public universities. Anyone who attends from Iowa will be able to pay the in-state tuition, saving them thousands. Private universities have stated they may also consider this program in the near future.

Another state that offers this is Arkansas, but there are limitations. You must receive the “New Arkansan” award and be from Texas, Louisiana, Mississippi, Tennessee, Missouri, Oklahoma, or Kansas. The award requires you to have at least a 3.25 GPA and an ACT score of 24 or an SAT score of 1090.

Meanwhile, Eastern Oregon University has no state limitations. All students pay a set amount, regardless of your home state.

If you live on the state border, feel free to also call your school to ask about the chance of reduced tuition due to your location. A quick call could potentially save you thousands.

No origination fees or prepayment penalties

Regional exchange programs are similar to the policies set up by neighboring states, but they affect an entire region, rather than specific states. The Western Undergraduate Exchange, National Student Exchange, and Midwest Student Exchange Program are only three examples and they have saved students and their families millions of dollars since their creation.

Each program is different, so make sure to check into the information for deadlines, major eligibility, requirements, and limits to give yourself the best chance of being accepted into the exchange.

This exception is a little less known than the others, but your parents’ careers can actually influence your tuition rates. If your parents work in college, state, or government positions, you may qualify for lower tuition in some states. This can include police officers, firefighters, military, EMT, teachers, and more.

Some states also have rules regarding residency for veterans. If your mother or father was a veteran or works in any of the positions listed above, make sure to check with your school and their state to see what their qualifications are for the reduced tuition.

The best rule of thumb when it comes to in state versus out of state tuition rates and your situation is to ask and do research. Every school and state is different and there may be programs that you never knew about. Also, ask your high school counselor for any advice on neighboring state programs, exchanges, and residency requirements. Taking just a few hours to research could save you and your parents thousands of dollars and plenty of headaches!