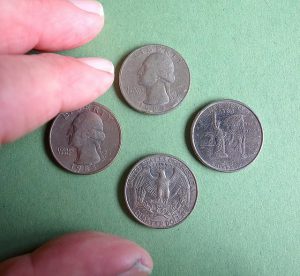 There’s a lot of loan jargon that students have to be familiar with before they feel comfortable making decisions that impact their financial future. Terms like “annual percentage rate,” “cancellation time-frame,” and “discretionary income” seem imposing at first, but once you break them down, everything becomes more simple.

This rule holds fast for hybrid rate loans, as well. Usually, there are two possible plans: a fixed-rate loan, meaning you pay a certain interest rate over the entire length of the plan, or an variable-rate loan, meaning your interest rate fluctuates depending on outside factors. Hybrid rate loans combine fixed and variable plans. There are both upsides and drawbacks to hybrid-rate loans, and you’ll need to consider the following pros and cons before making a decision:

The old adage “Don’t knock it ’til you’ve tried it,” may have its problems, but some could see it as applying in this case towards students that are taking out a loan for the first time. The experience of having both a fixed rate and variable rate loan is especially important for students who will have to take out any kind of other loan in the future, be it for grad school, or even things such as a home or car. The process of both plans will help give you the experience necessary to decide which works better for you individually.

Okay, so maybe it’s not a “gamble” in the traditional sense, but there are glaring inherent risks in choosing a fixed-rate plan, even as part of a hybrid loan. Your interest will be frozen at its market rate upon inception, meaning that even if the loan market decreases, your interest rate will stay the same. You’re essentially hoping that the market price of loans goes up, because that means you’ll be getting a break on interest while your peers with adjustable-rate plans pay more. Of course, it’s impossible to predict the future of the loan economy with 100% accuracy, so this is something you’ll have to hazard for a hybrid plan. The good news? After a certain “reset date,” your plan will switch gears and become variable, meaning you’ll be paying the same as everyone else (for more on this, see the next point).

Like peanut butter & jelly or salt & pepper, some things just go well together. I’m not saying that variable rates and fixed rates are the same as those delicious combinations, but some experts think that the two plans combined in a hybrid rate work well off each other. Companies that offer hybrid rate loans will often promote them as offering an “even lending experience,” or something of similar phrasing. Simply put, this means that you’ll get the balance (and reassurance) of having the other half of the plan if you don’t like the first. Say you start off with a fixed rate of 4.45%, the current rate as of July 2017. Suddenly, the market shifts, and the rate sinks to 4.40%. You’ll have to pay that extra 0.05% for a bit, but after your “reset date,” you’ll get to shave it off your fees and pay the same as everyone else that’s on an adjustable scale. This will provide you with a small amount of relief, and you’ll probably be thrilled that you didn’t commit to a fixed rate for your full plan.

As you can probably tell at this point, hybrid-rate loans may be easy to understand in concept and name, but they get a bit more confusing in practice. This is only a negative for some people, who might prefer to have a more straightforward plan. If you’re someone who is generally cautious and likes to plan for sure things, a hybrid-rate plan might strike you as too volatile and unpredictable. As previously stated, several aspects of the plan depend entirely on things out of your control, like the student loan market and the economy in general. Additionally, if you’re someone who likes their finances to be as clear-cut and unambiguous as possible, you might find a hybrid-rate plan to be too complex. Of course, this all depends on personal opinion, but it’s vital to know where you stand on these issues before you go out and commit to a plan.