Home > Paying For College > Myths > Myth: There Are Many Unclaimed College Scholarships Every Year

Myth: There Are Many Unclaimed College Scholarships Every Year 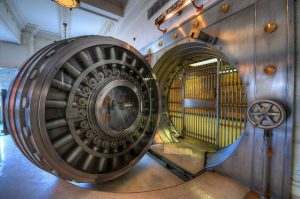 Though there is some debate, this myth is thought to have its origins in the 1970s, when an academic study concerning employer-paid tuition assistance estimated that over $6 million in benefits went unclaimed every year. The figure was misreported as unclaimed scholarships.

Private companies then used this myth to convince students to pay fees to find these scholarships until a judge ruled that it was fraudulent. These days, there are many free, reputable sources available for scholarship searches. While some scholarships do indeed go unclaimed, it is far less than the myth states. The Pell Grant is one of the most under applied-for forms of financial aid due to students’ misconceptions about how financial aid is awarded. The other common reason for an unclaimed scholarship is that its restrictions are quite narrow, making it so that few, if any, students can apply for it year to year (an example would be having a certain last name, or being of a certain ethnicity going into a small field of study). The majority of scholarships have many more applicants than can be awarded aid.