College Myth: There are No Jobs for Liberal Arts Degrees

Some of your parents might be worrying because you want to go to a liberal arts school. “How are you going to get a job with a Liberal Arts degree?” they might ask. “Being a Business major is a surefire way to land a job, right? Or in some niche fields like Computer Science?”

As a fun fact, the sciences are generally included in Liberal Arts fields. Many schools actually call the department of Liberal Arts and Sciences. There is often confusion in what counts as Liberal Arts and what counts as Humanities, as explained in depth. Fields such as Physics, Math, Statistics, Chemistry, and Computer Sciences are included in Liberal Arts, as are social sciences such as Psychology and Sociology. So maybe a Liberal Arts degree isn’t as scary as some parents seem to think it is. Maybe it’s the Humanities (English, Theatre, Communication, Art, etc.) that has people worried. As someone who majored in Psychology as well as English, no one ever questioned my ability to get a job within the Psychology field. However, whenever I said I didn’t want to be an English teacher, people were flabbergasted. “What else can you do with an English degree?”

Just because someone gets a business degree does not automatically mean that they have a job. They have to go through the hiring process just like everyone else. And there are some things that Liberal Arts majors have that technical fields don’t.

Roughly two-thirds of jobs in technology fields aren’t actually related to technical skills; instead, they involve positions in marketing, PR, finance, and the like. Having a specific knowledge base is great if you want a coding job or want to work as an engineer. Overwhelmingly, though, CEOs of business and technology industries are sticking up for the Liberal Arts degree holders. The CEOs value those graduates who can look at the same problem from multiple angles. The Liberal Arts and Humanities teach students how to change perspectives, from clinical to creative, from one side of an argument to the other. These skills help innovation prosper. A certain amount of creativity has to be present in these industries or else no one could move forward.

In addition to looking at problem-solving from different angles, a Liberal Arts background helps people come up with various solutions. In math and the sciences, people are trained that there is a single correct answer and that the answer will eventually be obtainable. But if you ask five artists to paint a landscape, or five writers to describe that same scene, you are going to have a wide variety of interpretations. However, each interpretation is technically “correct”. By learning how to talk about these different interpretations, liberal arts students learn to see different solutions and think critically about a given task or problem.


The Benefits of a Liberal Arts Education

Because there is not necessarily a right answer, Liberal Arts and Humanities students must develop clear communication skills in order to convey their interpretation. Stating an opinion is great, but being able to back it up with some form of evidence is better. The ability to explain one’s thought process in a concise manner is a huge benefit to anyone who has to give reports frequently. This leads to greater interpersonal skills, which is of great use to anyone wishing to advance within a company.

Knowing how to talk to people–when to be harsh, when to be supportive, when to push, when to leave a worker alone, ect.–is extremely important in a management position. The number one reason good people leave jobs is because of bad management. Liberal Arts training helps people see outside of themselves by being empathetic toward others. This understanding of people allows for faster promotion within a company. Students in this field excel at communication–a highly sought-after skill.

This understanding also allows workers to think of how the public might react to a new product. A group of engineers might think something is great, but how will the average person react to it? Someone outside the technical workings of a project can lend advice on that front.

Interested in a major within Liberal Arts? Check out College Raptor’s major pages to learn more, and use our college match tool to find out which colleges are right for you! 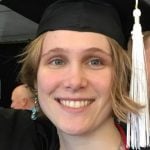