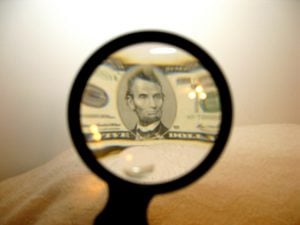 When searching for colleges and universities that interest you, affordability is often a large concern. Among private universities, it doesn’t much matter: they don’t receive state funding, and therefore charge their students the same for tuition regardless of which state they reside in. Public universities are different. Because they receive state funding that comes from residents’ taxes, public schools often charge their in-state students significantly less than out-of-state students. But if your dream school happens to be in a different state, never fear! There are financial aid options out there to help reduce out-of-state costs. So sit tight, fill out your FAFSA, and do your financial aid research. Here are some things to get you started.

These waivers are often available from schools as an incentive for out-of-state students to attend. They reduce out-of-state tuition by some degree—the actual amount will vary by school. These are often available on a first-come, first-serve basis. Schools often award them to high-achieving high school students as a way to attract them to cross state borders. A quick internet search can usually tell you if the school you are researching offers the waivers and what the requirements are.

When searching for out-of-state students, some schools don’t look very far from home! Some public schools will charge you a lower tuition rate if you are a resident of a nearby out-of-state county or city (sometimes entire states qualify as well!). For example, Texas Tech University offers lower tuition rates (though not quite in-state rates) to students who are residents of Oklahoma or New Mexico. If you only want to go a state or two over, these waivers are definitely something to look for.

Your Parents’ Service May Benefit You

If your parents have been active in the military, it might be good to check if your schools have any tuition breaks for you. The University of Iowa, for example, will provide in-state tuition to veterans, active military members, and their dependents, regardless of what state you hail from. This really helps with affordability. Some schools will also offer tuition breaks if your parents are part of a police or fire department, or if you have a parent that is a teacher/in academia.

Grants and Scholarships for “In Demand” Areas of Study

Some majors are worth more than others because the population of students going into them is small. What I’m saying is that you probably won’t see as much funding for English majors, but certain STEM majors or specialized fields will have extra funds available for those who meet the application requirements.

That isn’t to say that you shouldn’t look for scholarships as an English major (or any of the other majors that are relatively populated). Scholarships.com has conveniently sorted out scholarships by major for you to begin your search.

Check Out Your Potential School’s Scholarship Opportunities and Loopholes

Schools are usually pretty organized when it comes to their lists of scholarships. They have to be. They sort them by year, major, specialty, you name it! They will also tell you which scholarships are available to in-state, out-of-state, or students of either residential status. Some things, like merit scholarships, will likely be offered upon your acceptance to the school.