Home > Getting In > Questions & Answers > What is Class Rank? And Why is it So Important?

What is Class Rank? And Why is it So Important? 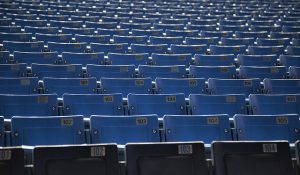 What is class rank? College Board defines it as: “a mathematical summary of a student’s academic record as compared with other students in her class”. In essence, class rank is a ranking of academic achievement for all the students in your school.

Many—if not most—high schools have some form of a ranking system, though not all. Public schools are more likely to utilize it than private ones. But discovering rank is much more than just comparing GPAs or grades. The difficulty of the classes taken is also part of the factor. Students with AP classes will oftentimes be higher than peers who only take standard classes. Since AP is more difficult, they are graded on a different GPA scale than normal classes. Thus, that scale must be taken into consideration as well.

Why is class rank so important?

Class rank is one of the many features of a student a college will take a look at when considering their application. Along with GPA, ACT / SAT scores, extracurricular activities, essays, and even interviews, the college admissions officers will consider the student’s class rank with their application. It allows college admission officers to see where you stack up to the rest of your high school classmates. Were you in the middle of the pack, towards the top?

Oftentimes when it comes to admissions, they prefer more information to less. Additional information can help them see a fuller version of you the applicant, and also aid them in making a more informed decision. It isn’t the be-all, end-all of the application process—no one element is necessarily more important than the rest—but it is definitely something to be aware of.

What if my high school doesn’t have class rank?

No worries! Over 40% of high schools have done away with the ranking system all together. Opponents of the system say it promotes unhealthy competition, isn’t an accurate measurement of academic skill, and that it’s outdated. So if you don’t have one, no sweat, you can just indicate that on your application and move on. We go further in-depth about not having a class rank in this article here!

What else is class rank used for besides admissions?

Class rank can be used for more than just college applications. Scholarships might have a requirement for a student to be within a certain percentage of their high school’s class rank—like being within the top 25% for example. It can also be utilized to determine high school honors awards. Students might be given special recognition for being within the top 25% or 10% of their graduating class. The person at the very top of the list is called the valedictorian and oftentimes gives a speech at the commencement ceremony. (Fun fact: the 2nd ranked person is known as the salutatorian.)

Where can I find my class rank?

Check your most recent report card or transcript, it should be there. And be aware, class ranks update every grading period, so keep a steady eye on it.

2 thoughts on “What is Class Rank? And Why is it So Important?”