Home > Getting In > Questions & Answers > What if My School Doesn’t Have Class Rank?

What if My School Doesn’t Have Class Rank? 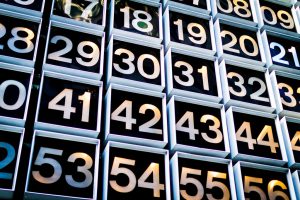 When searching for colleges and filling out applications, you’re likely to find a list of things you should include in every application: GPA, of course, ACT/SAT test scores, a list of extracurriculars, an essay, maybe a letter of recommendation, and your class rank.

But what if you don’t have a class ranking system? Does that mean your odds of acceptance are lowered? Does it mean a college won’t accept your application as complete? Does it rule you out from more prestigious schools?

Not every high school implements a class ranking system. As such, college admissions officers are used to reviewing applications that don’t include that piece of information. With so many other pieces included in a submission, officers can glean from scores, essays, letters, etc. what sort of student they are. A class ranking isn’t totally necessary.

In fact, it’s becoming less and less common for high schools to do rankings. Swarthmore College released an interesting statistic about their class of 2019: only 44% of the incoming class were ranked at their high schools. Some admissions officers regret this trend—at it leaves them with one less data point to analyze applicants by—however, it does require them to take a second, harder look at the application—which is a good thing. By having to look more closely at an application, the officer can make more informed decisions and perhaps give more weight to other elements of a student’s application.

Some argue that class rank is not a direct reflection of the achievements of a students. Many think that the pressure of class rank can drive students to only take classes that improve their GPA, rather than improve their overall education and college readiness. For example: a student aiming for a high class rank might only want to take AP classes that would increase their GPA, but taking an elective like choir or band would lower their rank—even if they really enjoy the activity (and extracirriculars are a must for applications). However, counterarguments include the fact that it aids admissions officers, class rank is a motivator, and catches the eyes of more selective schools.

So what do you do if you come across an application that requires you to fill in your class rank? Leave it blank! If there is a comment section or an area for notes, simply explain that your high school does not implement class rank. Odds are, your admission officer will know which schools rank and which ones don’t.

All in all, if your school doesn’t rank, it’s not a big deal. It won’t be detrimental to your acceptance odds. You’re definitely not alone in that fact, either, since it’s becoming rarer and rarer for schools to rank at all. If you’re still concerned, however, talk to your school’s guidance counselor for more information.