Home > Getting In > Myths > Myth: It Looks Bad if I Take the ACT / SAT Too Many Times

Myth: It Looks Bad if I Take the ACT / SAT Too Many Times 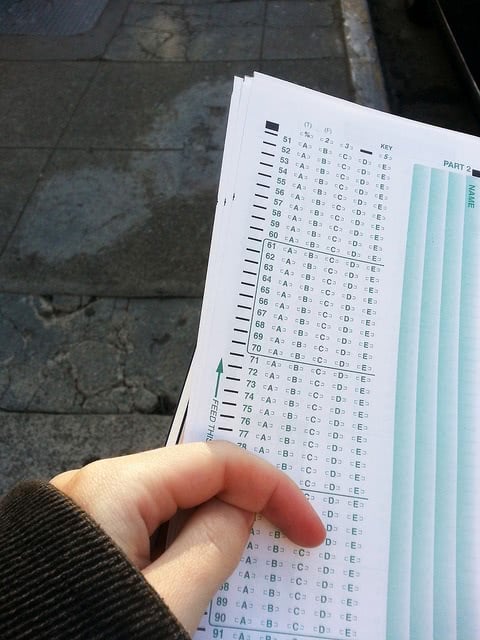 Appearance is everything when it comes to college applications. Students painstakingly craft a resume to sell themselves as the perfect student candidate. Understandably, they want to avoid anything that paints them in a bad light. Some fear that if they take the SAT or ACT too many times, it will make them look like a failure in the eyes of the colleges they’re applying to. But that’s definitely not the case.

Many, many students take the ACT or SAT more than once. In fact, a majority of students who retake the test get a higher score the second time around. Colleges won’t turn up their noses if you’ve taken the exam two or three times, in fact, it shows that you’re serious about your studies, and are willing to put in the time and effort to better yourself. So regardless of your score, taking the test again shows determination.

Some colleges will let you submit what test scores you prefer, others will require you to submit any results you get no matter what. If you got less than stellar scores one time, that might seem like an intimidating request, but there is a silver lining: super-scoring.

Be Smart with Your Retakes

Now, keep in mind that retaking the test costs money and demands a lot of attention—so don’t retake them just to impress admissions officers. Take them with the intention of bettering your score, or reaching towards a school’s average as a goal. And remember: the ACT/SAT isn’t the only (or even most important) factor in your application! Your app essays, extracurricular activities, and GPA will also need your attention.

When is a Myth Not a Myth?

In some cases, this may not be a total myth. The most selective schools— like Yale and Stanford for instance—require you to submit every ACT/SAT test that you have ever taken. Therefore, it can potentially hurt you because it shows that your priorities may have been on test-taking and not on your extracurricular activities or other important elements of your application.
It also may show that your family had a lot of money to spend on prep for the test (as well as the application fees themselves), which puts you in an advantage over a family that is not as affluent.  Some admissions counselors might prefer an applicant with a good score that only took the test once over a kid who took the test 5 times to achieve a great score.
For most students, there is no disadvantage in taking the test as many times as they want. But there is somewhat of a disadvantage to taking too many tests when applying to the very top colleges.

Interested in seeing how your ACT / SAT scores affect your acceptance odds? Check out College Raptor’s match tool to find out!

One thought on “Myth: It Looks Bad if I Take the ACT / SAT Too Many Times”