Don’t Even Try It: Excuses Your Teachers Have Already Heard 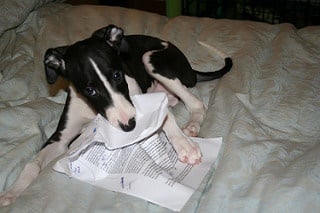 “My dog ate my homework” just doesn’t work like it used to. If educators were asked to write down every student’s poor excuses to explain why an assignment hadn’t been accomplished, it would definitely be a bestseller series of one hundred fantasy books able to compete even with our beloved Harry Potter novels.

It seems to me that all students have a procrastination gene and an overwhelming desire to wriggle out of doing their homework. The deadline has a black magic power. It makes all students easily forget when it is high time to turn their papers in. As a result, some of them choose to burn the midnight oil and get all the necessary tasks ready till the early morning comes. Others (who usually constitute the majority of the class) resort to “old-school” methods by inventing excuses. Which, quite often, become a basic plot for very funny anecdotes or internet memes.

As a teacher, I also have my own collection of such ingenious student stories. I’m ready to share with you not only the most frequently-used poor excuses but also suggest some tips on handling them.

If a student has a brother or sister, you will definitely hear poor excuses like “You know, my assignment was almost completed, when my younger sister turned up and spilled milk all over my desk and laptop… So, my great efforts were made in vain… I’ll have to get my laptop fixed, of course. But there’s still little hope I will be able to restore my assignment, I hope you understand…”

Well, it can really happen even to the best of us. But, if this student did make so many great efforts as it was claimed, it will be easy for them to tell you what it was all about. Or even draft a brief plan outlining the key ideas of their writing.

Whenever students are to read a huge book to be discussed during a seminar or online classes, there will be the one who will pretend to have read everything. Though the maximum they did was asking other peers about the most crucial events and a brief review of characters depicted in the story.

Generic or vague questions will only work to the lazy students’ advantage. Avoid getting into such a trap. Have students discuss some details of a scene. Or have them support their points of view with certain examples taken from the book. This is when even highly inventive students become suddenly “as silent as lambs” and more willing to “give up”. However, the most desperate of them keep on “fighting back” which is rather funny.

The most effective method of preventing them from hitting the same pitfalls again is to make them a bit ashamed of their misdeeds. If you teach literature too, try out Stephen King’s who once said that by refusing to read, one is gradually getting ignorant.

Once I was told a rather interesting excuse by one of my former colleagues. Her student kept saying he was an early-bird. It was extremely difficult for him to stay awake late in the evening to get all the assignments done on time. Since his parents insisted, he went to bed early not to cause harm to his health. Seems to be logical, right?

Though there’s a good way out. Suggest that they accomplish assignments by dividing them into several stages and choose morning hours for this.

Another common excuse is that “my printer broke down” or “my computer crashed” or even “the power went out last night”. Students only seem to have technical difficulties around due dates and deadlines. Funny how that works.

Instead, give a word of forewarning when you hand out the assignment. Mention that those kinds of excuses won’t fly or even offer alternate solutions. Has a student complained about a broken printer at home last night? Then ask them why they didn’t use the one in the school’s computer lab that morning.

And a Few More Words in Conclusion…

Sometimes, I even feel jealous of my students’ random excuse generator, which is installed in their heads. What are some interesting excuses that you’ve heard or tried? Tell us in the comments below!

By Rose Scott
A literature teacher, Rose Scott has increasingly serious purposes in improving education. Outside of her pedagogic aims, Rose is keenly interested in writing. If you are one of those who spend nights in searching for ideal headline for your article, follow her on Twitter: @roserose_s