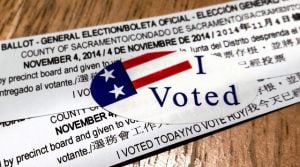 Ah, politics. You either love them or you hate them. Maybe you’re a political buff who enjoys filling their days with copious amounts of reading and writing on politics. Or, maybe you’re a headline-reader only hearing of the most notable news of the moment- like the current Republican and Democratic National Conventions.

Perhaps you think politics are a taboo topic, or you love talking about politics and government. From those who love the subject, you can hear the passion in their voice when they are discussing matters that can lead to change.  They DVR the RNC and DNC as if it were the Olympics. Their backpack is a collage of statement-making buttons. They’ve probably participated in a protest or petition or two.

If this sounds like you, you belong on a politically active campus. A place where you can be surrounded by people who are passionate as well. A campus where students are always up for a healthy debate and coordinating their next movement. If you want to attend a college with this atmosphere, here is a list of 16 schools that are the most politically active, according to The Princeton Review, who surveyed students across the nation. Here, your voice will be heard. You can bet these schools are going to heat up come November.

Amherst is located in Amherst, MA. They are a private, four-year liberal arts college with roughly 1700 students. It has been ranked as the third-best college in the USA, according to Forbes.

Marlboro College is a private, liberal arts college located in rural Vermont. They are known to be academically rigorous and their mascot is “The Fighting Dead Tree.”

A private institution offering associates and bachelors degrees, Bard College at Simon’s Rock is a very small school located in Great Barrington, MA. They pride themselves on having unique, intelligent, and independent students. This isn’t where all your friends go, and they’re proud of that.

Claremont McKenna is a private, liberals arts college located in Claremont, CA. They are known for being highly selective with low acceptance rates and prestigious academics. Robin Williams attended Claremont McKenna for one year.

Reed College is a private, liberal arts college with its campus in Portland, OR. One of the most famous “non-graduates” is Steve Jobs. While he did not finish his degree, he stated multiple times Reed College had a profound effect on him.

This school is a private, liberal arts college located in Bennington, VT. Political Activism lives on campus but was especially high during the Vietnam War. One of their more notable alumni is activist Andrew Dworkin.

Prescott College is located in Prescott, AZ. They were established in 1996 with the motto, “For the Liberal Arts, the Environment, and Social Justice.”

This is an all men, rural college located in Hampden-Sydney, VA. One of their most famous alumni is Stephen Colbert. Colbert is known for having an interest in politics and made a surprise appearance at the Republican National Convention in the summer of 2016.

Macalester is a four year, private liberal arts college in St. Paul, MN. A notable alumnus is Kofi Annan. He formerly served as the Secretary-General for the United Nations.

The Naval Academy is a public, four-year institution in Annapolis, MD. They are highly selective, accepting under 10% of applicants usually.

New College of Florida is a public, liberal arts school located in Sarasota, FL. Nancy McEldowney graduated from New College and serves as the Director of Foreign Institute Service, the US Federal Government’s training institute for employees working in global affairs.

The US Military Academy is a public institution in West Point, NY. It is often referred to as “West Point” and is very selective. President Thomas Jefferson established the academy in 1802.

Vassar is a private, liberal arts college in Poughkeepsie, NY. Meryl Streep graduated from Vassar College while being actively involved in their theater department.

Being located in the political capital of the nation, it came as no surprise that this school comes in at number one. GWU’s campus is located blocks from the White House. Something that sets them apart from most universities–they don’t have a football team.

Their passion and energy is focused on exploring the city around them–engaging in the rich political atmosphere and being an informed citizen. Students are taught by esteemed professionals who have done work for the US Government. You can see why it would be an excellent place to feed your passion for politics. The diversity is rich as well. Students from all walks of life and backgrounds come together to discuss and debate their views- leading them to become more tolerant and ready to discuss difficult issues.