Home > Find Colleges > Questions & Answers > Do I Have to be Religious to Attend a Religious College?

Do I Have to be Religious to Attend a Religious College? 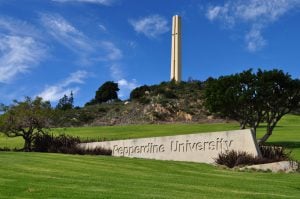 The short answer, of course, is no. The primary difference between a religiously-affiliated college and a public university is that, because the religious college is private, the separation of church and state does not apply. It might be that a religious school requires so many credits of “religious” courses (depending on the school, classes such as “Women in Christianity” or “God in Rock Music” counts toward that requirement). You might find that there is an emphasis on making time to attend religious services.

You don’t have to participate in religious services.

However, this does not mean that the school can force beliefs on you. Many religious schools are only loosely affiliated with their religion, as a way to pay homage to the founding history. These schools often have students and professors of other religious views. Schools that do have a close affiliation might be a little different in that more of the student and instructors population aligns itself with the religion.

You’re welcome to a religious college regardless of your affiliation

Regardless of the level of affiliation, you should be welcome. Your grades will not suffer because you do not adhere to the school’s religion. In fact, by bringing a different viewpoint into the classrooms, you might enhance everyone’s understanding of the world. Spirited discussions benefits from having multiple perspectives, and so long as you respect someone’s beliefs, they should respect yours.

Do your research before attending

Some things to keep in mind if you do not ascribe to a school’s beliefs: Some of their policies might not be as relaxed as public schools’. For example, you are much more likely to see same-sex dormitories at a religious school, whereas public schools might have mixed-gender floors and buildings. A religious school might have rules about having someone of a different gender in your room, or a curfew when anyone not living in the building has to be out of it.

Another thing to research is the school’s stance on social issues that are important to you. An example might be how open the school is to its LGBTQ students and their allies. Do the school policies align with your worldview? Does the school have a dry campus policy? And so on. If you can take a tour of campus, that is an excellent time to get an idea of the overall feeling the school and student body project. Tours also allow you to ask questions of the tour guide (usually a current student) and to stop by offices and professors.

In reality, these are questions you should ask no matter what colleges you look at. A school’s environment should be conducive to your learning. If you feel that constantly being surrounded by religion will make you anxious, then perhaps a different school might be a better choice for you. If you have no preference though, most religious schools are going to have warm welcomes for all their students, regardless of religion. The school will still strive to engage with students by providing entertainment (one of my friends at a Christian school told me they created a giant slip-n-slide, and the school consistently brings in bands or comedians). As a general rule, schools are trying to be as inclusive as possible, so don’t let religion get in the way of your top pick school!

Interested in attending a religious college? Check out College Raptor’s free match tool to discover which schools are matches for you!