Home > Find Colleges > Questions & Answers > What are the Differences Between Various Types of Schools?

What are the Differences Between Various Types of Schools? 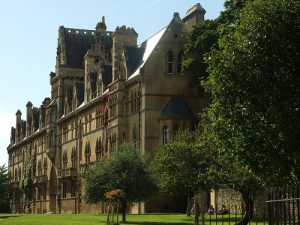 “College” is pretty much a catch-all umbrella term for schools that offer higher education. Sometimes people interchange “college” with “university.” There is a multitude of specifications about schools–are they public or private? Are the non-profit or for-profit? Eventually, the school can rack up a long list of descriptors that all have an impact on what exactly the school is, does, or specializes in.

For example, Stanford is a private nonprofit research/doctoral university.

Let’s break down the different types of schools and what they all mean.

The difference here is really in the name. Nonprofit schools make the education of their students the number one priority. Since shareholders do not “own” nonprofits, these schools focus on student education.

For-profit, or proprietary, schools, have shareholders and stakeholders. They’re running a business, and that business happens to be selling education. Unlike nonprofits, outside members, along with the school’s faculty and staff run the proprietary schools.

There are lots of preexisting expectations when it comes to the debate of private vs. public. Many think that private colleges are more prestigious and offer a higher quality of education, while others think public colleges are much more accessible and affordable.

The primary difference comes from the funding. Public schools receive funding from the federal government, while private colleges get their funds from private donations and the cost of attendance from their students.

But the differences don’t end there. Public schools are on average much larger than their private counterparts. The class size may intimidate some, but public schools tend to offer more courses and a wider selection due to the sheer number of attending students.

That’s right, there is, in fact, a difference. The distinction is between the kind of degree(s) they offer. Colleges are smaller and only offer undergraduate degrees. Universities tend to be larger and offer both graduate and undergraduate programs. Universities can award PhD’s and master’s degrees, and often draw medical and law students towards them.

Doctorate-Granting Universities: Schools that awarded 20 or more doctorate degrees within the course of a school year. They can be further broken down by the level of research present at the school.

Master’s Colleges and Universities: Schools that awarded at least 50 master’s degrees, but less than 20 doctoral degrees. These schools are further classified depending on the number of degrees awarded and the size of the class.

Baccalaureate College: Schools where bachelor’s degrees made up at the very least 10% of all undergraduate degrees; the school awarded fewer than 50 master’s. Here the colleges are broken down further by area of study/focus–such as arts & sciences.

Associates College: Schools where the highest form of degree is an associate degree OR where bachelor’s degrees account for less than 10% of all undergraduate degrees. These schools break down through the preparation they intend for their students–either for a career or a transfer to a 4-year institution.

Certain schools offer degrees, programs, and classes focused on a single (or related) field of study. These can include medical schools, theological schools, art schools, design schools, and so on. These kinds of schools have very specialized courses and faculty members, ensuring a focused education for the students.

We hope this breakdown clarifies a few questions or misconceptions. Want to see how the schools you’re interested in are categorized? Check out College Raptor’s college pages to see all that information and more!