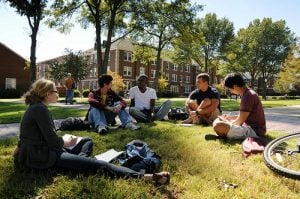 A city with a high population must have a lot of different groups and types of people. It is understandable we want to apply the same principle to universities. The bigger the campus, the more diversity it has, right? But studies have proved wrong what we’ve been believing for years now. Diversity on campus works the other way around, and small colleges and universities are actually the ones with a more integrated feel to their student bodies.

Lately, student groups all across the United States have been protesting in order to get their universities to be more accepting and lessen racism among the students and professors. These protests woke many investigators’ attention, who started working on the topic. One investigation was based on the Herfindahl-Hirschman Index (HHI), a calculation that helps measure diversity in different aspects, such as biology or business. Five ethnic distinctions were used: White, Black, Hispanic, Asian, and Other (those who couldn’t be identified with any of the previous four), and the study was only applied in universities with a student body of 500 students or more. The analysis showed universities like UCLA in California, a big university, have a very diverse student body.

Why smaller colleges have more diversity

Students who attend small universities socialize more with people who are different than them. There is a higher probability they will have a class or a friend in common. In small universities, people get to become closer to their classmates and teachers. They see them more often and remember their faces and names. Smaller universities have a more intimate and personalized environment. They represent a community better and because students attend classes with a small number of classmates. They can get to know everyone they share it with. These students tend to be more innovative and creative because the spend lots of time surrounded by people who are different from them.

How it’s different in larger colleges

The situation changes in bigger universities. One may see someone today and don’t see them again for two weeks, maybe even more. The probability of bumping into someone you don’t know and starting a conversation with them at a big campus is lower. Thus, you tend to socialize only with people you really know, people who will perhaps share your ethnicity. So even though this type of university has more diversity in sheer numbers, students tend to socialize with others like them. They are in the same situation; therefore, they have something in common.

Bigger universities have a more diverse population due to their big amount of students. The bigger the quantity, the more probability there is that different types of people will coexist together. But the feeling of acceptance of those differences is not as strong as in smaller colleges. Just because a campus has a very diverse student body, doesn’t mean its administrators have achieved all of their diversity goals. A diverse university should do more than just admitting students from different cultures and racial backgrounds. It should be able to extend its diversity to the faculty, the education and its environment. It should help people with different cultures mix and create a feeling of belonging.