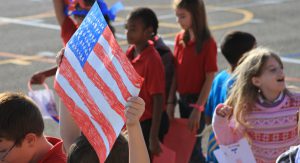 With Election Day swiftly approaching, some of us are anxiously waiting to vote for our preferred candidate. Others may still be undecided as to who they are going to vote for. Here at College Raptor, education is certainly a priority. Whether you are a parent, professor, student, or simply passionate about education, it is a complex issue worth learning about.

In the spirit of this exciting political season, we would like to share with you an unbiased look at the Presidential candidates’ views and plans of action on education for those who may be undecided or otherwise curious.

According to the official Donald J. Trump campaign website, Mr. Trump strongly advocates for school choice in America with the intention of minimizing inequity between schools and the quality of student education. Essentially, school choice allows K-12 students to attend any school. They would like to allow those living in poverty or attending under-funded schools to attend more advantageous institutions. As far as funding, Donald Trump plans to administer a grant of $20 billion toward this school choice initiative. States would be able to allocate their funding toward each student as they make their school transition to either public or private institutions. The grant would favor students choosing to attend a private, magnet, or charter school in order to motivate and support students to elect more highly renowned schools. Donald Trump is not supportive of Common Core Standards

In terms of higher education, Mr. Trump plans to collaborate with Congress on reforms to certify that Universities are making an honest effort to minimize student debt. As an incentive for Universities to lower the cost of college. Trump plans to offer federal tax breaks and tax dollars to Universities around the nation.  His overall vision is to grant students the opportunity to not only pursue a 2 or 4-year education. But also an education in vocational and technical skills by providing them with access. Funding and the ability to complete their degree.

Per the Hillary Clinton official campaign website, Secretary Clinton seeks to increase teachers’ wages and scale the amount of computer science classes among U.S schools. In particular, she plans to focus on run-down schools in cities and rural communities. By further utilizing the Build America Bonds program that offers these communities money to reconstruct their school buildings. Specifically, the Build America Bonds program seeks to upgrade classroom energy efficiency and build high-end science labs. In addition, Secretary Clinton wants to dismantle the “school-to-prison pipeline”. She feels that in many marginalized communities, children are too harshly disciplined and plans to dedicate $2 billion to encourage state law reformation surrounding school disturbance laws and instead supply students with social and emotional support. Clinton is supportive of Common Core Standards.

Regarding higher education, Hillary Clinton has indicated that she plans to offer free public university tuition to students whose family makes less than $125,000 by the year 2021. She also wants to make community college free and reduce student loan interest rates. Her administration would put up $25 billion to support minority education institutions. Including those who primarily serve African American and Hispanic students. 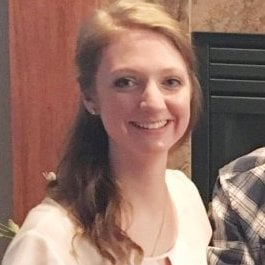 Author: Laura Davison
Laura Davison is the Marketing and Content Specialist at College Raptor. She is a senior at the University of Iowa studying communications and entrepreneurial management.