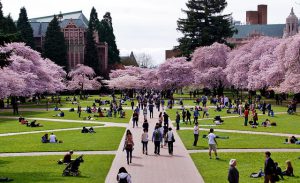 Selecting a college major can be both a rewarding and confusing enterprise. Majors can range from general to niche. You can double major, switch majors, select a specialization within your major. But with all these options available, misconceptions and myths can muddy the water.

Here are a few common myths about college majors:

I have to declare a major before I get to college

While ideally, you would have an idea of what major you want to declare, you don’t have to know straight away. Many freshmen come into college as “undeclared” and take a few classes before they settle on an area. If you aren’t entirely certain what major you want to pursue, think about your favorite classes—what subjects are they in? Research majors related to those topics; now you have a direction to go in!

Only the classes in my major matter

True, a college might calculate your overall GPA and your major GPA individually, but your gen ed classes still matter. Don’t put less effort into them and think you can get away with it. Gen ed classes are meant to round you out and give you a broader education, take advantage of that.

A major in the liberal arts is basically useless

First off, many people confuse the humanities and liberal arts—check out this article to learn the difference. Second, it’s hard to say that any major is useless. Employers are looking for skills, not necessarily the content on what you studied. English Majors, for example, may have intently studied Shakespeare, but it’s likely that their ability to think critically, analyze, write, and communicate well will be the reason they are hired. Every degree teaches a valuable skill-set.

Maybe you’ve heard that if you want to be a doctor, you have to major in biology as an undergraduate student. Not necessarily true. While you should try and pick a relevant major, what is more important is taking all the required classes and doing well in them to continue on your premed path. Again, the skills themselves are what is important.

If I major in business, I’m guaranteed a good job after graduation

No major guarantees anything. It’s what you do with that degree and education you’ve worked hard for that determines success. So don’t bank your post-graduation life solely on what major you earned.

Whatever I major in determines the rest of my life

Again, no major guarantees anything. You may major in engineering and discover later that you really enjoy marketing. Maybe you got an education degree but fell in love with statistical analysis.

Interested in which colleges have the major you’re interested in? Check out College Raptor’s free match tool to discover!